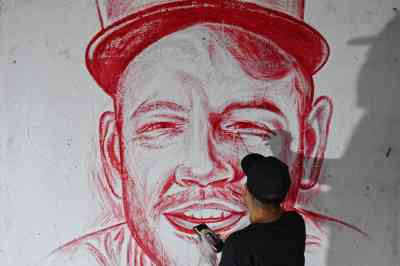 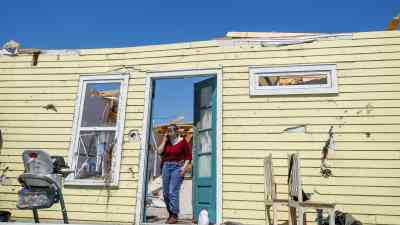 A woman stands in what remains of a home after a tornado in Arabi, Louisiana 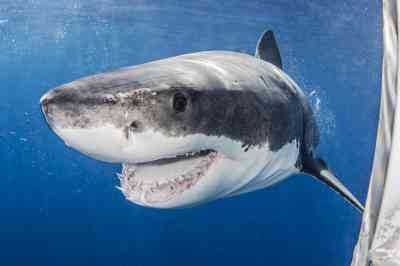 Ken Kiefer, 52, an underwater photographer from Texas, thought this great white shark off Guadalupe Island, Mexico, had “turned to share his love with me” 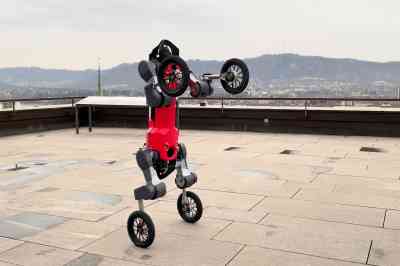 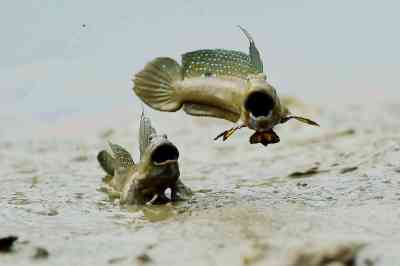 Come dance with me: male mudskipper fish on an estuary in Taiwan launch themselves into the air, flapping their fins, to get female attention 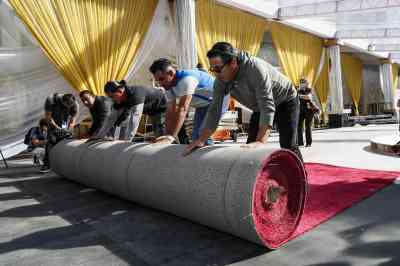 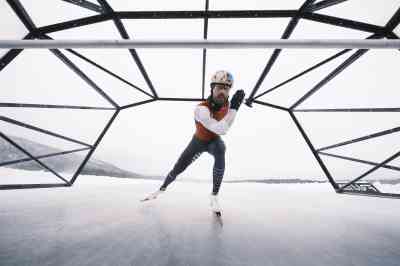 The Dutch Olympic champion Kjeld Nuis breaks his own world record to reach 64 mph on Savalen Lake in Tynset, Norway 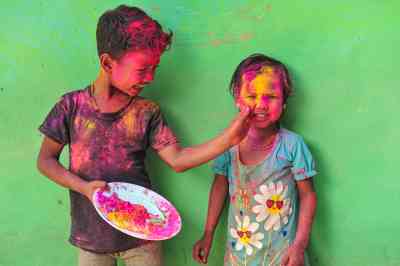 Bangladeshi children from Khan Tea Garden have their faces painted for Holi, the Hindu festival of colors to mark the onset of spring 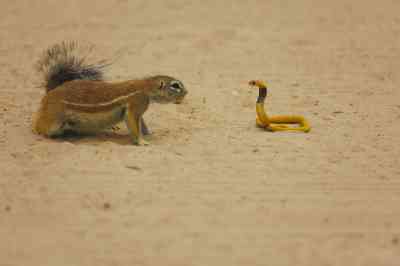 A squirrel has a face-off with a cobra capable of killing a person with one bite. It dodged the snake’s lunges and scared it away from holidaymakers in Botswana 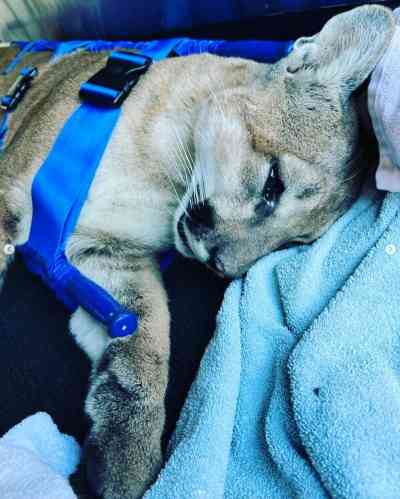 Police sedated a two-year-old mountain lion seen running towards a shopping center in California. He will be released after health checks 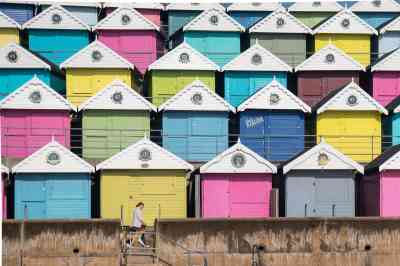 A dog walker enjoys a taste of spring at Walton-on-the-Naze, Essex 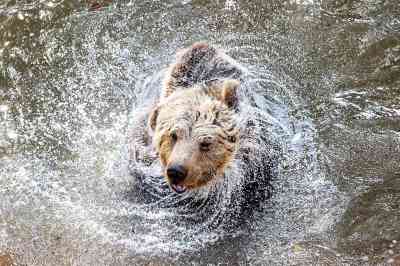 Mish and Lucy, two brown bear cubs found abandoned in Albania, use a round drain cover for a game of pebble skimming at Wildwood Escot animal park in Devon 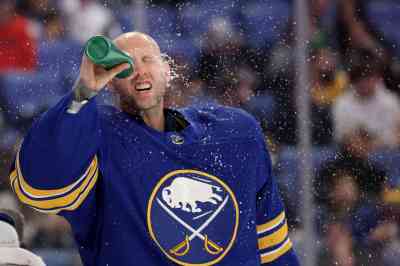 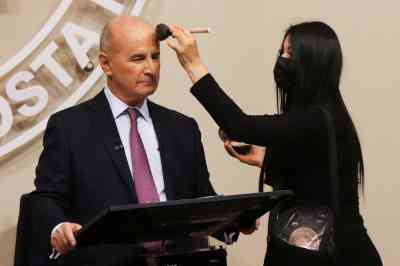 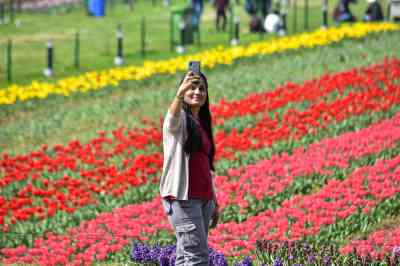 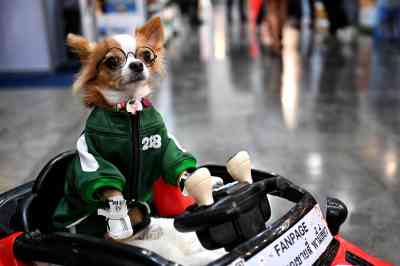 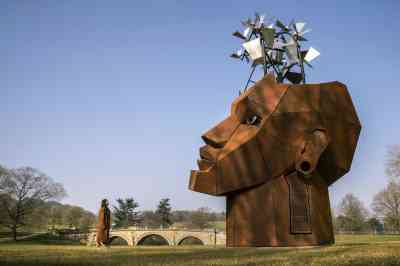 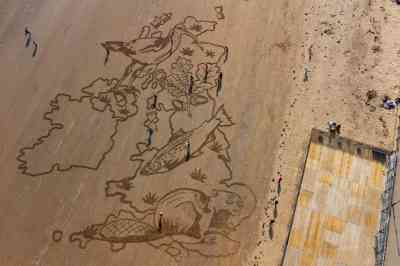 Artists draw an oak leaf, a curlew, a salmon and a beaver in a map of the United Kingdom. The sand drawing on Scarborough beach was washed away by the tide, symbolizing the alarm of young people at the disappearance of British wildlife 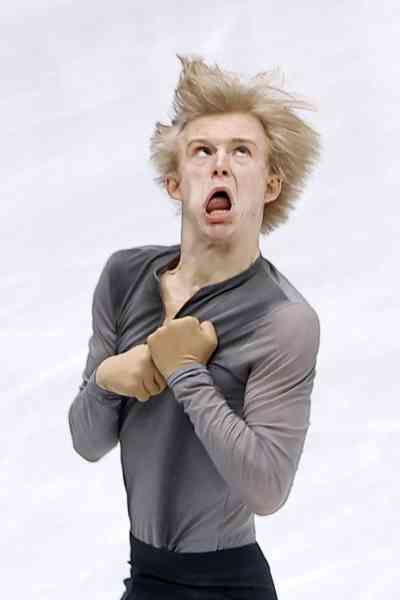