A man kick-starts his day with an exercise routine at a public square in Yantai, Shandong province of China 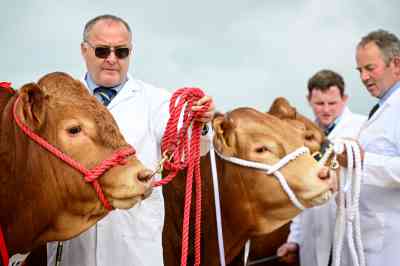 Cattle judging at the Westpoint Arena and Showground in Clyst St Mary near Exeter. The Devon County Show dates back to 1872 and is seen as a barometer of the health of the farming industry 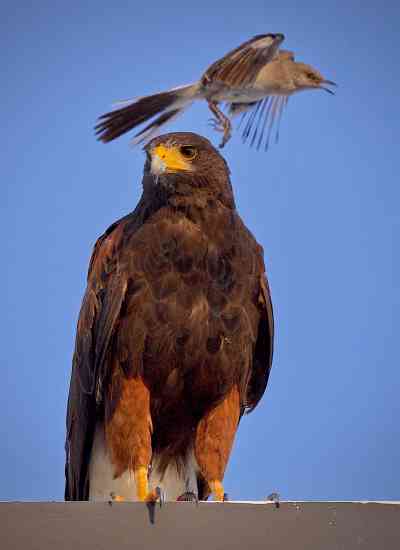 A mockingbird lives up to its name as it buzzes a Harris’s hawk in Scottsdale, Arizona. The smaller bird was probably guarding fledglings near by, though the raptor seems unruffled by the overhead display 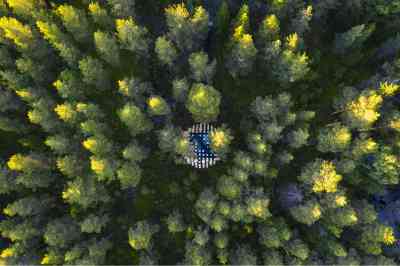 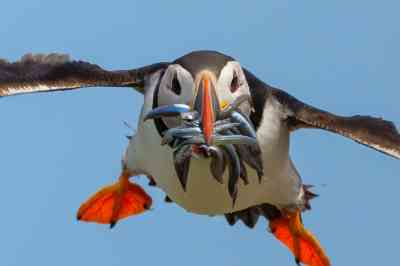 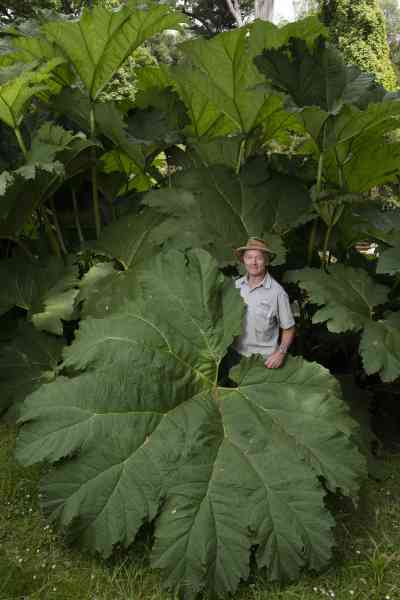 Ideal weather conditions have resulted in 10ft-wide leaves on a Gunnera Manicata, or Brazilian giant rhubarb plant, nurtured by the curator Steve Griffiths at Abbotsbury Suptropical Gardens in Dorset 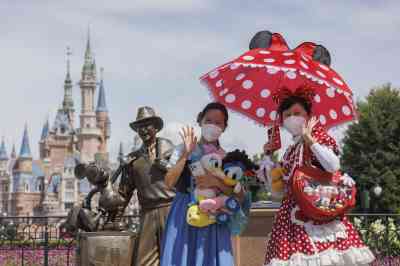 Shanghai Disneyland has reopened with a limited capacity as Covid restrictions are eased in the Chinese city. Visitors must show proof of a negative test 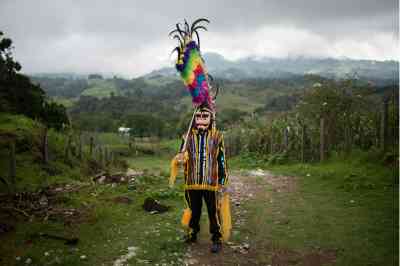 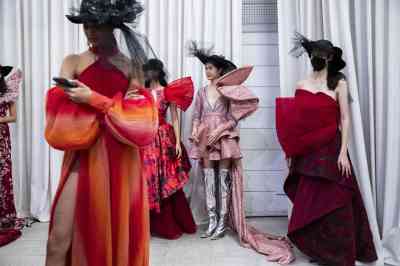 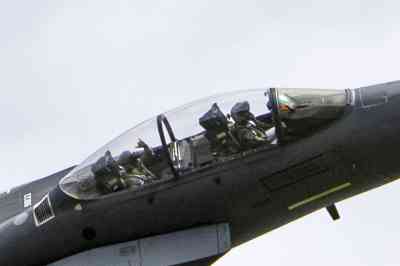 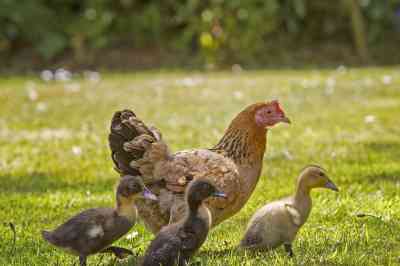 A bantam hen called Ginger has played adoptive mother to duckling chicks, Dilly, Daffy and Donald since their eggs were abandoned on a farm in Uttoxeter, Staffordshire 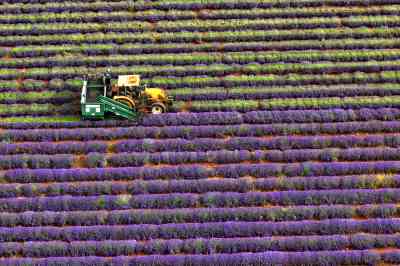 Harvesting of lavender has begun at Norfolk Lavender in Heacham, west Norfolk 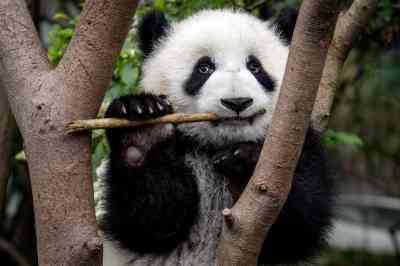 The discovery of a fossil suggests giant pandas have been munching bamboo for at least six million years. It is the earliest evidence of a sixth digit used to grip its staple food. Modern pandas also have an enlarged wrist bone with a thumb-like structure used to manipulate bamboo 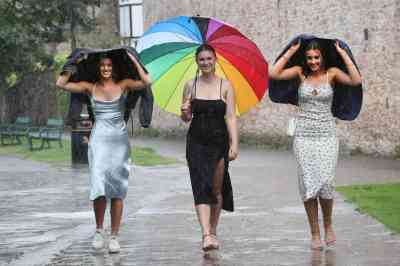 The heavens opened as students at The Blue School in Wells, Somerset, arrived for their end of year prom at the Bishop’s Palace and Gardens 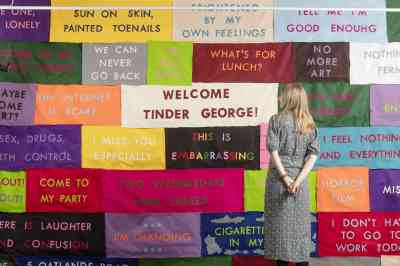 A textile installation by Katie Sonnenberg features in the West Dean Fine Art Summer Show in Chichester, West Sussex, which opens on Saturday. The free exhibition has work by emerging artists studying for their graduate diploma in fine art and master’s degrees 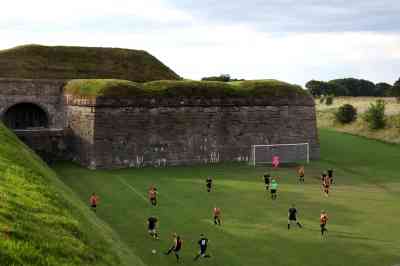 The Berwick Charities Cup marks its centenary this year with matches played at The Stanks, a pitch at the foot of the Elizabethan walls of Berwick-upon-Tweed, Northumberland. Berwick Rangers XI take on the Flying Dutchmen 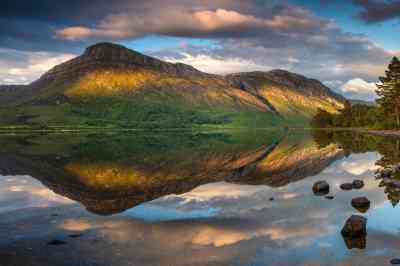 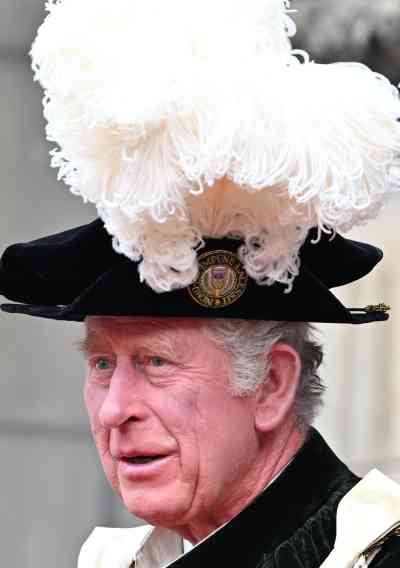 Prince Charles, who is known as the Duke of Rothesay when in Scotland, attends the Thistle Service at St Giles’ Cathedral in Edinburgh 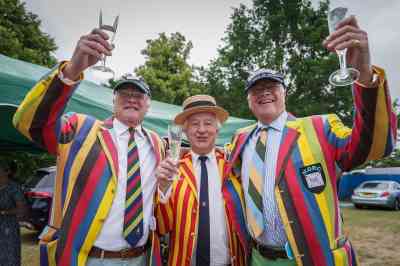 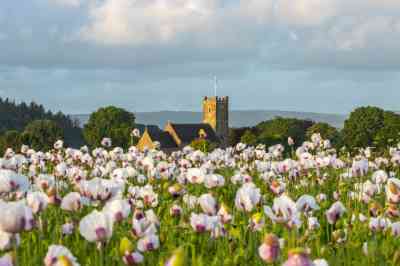 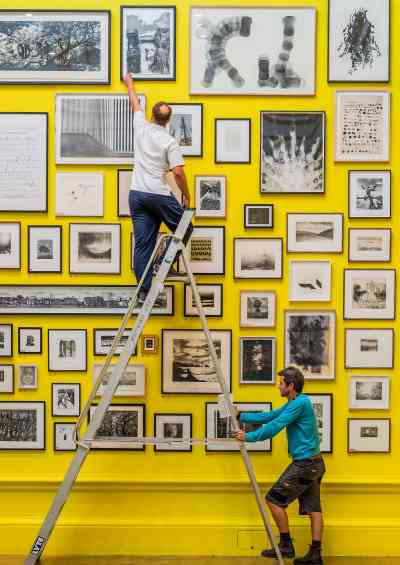 Two rooms of works called Art in Mayfair, which have been curated by Grayson Perry on the theme of climate, are on display at the Royal Academy Summer Exhibition. It runs for six weeks until July 31