Troopers of the Household Cavalry Mounted Regiment struggle to restrain their horses during the major general’s annual inspection. It is a test that the unit has endured for centuries, and one they must pass in order to participate in state ceremonial duties, as well as this year’s celebrations for the Queen’s Platinum Jubilee 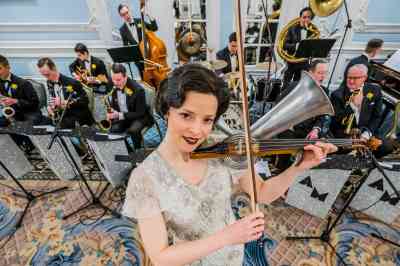 Rebecca Smith plays the Stroh violin with Alex Mendham and his Orchestra at the Savoy in London to raise funds for Ukraine. In the 1920s and 1930s the Savoy Orpheans band was a household name and for this collaboration the orchestra is calling itself the New Savoy Orpheans 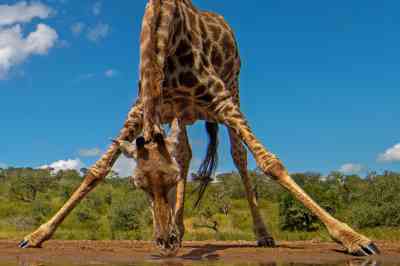 A giraffe does the splits at a watering hole in the Zimanga private game reserve, South Africa 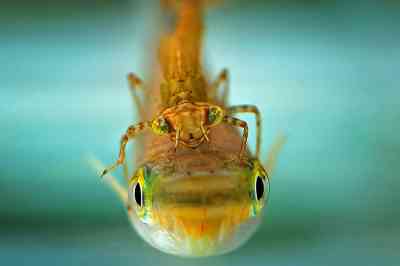 A damselfly larva hitches a ride in the Suranadi forest in Lombok, Indonesia. It is a rare sight because the creatures usually maintain their perch for only a few seconds 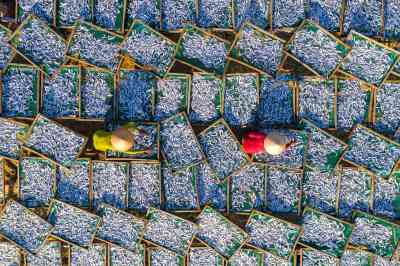 Crates of anchovies are laid out to dry at a market in Quang Nam province, Vietnam 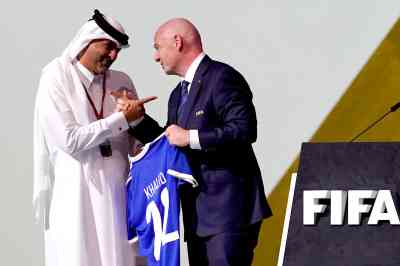 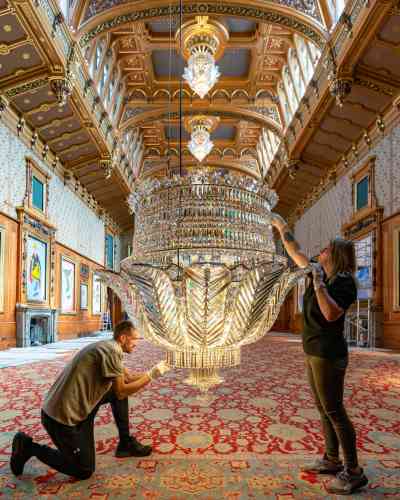 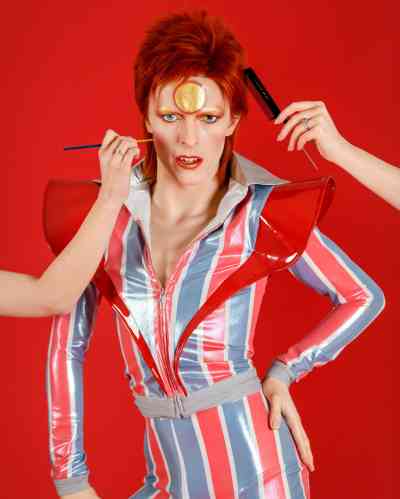 Madame Tussauds London unveils a new figure of David Bowie, part of its line-up in its revamped music festival zone. Stormzy, Freddie Mercury and Amy Winehouse have also been immortalized in wax 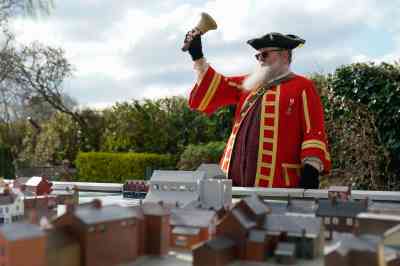 Chris Brown, the town mayor’s serjant and crier of Wimborne Minster, looks over a “model of a model” of the town, which has been created at Wimborne Model Town in Dorset to celebrate the attraction’s 70th anniversary 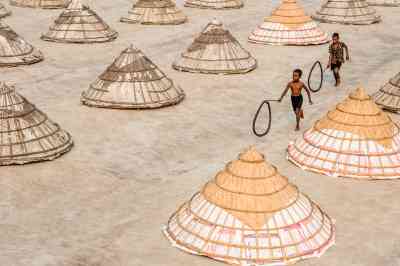 Children play among traditional bamboo rice mills in Brahmanbaria, Bangladesh. After being boiled, the rice is swept into piles by workers and dried for up to eight hours 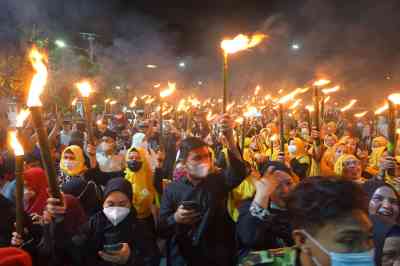 A torch parade welcomes Ramadan in the city of Medan, Indonesia. The country recently lifted Covid restrictions to allow the resumption of traditional practices for the holy month 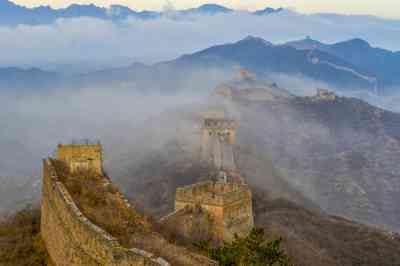 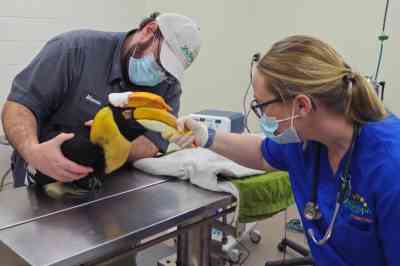 Crescent, a 25-year-old hornbill with skin cancer, is treated at Zoo Tampa in Florida. Vets, dermatologists and biomedical engineers teamed up to create a replacement beak for the bird in the first operation of its kind in the United States. Crescent is now in recovery 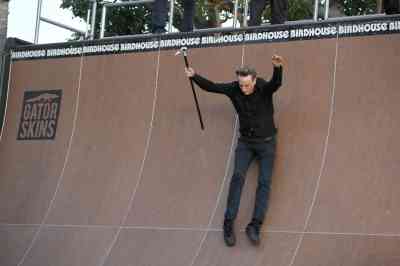 Skateboarder Tony Hawk attends the premiere of the documentary Tony Hawk: Until the Wheels Fall Off at The Bungalow in Santa Monica, California