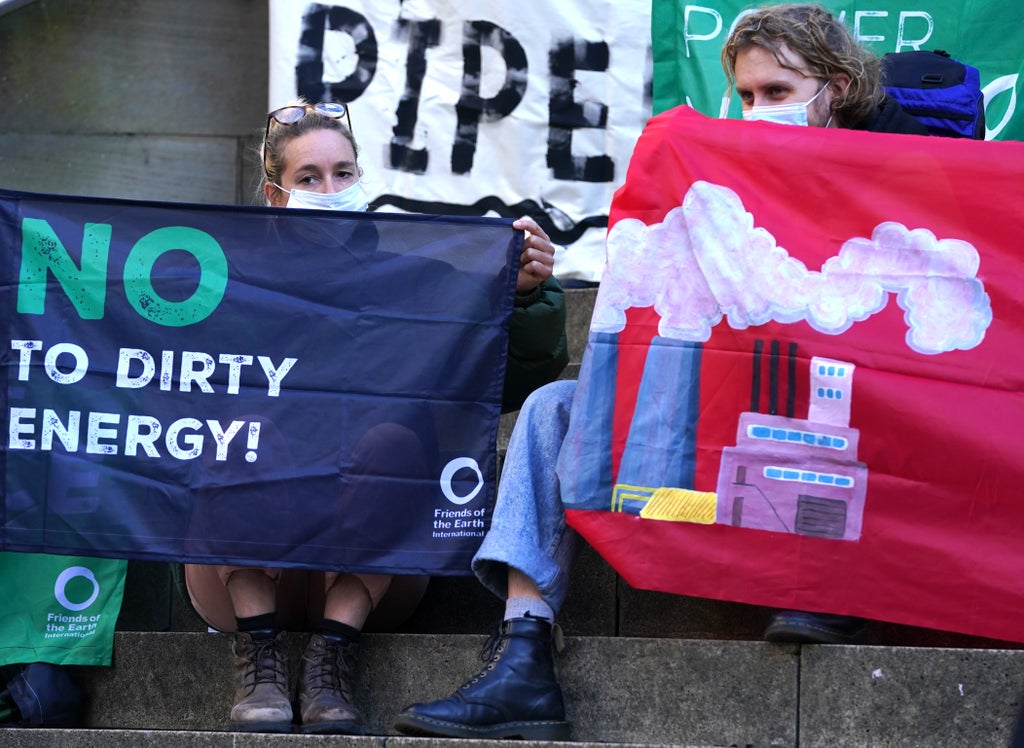 A new oil and gas field in the North Sea has been approved by the UK Government – ​​a move that has prompted a damning response from environmental campaigners.

The Abigail field, which lies about 233km (145 miles) from Peterhead, Aberdeenshire, has been given the go-ahead for construction and is set to cost about 200 million US dollars (£150 million), according to Rystad Energy data.

Tessa Khan, director of Uplift, a campaign group working towards a fossil fuel-free UK, said the new site “only worsens the climate crisis,” and urged the UK Government to stop sanctioning oil and gas developments.

The plans for the new field were given the green light on January 19 by the Oil and Gas Authority (OGA) – just over two months after Glasgow held the world’s Cop26 event where thousands of delegates descended on the city to talk about their methods to tackle the climate crisis around the globe.

Abigail, which is owned by Ithaca Energy, is due to contain 5.5m barrels of oil equivalent, which will be split equally between oil and gas.

Campaigners have claimed that the “tiny” new field will only produce enough gas to meet UK demand for roughly a day and a half.

Ms Khan said: “Why is the Government sanctioning an oil and gas development that will see little to no benefit for UK energy customers or taxpayers, which only worsens the climate crisis, and where the only winners are the oil firm behind the project?

“If we carry on down this path, we’ll be dependent on a very expensive, highly polluting energy source for decades longer than is necessary.

“A serious response from the Government to both unaffordable energy bills and the climate crisis, would see all this investment steered into cheaper UK renewables.

“The Government needs to stop rolling over for the oil and gas industry, stop dishing out licences, and get on with making sure people have access to affordable, renewable energy.”

Caroline Rance, climate and energy campaigner at Friends of the Earth Scotland, said the UK Government should immediately pull the plug on granting further permission for new oil and gas projects.

She said a managed phasing out of existing fields should be done to ensure a “just transition for affected workers and communities”.

“Every new field harms the ability of workers to transition by continuing to channel public money and support into fossil fuels instead of into increasing renewables, creating new jobs and supporting workers to retrain,” she said.

Ms Rance said the announcement is an example of the UK Government “saying one thing and doing another,” having reaffirmed their commitment to “keeping 1.5ºC alive” at Cop26 just months before approving the new field.

“The Government’s so-called climate test is designed to set the bar so low that the oil industry gets to lock us into their climate-wrecking business as usual for decades to come,” she said.

“The simple fact is that there is no such thing as a climate-compatible oil and gas development.

“Climate science is crystal clear that burning fossil fuels is the key driver of the climate crisis and that there can be no new oil and gas fields anywhere in the world if we’re to limit warming to the 1.5C limit.”

Both campaigners echoed the United Nations general-secretary Antonio Guterres’s comments saying the Intergovernmental Panel on Climate Change (IPCC) report last year must “sound a death knell for coal and fossil fuels, before they destroy our planet”.

In response to the outcry, a spokesperson for OGA said: “Our analysis shows that Abigail will be economic and won’t change the UK’s position as a net importer of oil and gas.

“The OGA will continuously hold the operator to account on emissions reductions as part of our stewardship.”

The authority said oil and gas currently meet 75% of UK energy demand and new field developments, such as Abigail, are already factored into production goals, which say the country is expected to be a net importer to 2050.

It said reducing domestic production would only increase the country’s reliance on imports, often with a larger carbon footprint, so while demand lasts, the industry should focus on local resources.