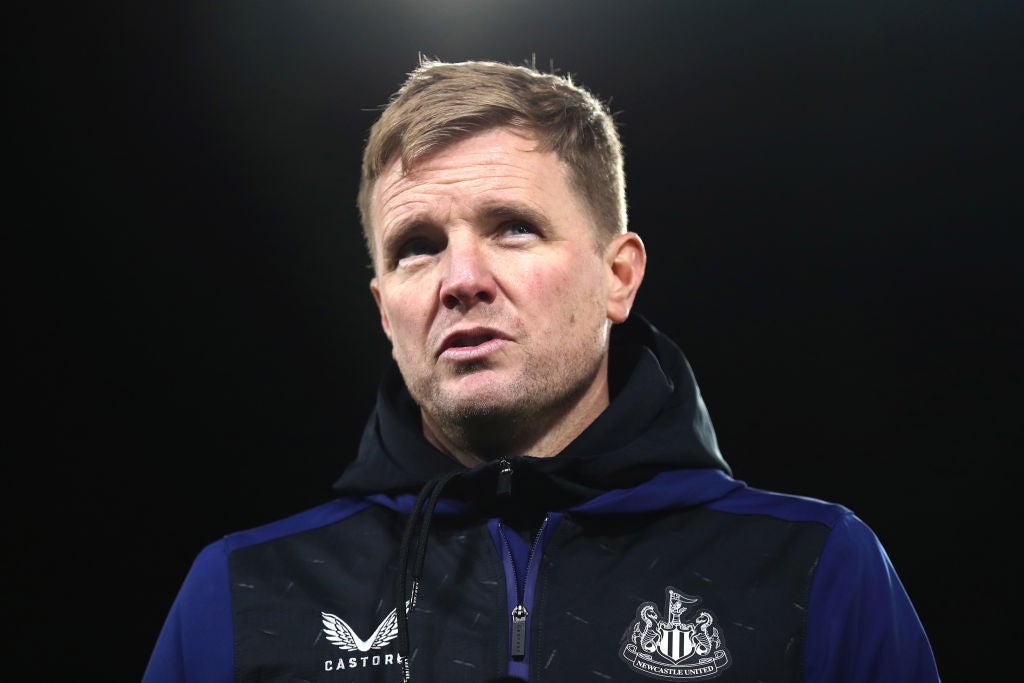 A team struggling for form, a club without a cohesive sporting direction. Several late signings in January made in a bid to escape the threat of relegation and a newly installed manager, with the mandate of overseeing an instant gelling of new faces and underperforming regulars – despite having been out of work beforehand for just over a year.

It doesn’t paint the prettiest of pictures – and it also doesn’t refer specifically to one team or the other ahead of Tuesday night’s crucial meeting between Newcastle United and Everton.

Dismally, it’s the situation both Eddie Howe and Frank Lampard find themselves in, a brand-new captain aboard a rudderless ship, loaded with a fair amount of plunder perhaps but with no map or even idea of ​​how to get somewhere where those riches can shine . For all the talk at the top end of the table about how Manchester United, for example, have been unable to implement a structure to allow their spending to lead to successes, down the other end of the Premier League these are the two clubs most in danger of such shocking underperformance that they will be repairing the damage in the Championship next season.

The Magpies, of course, are only newly rich, but there have been big outlays all the same. This past summer for example, the decision was made by the management to spend it all on a single player, Joe Willock, who hasn’t quite been able to hit the heights of his loan campaign. The style of football wasn’t conducive to winning ways or enjoyment in the stands, and Steve Bruce paid the price after the takeover.

Partly through enforced timing and partly through an obvious incompetence when held up against the sport’s leaders, Newcastle have since lurched from one idea to another, few of them seeming to be part of the same masterplan. Howe is in place, but what similarities he shares in game plan, tactics and coaching style with Unai Emery, let’s say, is up for debate.

Similarly, a team deciding they require a centre-back with the traits of Sven Botman, then of Diego Carlos, then of Dan Burn, is not one which has too much joined-up thinking or long-term guidance in place yet. Regardless of opinions on the overall quality of the trio, stylistically – and even physically – there is a real discrepancy from one to the next.

Much the same can be said about their visitors on Tuesday.

This is a club who first dispensed with their sporting director, then made transfers, then sacked the manager who wanted them.

Everton have been nothing short of a shambles for quite some time now, staggering from one coaching appointment to the next with little linking them in terms of playing style, emphasis of build-up play in particular areas of the pitch or even formation at times. Who decided it was a cultural call to sign players for Ronald Koeman’s more patient and at-times expansive build-up play, then appoint Sam Allardyce to oversee that squad? Why go from the crowd appeal and excitement of Carlo Ancelotti to the obviously divisive and more pragmatic appointment of Rafa Benitez?

Even their latest appointment swung wildly across the tactical spectrum.

Early on they targeted their attack-minded, possession-based former boss Roberto Martinez – then Vitor Pereira, who at Fenerbahce used a back three and put far more emphasis on positional play against transitions. Eventually they arrived at Frank Lampard, a back-four man for the most part so far – and all that via Wayne Rooney, who has only just hung up his boots and has fewer than 20 career wins to his name as manager.

What is the grand plan? What do they want to be and who is writing out the roadmap how to get there? And exactly why did they sign more than one No 10 in the same transfer window, again?

It’s not as if the great Vlasic-Sigurdsson-Klaassen-Rooney fandango of 2017 worked out too well for them, is it? Maybe Dele Alli and Donny van de Beek will do better.

It’s arguable that Lampard’s job for the rest of this season is not so much a tactical one, as a task of man management. The Toffees have quality in the squad but it needs to come to the fore quickly. Lose this game and they’re just one point above Newcastle. In Everton’s final 12 games of the season, they play nine of the current top 10. Form does not suggest they’ll win too many of them, so a fast impact from new faces is vital.

And so, back to talking about both teams at eleven.

Defeat in this game against a real relegation rival will signal despondency, if not outright doom just yet. The lift of atmosphere and optimism that new arrivals can bring will dissipate quickly if they don’t lead to improved performances.

By recent form, one win in the last six in the league shows that matters were not improving fast enough before the transfer window shut; one in seven after a final-day scramble will have the nerves jangling a whole lot more.