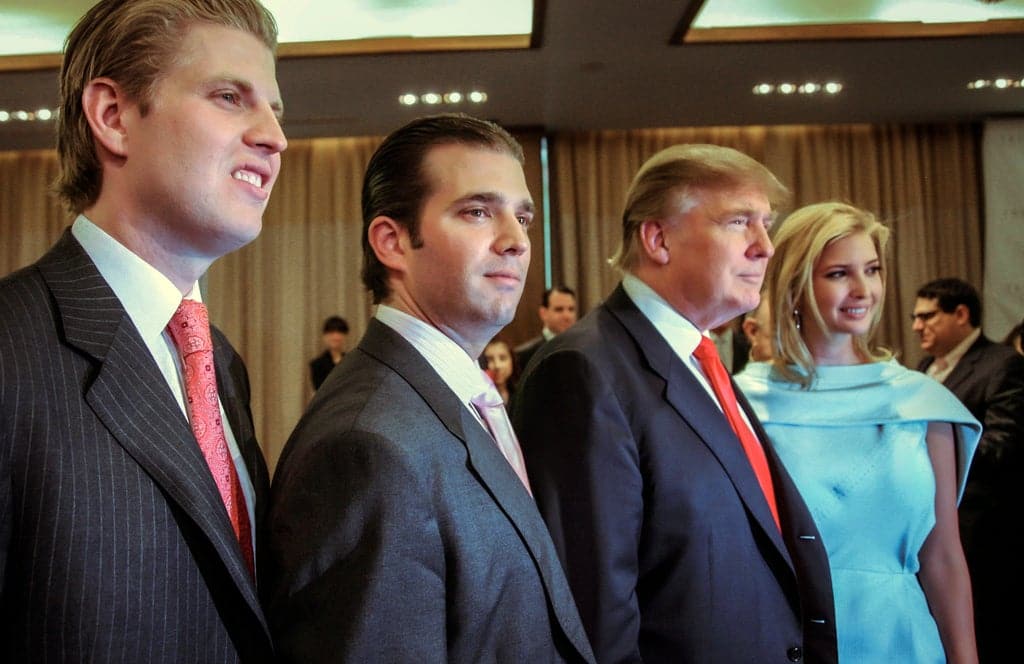 New York Attorney General Letitia James has filed a motion asking the state Supreme Court to hold Donald Trump in contempt for failing to turn over evidence as part of her investigation into his family’s business, with $10,000 daily fines for every day he has refused to comply with to court order.

“The judge’s order was crystal clear: Donald J Trump must comply with our subpoena and turn over relevant documents to my office,” she said in a statement on 7 April. “Instead of obeying a court order, Mr Trump is trying to evade it. We are seeking the court’s immediate intervention because no one is above the law.”

Her office has pursued a wide-ranging civil probe into the Trump family and its New York-based Trump Organization, which she has accused of “fraudulent or misleading” practices, including repeatedly misrepresenting the value of assets, “to obtain a host of economic benefits, including loans, insurance coverage, and tax deductions.”

The former president and his children have sought to quash subpoenas for their sworn testimony, accusing the attorney general of launching a political witch hunt, and have sued her office in federal court in an effort to end the investigation or recuse herself from it.

In February, Judge Arthur Engoron rejected the former president’s attempt to evade the subpoena, and Mr Trump faced a 31 March deadline to produce documents as part of Ms James’s investigation into his financial dealings – a date to which both Mr Trump and the attorney general agreed .

The Trump family was ordered to sit for sworn testimony and submit documents related to his organization’s financial condition, which his own accountants at the firm Mazars USA recently determined are unreliable.

Not only did Mr Trump “not comply at all” with the court order, he served a “response” to the office of the attorney general “raising objections to each of the eight document requests in the subpoena based on grounds such as overbreadth, burden , and lack of particularity,” according to the motion from Ms James’s office.

“This court’s order was not an opening bid for a negotiation or an invitation for a new round of challenges to the subpoena,” according to the motion. “It was, rather, a court order entered after full briefing and argument during which Mr Trump could have, but did not, raise any of the purported objections or assertions he has now raised.”

The motion asks the state Supreme Court to weigh daily ends of $10,000 against Mr Trump to “coerce his compliance” with the subpoenas.

No charges have yet been filed, but filings from her office mark the most detailed account yet following long-running allegations involving the Trump Organization and his family.

The investigation is parallel to a criminal probe from the Manhattan District Attorney’s office, zeroing in on the former president’s use of “statements of financial condition” in seeking bank loans and insurance policies. That office indicted the company and its chief financial officer, Allen Weisselberg, on criminal tax fraud charges last summer.

Two prosecutors from that office left their roles following an apparent reluctance to move forward with indictments.

The Independent has requested comment from the spokesperson for Mr Trump.