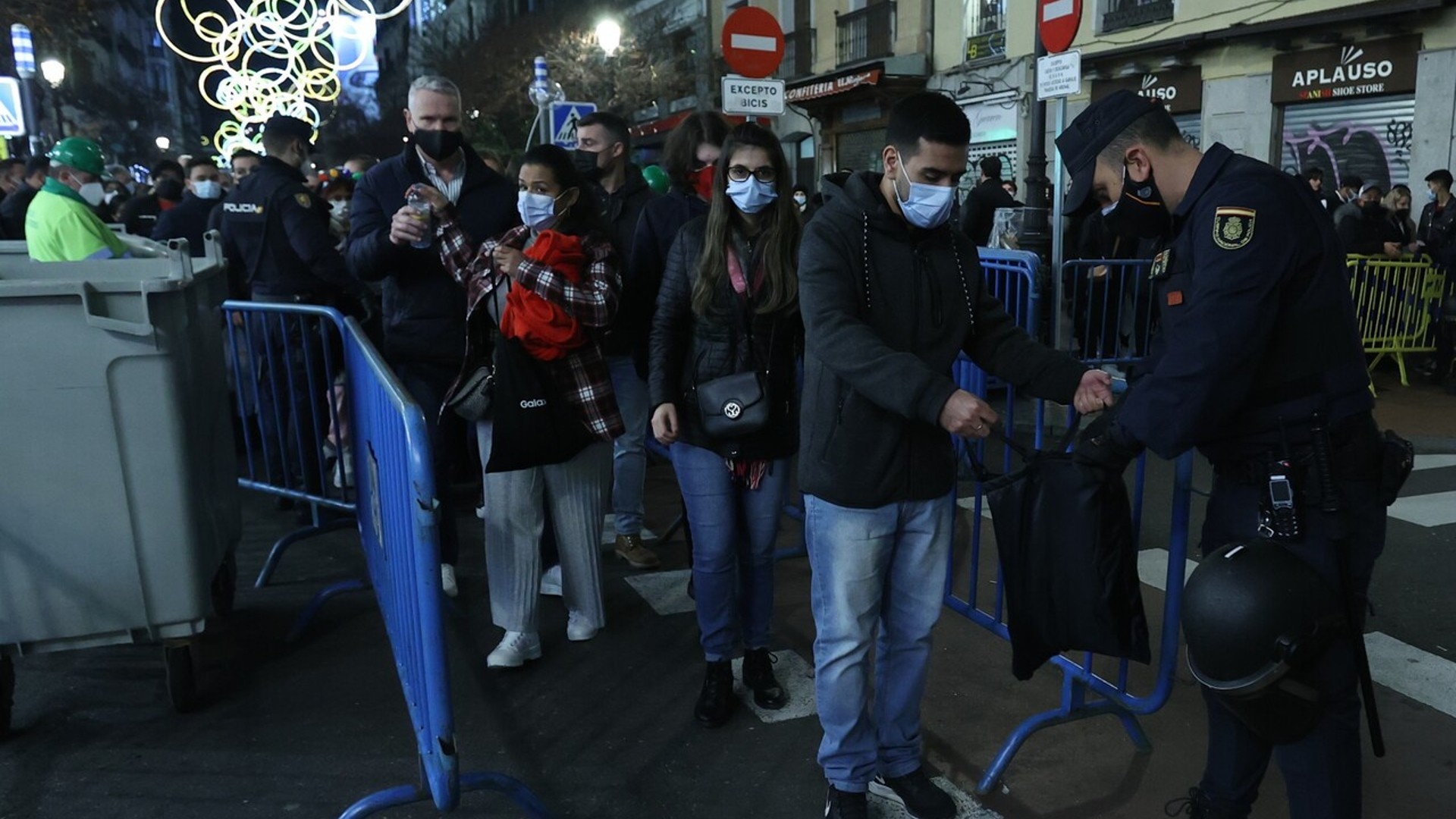 The year 2021 ends and most of the autonomous communities register a record of infections in the coronavirus pandemic.

The Ministry of Health will not update the unified data until next Monday. However, the figures released this Friday by the regional health services point to an upward trend.

In Aragon, the authorities have quantified 6,324 new positives, with a total number of 220,789 cases since the beginning of the pandemic.

Baleares It has detected 1,973 new cases in the last 24 hours, so the total number of infected people stands at 23,008. There are currently 296 COVID-19 patients in hospitals, 61 of them in intensive care.

Cantabria has added 1,394 infections, 31 less than the previous day, in a region where the cumulative incidence over fourteen days stands at 1,698. The number of admitted patients has gone from 116 to 118, according to data from the Cantabrian Health Service.

The Valencian Community has also exceeded the record of daily infections of the entire pandemic by exceeding the 11,000 infections this Friday, specifically 11,822, a figure that exceeds the highest so far and that was recorded on January 20, when 9,810 cases were counted.

Galicia has reported 5,797 new infections, which brings the number of actively infected to 41,800, according to the daily balance of the Xunta, which indicates that hospital pressure has stabilized.

The Rioja, with a cumulative incidence of 2,269 cases per 100,000 inhabitants, this Friday reached the 6,510 active cases, the highest figure of the entire pandemic, after registering 940 new infections in the last day.

Madrid It closes 2021 with 18,303 new infections compared to the 21,364 that were reported this Thursday, the maximum in the entire pandemic, and with more hospital pressure: 1,605 admitted and 234 patients in intensive care units.

In addition, this Friday the deaths have increased: 14 more deaths, compared to 8 on Thursday, according to the daily epidemiological report of the Community of Madrid. The total count of cases rises to 1,151,751 since the pandemic began.

For the fourth day in a row, Murcia exceeds the number of infected people until reaching 3,471, a day after it reached 19,443, which is the top of active cases counted since the start of the pandemic.

Navarra has set a new record this Friday with 3,791 new positives, in a day in which three people have died and 17 have required hospitalization, two of them in the Intensive Care Unit.

The Autonomous City of Ceuta ends the year with a new increase in infections, the largest since the pandemic began, since this Friday 171 positives have been reported, with 800 active positive cases.

In Melilla, 173 new positives and 961 active cases have been registered.

Faced with this situation, the Minister of Defense, Margaret Robles, has called for responsibility and insisted on the importance of immunization, after recalling that the vaccine “is life insurance”, both for the recipient and for the people around him.

Robles, in statements to journalists, has insisted that the new variant is highly contagious, although “less serious” than the previous ones, and that the essential thing at this time is that “everyone gets vaccinated.”