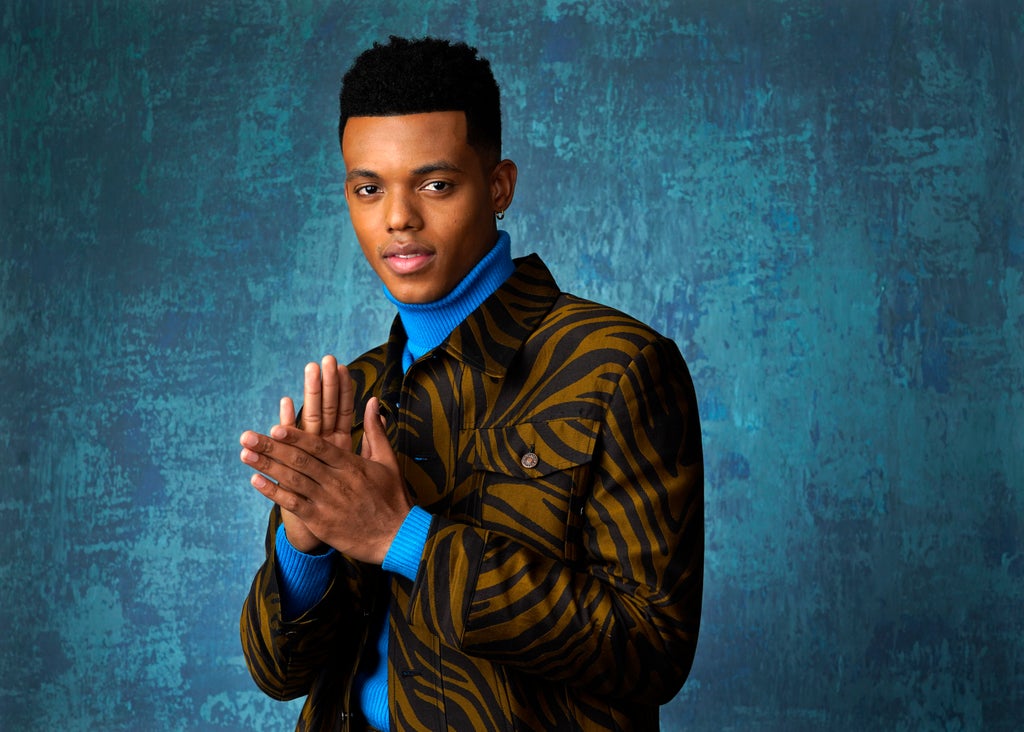 Jabari Banks knew he was close to getting the starring role of Will in “ Bel-Air,” the dramatic take of “The Fresh Prince of Bel-Air,” but his confidence started to wane when he was asked to do one more Zoom audition with show director Morgan Cooper.

“I’m like, ‘I don’t know what he wants to see, but I’m gonna give him everything I got,’ recalled the 23-year-old in a recent interview. “I was like, ‘I’m gonna put everything into this audition.’”

Banks found a quiet place — a friend’s closet — and logged in, only to see a very familiar face staring back at him, Will Smith.

And then in true Smith exuberance, the superstar directed Banks to invite those with him to join the Zoom. “He was like, ‘Where is everybody? Go get them,’ said Banks. So a lot of my friends met Will.”

And that’s how Banks became the (new) prince of Bel-Air. The series is streaming on Peacock with a new episode on Thursdays.

Cooper says searching for the actor to play the new Will was not an easy task, and that he was looking “for a unicorn.”

The parallels between Smith and Banks seem tailor-made for Hollywood. Like Smith, Banks is from west Philadelphia. He’s also a musician working on his own EP, which he says is a mix of R&B, hip-hop and alternative genres, and plans to release it later this year. He also loves fashion and “The Fresh Prince” was a trend-setting show.

Banks says he’s taking this huge opportunity “one day at a time,” and cites an anecdote from Smith’s autobiography, “Will,” about his father assigning him and his brother to build a wall brick by brick.

“I’ve been following that motto and going about my day to day like that,” he said.

The series, now streaming on Peacock, was immediately given a two-season order.

“Bel-Air” was conceived by Cooper, a filmmaker in Kansas City who taught himself to shoot film on a camera bought at Best Buy. He grew up loving “The Fresh Prince” and believed the premise of the show could still work today — but also reflect the times.

“If you remove the laugh track from the sitcom and really look at the scenario from a bird’s eye view, the story really lends itself to drama. A young Black men from west Philadelphia gets into a scuffle and is forced to relocate across the country. What does that look like in modern day life? It lends itself to some really interesting dramatic moments that are rooted in very real conversations.”

Cooper famously made a trailer for this idea using local actors and uploaded it to YouTube. Not even 24 hours later, Smith’s production company, Westbrook, reached out for a meeting. Two weeks later Cooper flew to Miami to meet Smith where he was filming “Bad Boys for Life.” Things took off, two seasons were ordered, and the first three episodes dropped Sunday after the Super Bowl.

In “Bel-Air,” a 16-year-old high school basketball star named Will is playing at a local court when he gets into a scuffle with a gang. The situation escalates quickly, and Will is arrested. Once he’s released, his mother takes him directly to the airport to catch a flight to Los Angeles. She’s sending him to stay with his aunt and uncle and their children de ella, where it’s safer. He’ll enroll in school there until things calm down.

In real life, Banks found himself at a crossroads his junior year of high school. He loved basketball but low grades made him ineligible to play.

Banks’ mom told him, “You have to find something to do after school,” so he joined a theater group. That’s where he says he fell in love with performing.