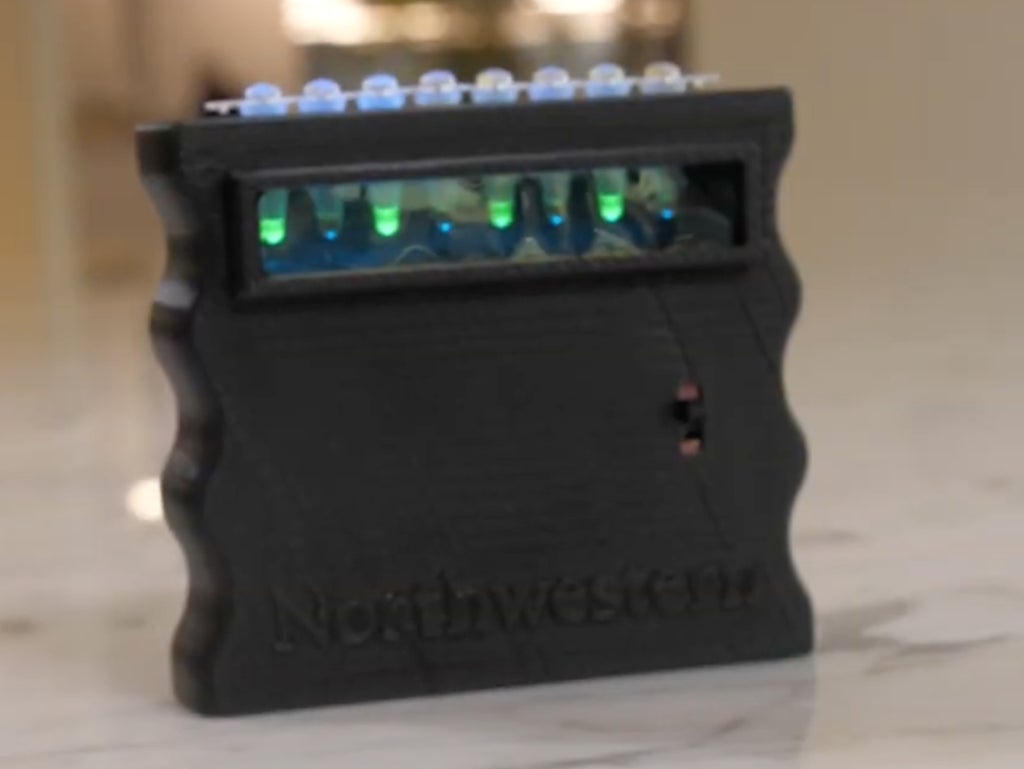 Scientists at Northwestern University have developed a hand-held device that reprograms the building blocks of life – RNA and DNA and proteins – to test if water is safe to drink.

The powerful devices use genetic networks – which mimic electronic circuits – to test for water contamination, and can produce results within minutes.

Details of the development were published in the journal Nature Chemical Biology on Thursday.

The device is built around eight small test tubes, which glow green when a contaminant is detected by the genetic network. If only a small amount of contaminants are found, only one tube will light up. If there is heavy contamination, all eight tubes will glow, similar to how a Geiger counter’s clicks increase in frequency as radiation levels increase.

“We programmed each tube to have a different threshold for contaminations,” Northwestern’s Julius B. Lucks, who led the research, said. “The tube with the lowest threshold will light up all the time. If all the tubes light up, then there is a big problem. Building circuits and programmable DNA computing opens up many possibilities for other types of smart diagnostics.”

The paper’s co-authors include Jaeyoung Jung, Chloé Archuleta and Khalid Alam, who are all Northwestern University scientists.

The device’s technology is based on previous work done by the team, called ROSALIND, which could detect 17 types of contaminants from a single drop of water. The work was named after chemist Rosalind Franklin, and is short for “RNA output sensors activated by ligand induction.”

The device was designed to glow green if contaminants exceeding Environmental Protection Agency standards were found in tested water.

Researchers reprogrammed DNA, RNA and proteins from cells to perform logical functions, which Mr Lucks compared to “molecular taste buds.” If the machinery “tastes” a contaminant at a level exceeding EPA standards, it signals the glow.

“We found out how bacteria naturally taste things in their water,” he said. “They do so with little molecular-level ‘taste buds.’ Cell-free synthetic biology allows us to take those little molecular taste buds out and put them into a test tube.We can then ‘re-wire’ them to produce a visual signal.It glows to let the user quickly and easily see if there’s a contaminant in the water.”

In the latest device, the scientists added a “molecular brain” which allows the device to determine varying levels of contamination during testing.

“After we introduced ROSALIND, people said they wanted a platform that could also give concentration amounts,” Mr Lucks said. “Different contaminants at different levels require different strategies. If you have a low level of lead in your water, for example, then you might be able to tolerate it by flushing your water lines ahead of using them. But if you have high levels, then you need to stop drinking your water immediately and replace your water line.”

The device has numerous practical applications. Mr Lucks and the team of scientists said they believe the device will provide a simple means for individuals to test their own water at home.

It could also be an invaluable tool for field researchers, for individuals living in countries where clean water is more difficult to access, or for hikers and campers who want to test the potability of water sources on the trail.