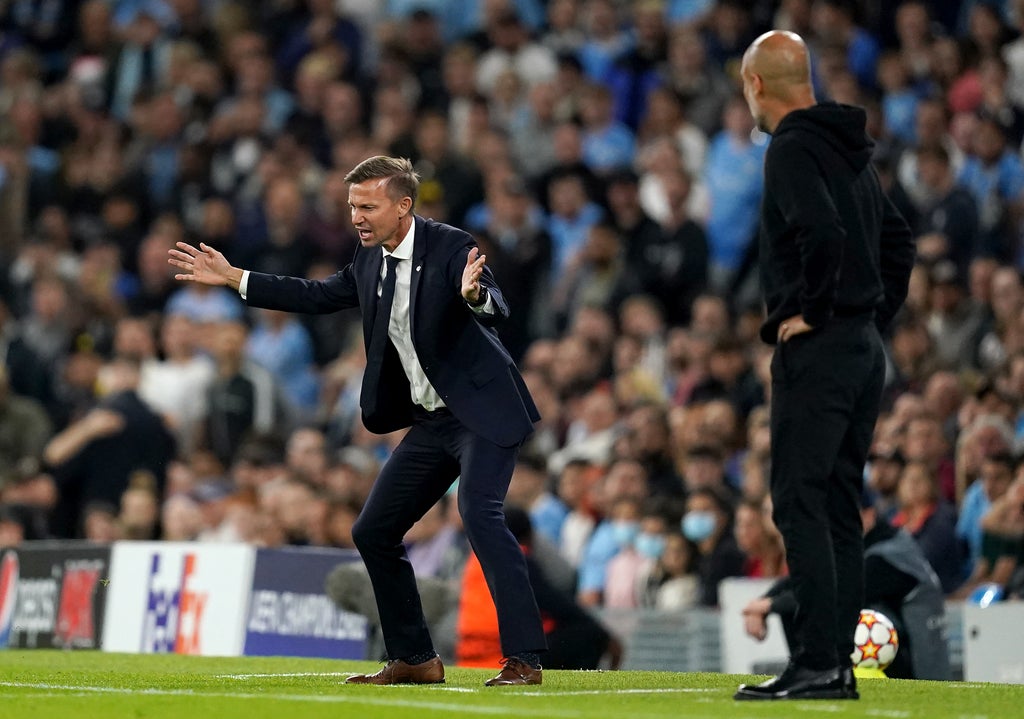 New Leeds head coach Jesse Marsch admits he has “a lot to prove” but has backed himself to win over a fanbase still reeling from the departure of the revered Marcelo Bielsa.

Marsch becomes only the second American to take charge of a Premier League club, following Bob Bradley at Swansea in 2016, after he was named successor to Bielsa, sacked after three-and-a-half highly successful years at the helm.

Owner Andrea Radrizzani insisted he had acted to “secure” Leeds’ hard-earned top-flight status and the club have swiftly appointed a successor, with Marsch signing a deal running to June 2025, pending international clearance.

A two-time winner of the Austrian Bundesliga with Red Bull Salzburg, Marsch last coached at RB Leipzig, whom he left after just 21 games in December, and the 48-year-old believes he can build on what Bielsa has achieved.

“I think almost every job I’ve had, I’ve followed a club legend,” Marsch said on LUTV. “There’s massive challenges to that. I have a lot to prove to our fanbase that I’m the right guy to follow such a hero like Marcelo Bielsa.

“But I think the key is when they see the team play and they play with passion, heart and they show that they’re also intelligent and clear with the playing model and they’re aggressive, then the fans will tolerate the coach even if they don’t like his accent or if he’s not as popular as the previous coach.

“My respect and admiration for Marcelo Bielsa is massive. How he’s helped transform Leeds United into a Premier League team is pretty amazing.

“Everything that’s been done has laid an incredible foundation and coming into this moment I just want to try to do everything I can to help take the club into the next phase of our history.”

Leeds are two points and two places above the drop zone but, with key players due to return from injury in the coming weeks, unhappy supporters wanted Bielsa, the man who restored their Premier League place after a 16-year exile, to see the job through.

Radrizzani saw things differently, though, and made the change, with Marsch the man enlisted to lead a charge away from the bottom three.

“I think I was identified by the club as a good follow-up to what Marcelo has created,” Marsch added.

“I think my style of play, my aggressiveness, the desire I have for teams to be intensive and to run and to make things difficult for the opponent fits with what has been done over the last three-and-a-half years.

“It will be a big challenge to do it in a short period of time and I’ll make sure we evolve in a way that can be successful for what the future may bring but do it now.

“I have to really identify how to do the important and simple things right away and then build complexity as we continue to move forward.”

Marsch took up a position as the United States national team’s assistant in 2010 following his playing retirement.

He had stints with Montreal Impact and New York Red Bulls before a successful spell at Salzburg, where he won the league and cup double in his first season in charge, followed by a short-lived reign at Leipzig.

“We are delighted to welcome Jesse to the club and excited for him to lead us into this new chapter,” Victor Orta, Leeds’ director of football, said on the club’s website.

“Jesse is someone we identified a number of years ago during his time at Red Bull Salzburg and we believe his philosophy and style of football aligns with that of the club and will suit the players very well.

“We have a long-term plan and firmly believe he can take Leeds United to the next level and are excited for what the future holds.”

Leeds’ chief executive Angus Kinnear added: “We are really pleased to have quickly secured the services of our first-choice head coach.

“While the short-term objective for Jesse is obvious, we believe he has the courage and ambition to build on the strong foundations we have created over the last four years and elevate the performance of the club over the long-term.”