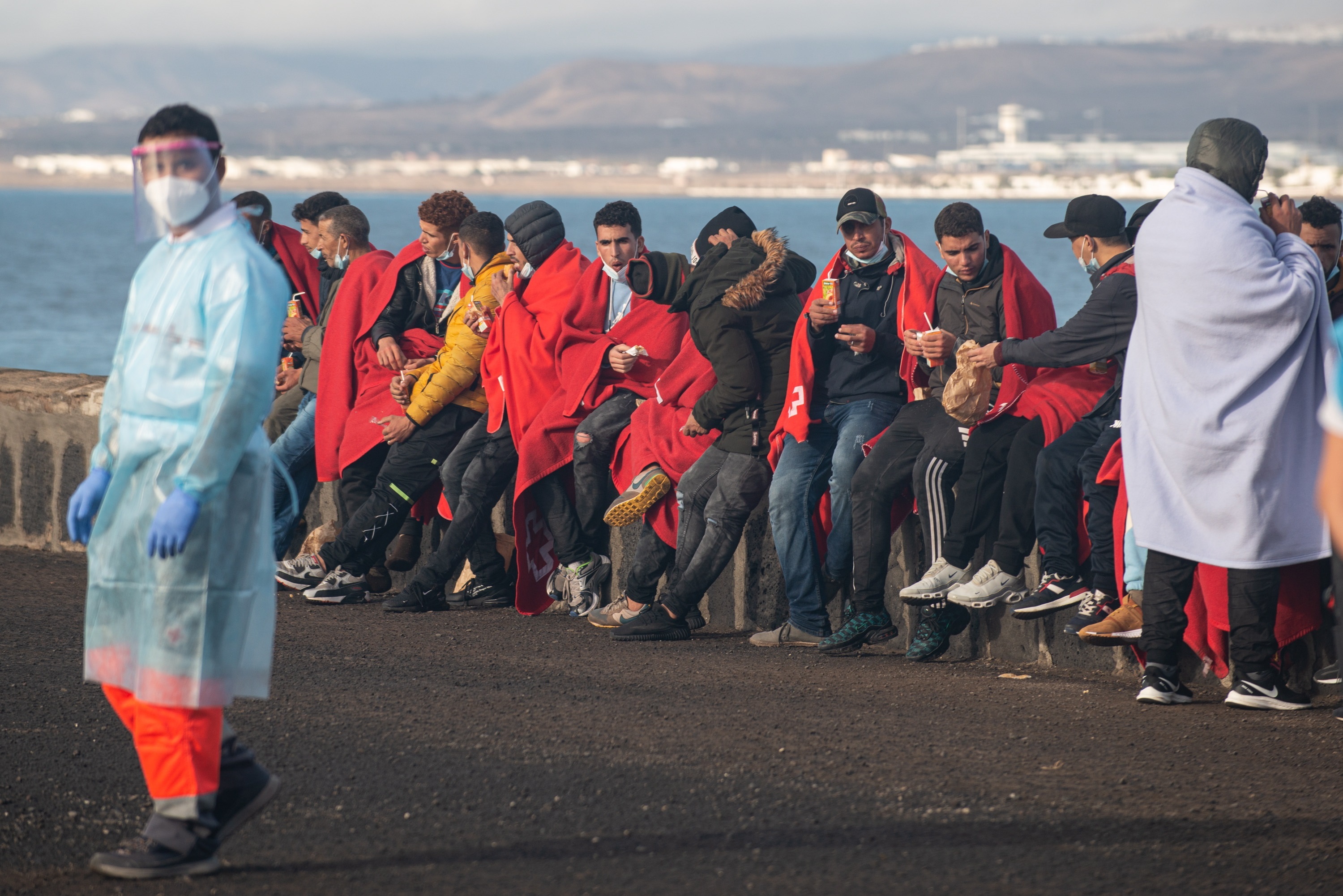 In a parliamentary response to Vox on November 30, collected by Europa Press, the Government provided data on police investigations into mafias engaged in illegal human trafficking. In 2016 there were 14, two more in 2017, 26 in 2018, 21 in 2019 and 30 in 2020. The National Police, responsible for these investigations, confirms that “the crime associated with illegal immigration is growing” and they point out some reasons: “The Mafias that traffic in people are no longer in Africa, but settled in Spain, and they use the structures of drug trafficking networks to send people to the Canary Islands and the Peninsula ”, they point out. Even as happened last February in the Neptune operation, “the traffickers themselves were in charge of lining up the drugs when they arrived in Tenerife,” the investigators say. In addition, they point out, the pandemic has exacerbated the economic crisis in the countries of origin of the migrants, especially in North Africa (Morocco, Algeria, Senegal …), from where thousands of young people flee using the irregular channels that they offer the mafias in search of an opportunity to carve out a future for themselves.

In Spain, the Network Investigation Brigade, a hundred police officers who constitute the only police unit in Europe dedicated exclusively to investigating this inhuman and lucrative booming business (between 1,000 and 2,000 euros per person trafficked), has been announcing that “It will go to more.” At the same time, the arrivals by sea of ​​people to the Spanish coasts have multiplied by ten in those same five years: from 4,552 in 2014 to 40,106 in 2020.

See also  how to watch, kick-off time and where it's being played

Until November 2021, the Ministry of the Interior has counted a total of 38,103 irregular migrant arrivals, that is, 2% more than in the same period as the previous year, when around 37,350 migrants arrived in the country irregularly. 95.4% of these arrivals have taken place by sea (36,379) and, of these, more than half (54.6%) have done so through the Canarian route. Only in November 3,760 irregular migrants arrived, making this month the fourth with the highest number of arrivals of the year.

In response to Vox, and from the Secretary of State for Security —which answers the question—, it is emphasized that the arrival of migrants “does not put the life and physical integrity of all Spaniards at risk, as shown by the decrease in crime ”. In the Interior Ministry they reiterate, contrary to the assertions of the far-right party, that “there is no correlation” between the increase in crime rates and the increase in irregular immigration.

Since Vox broke into Congress in 2019 with 52 deputies, parliamentary initiatives and questions on immigration have reached 3,144, double the number in the two previous legislatures, according to the study The politics of fear. An X-ray of the narrative of migration in the Congress of Deputies, carried out by the porCausa foundation and presented this December. And its tone and content have been radicalized towards anti-immigration postulates, the authors point out.

See also  What is up for election, when are they, and how you can vote in May