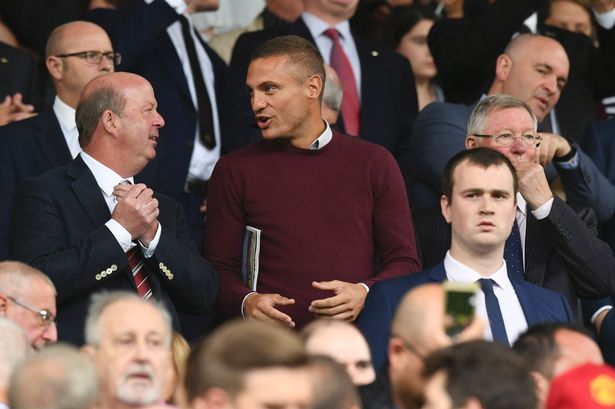 Nemanja Vidic has told Manchester United’s current crop of players they should be playing as if they’re “scared” for their futures.

United’s dismal season hit another new low on Saturday as they fell to a 1-0 defeat at relegation-threatened Everton. The loss all-but ends hopes of finishing in the top four this season, with Tottenham now sitting six points ahead of them with just seven games to go.

United’s players have come in for heavy criticism following their latest disappointing showing. Despite falling behind midway through the first half on Merseyside, Ralf Rangnick’s side offered very little in return and never seemed likely to work their way back into the game.

ALSO READ: Manchester United are as spineless now as they were three years ago

Fans have questioned the players’ attitudes as they approach the end of what has been a dire season at Old Trafford. With a number of the current squad looking likely to leave in the summer, and a new manager on the way, some supporters have called for the club’s young players to be given their opportunity instead.

Speaking to The Athletic, United great Vidic urged the club’s current squad to improve on their recent showings. And the former defender had a clear message for any players throwing the towel in early.

“I came to United as a mature person,” Vidic said. “I’d donate my records in Serbia and Moscow. At the biggest club in the world, it was important not to spend time on the stupid things. I wanted to show the whole world how good I was in the most important years in my career and I was lucky to play eight years for Man United.

“My point is that we all had the same target then. We were there to play for the biggest club in the world and we knew what the aim was — to win the biggest trophies.

“We had to play well, week in, week out, but there were always setbacks. I had many times where I played when I didn’t feel well or sharp, but my team-mates would see that and help me. We had an incredible team spirit and that helped us win trophies — and trophies are the only way to get recognition for Man Utd.

“At smaller clubs, you don’t have the same aims, but you still have aims and expectations, but at Man United, where every team plays 100 per cent against you, you should always play like it’s your last year: 90 per cent is not enough and the current players should play like that.

“You should be scared that you’re not going to be there next season and you have to fight to stop yourself going because it’s only when you leave Man United that you realize how big Man United is.”

Vidic added: “They are good boys but the way to win is in the collective and team spirit in a world which is becoming increasingly individualized. Players have individual social media accounts, but football is not an individual sport – like most sports are. Respect, trust and help for your team-mates is so important.”