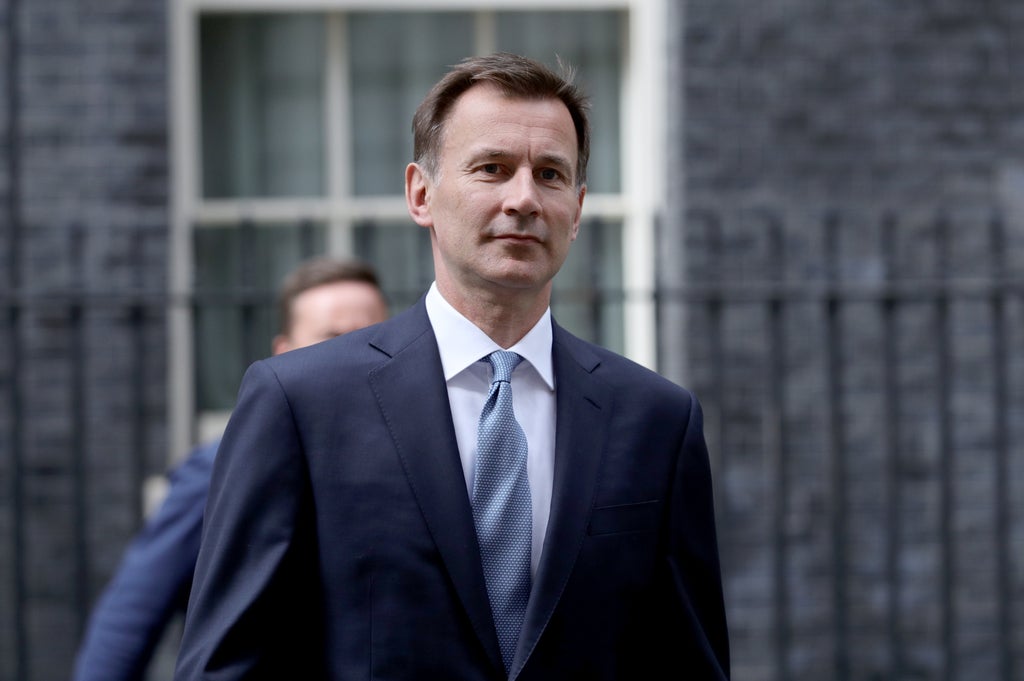 People criticizing Nazanin Zaghari-Ratcliffe for hitting out at the Government have got it “so wrong”, said one of the former foreign secretaries who failed to secure her release from Iran.

Jeremy Hunt, who was a foreign secretary between July 2018 and July 2019, has jumped to the defense of British-Iranian Mrs Zaghari-Ratcliffe, who was returned to the UK last week after six years in detention in Iran.

At a press conference on Monday, Mrs Zaghari-Ratcliffe said it had taken too long for the Government to pay a £400 million debt to Iran, which helped secure her release.

She said although she could not be happier to be home, “this should have happened six years ago”.

But she has faced a backlash online with commentators suggesting she should instead be grateful or that she was somehow at fault.

Mr Hunt said on Twitter: “Those criticizing Nazanin have got it so wrong. She doesn’t owe us gratitude: we owe her an explanation.

“She’s absolutely right that it took too long to bring her home. I tried my best – as did other foreign secretaries – but if trying our best took six years then we must be honest and say the problem should have been solved earlier.”

Mr Hunt said the turnover of ministers in the role and a reluctance to pay the debt, which dated back to the 1970s, may have been a factor. He said the Government did not want to appear to be paying ransom money.

“But it is right that an independent investigation now takes place as to what those reasons were, something I would be glad to assist with. Such a review also needs to assess whether our current policy is sufficient to stop hostage-taking in the future,” he said.

He added: “This kind of open scrutiny as to whether we could do things better is what happens in democratic, open societies. It may be something they don’t welcome in places like Iran and Russia but it is why, ultimately, we are wiser and stronger.”

Speaking on Monday, referring to her husband thanking the Government a few moments earlier, Mrs Zaghari-Ratcliffe said: “I do not really agree with him on that level.”

The 43-year-old said she had seen five foreign secretaries over the course of six years, adding: “That is unprecedented given the politics of the UK. I love you Richard, respect whatever you believe, but I was told many, many times that, ‘Oh we’re going to get you home.’

She said this resulted in her finding it difficult to place trust in them, adding: “I mean, how many foreign secretaries does it take for someone to come home? Five?”

Asked if she feels angry with the Government that it took so long to get her home, she said: “I think the answer is clear. I cannot be happier than this, that I’m here.

“But also, this should have happened six years ago.”

Mrs Zaghari-Ratcliffe told reporters: “I’m not going to live for the rest of my life with a grudge over the past six years.”

She said what happened to her was “cruel”, adding: “This moment is so glorious for me.”

Mrs Zaghari-Ratcliffe said it took a “very, very long time” for politicians to sort it out.

Mr Hunt’s backing for an “independent investigation” comes after the call for a probe was made by Mrs Zaghari-Ratcliffe’s MP, Tulip Siddiq.

MP for Hampstead and Kilburn, Ms Siddiq, has called on the Foreign Affairs Select Committee to investigate.

She said she owes it to Mrs Zaghari-Ratcliffe to ask questions about why the debt was not paid for “so long”.

“So, I’ve written to Tom Tugendhat, the chair of the Foreign Affairs Select Committee, to ask for a review into what happened in Nazanin’s case,” she said.