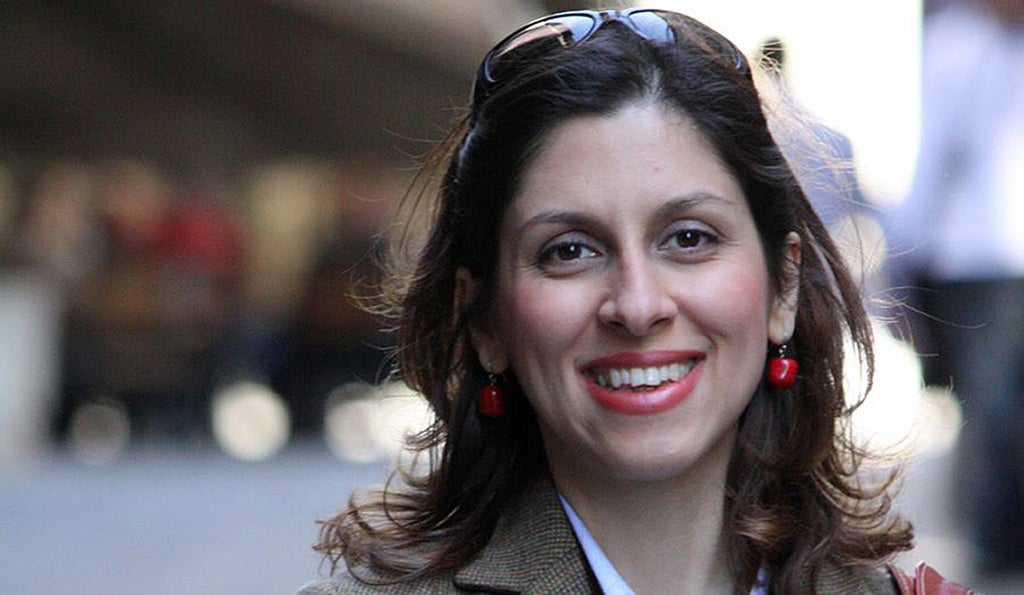 The husband of Nazanin Zaghari-Ratcliffe said “a game of cat and mouse” is being played as he demands to know why the British mother’s release has still not been secured.

Richard Ratcliffe told Guardian that his wife was “very, very angry” when she learned that a deal to bring her home collapsed.

The 43-year-old from West Hampstead, London, was imprisoned for five years in 2016 while visiting family in Tehran, after being convicted on national security charges for plotting against the regime- a charge she has denied.

She was temporarily released in 2020 due to Covid-19 but was then handed another sentence in 2021 for “spreading propaganda”, preventing her from reuniting with her husband and seven-year-old daughter, Gabriella.

The detained charity worker – now under house arrest in her mother’s home in Tehran – is afraid that she is a “bargaining chip” in ongoing nuclear talks and is filled with “anger at her life being stolen” and the government’s “lack of urgency” in returning her to the UK, Mr Ratcliffe explained.

On Wednesday, MPs were told that a deal to secure her release this summer had failed through. Britain is understood to have agreed to repay a £400 million debt it owes Iran relating to an abortive deal to export British armaments in the 1970s.

Though the government has not disclosed why the agreement collapsed, but there are fears it is linked to negotiations with Iran over nuclear weapons.

Tulip Siddiq, Labor MP for Hampstead and Kilburn, has urged for transparency regarding the collapse of the deal.

The couple’s MP said: “My constituent, Richard, starved himself almost to death during a hunger strike. He didn’t eat for three weeks. I think they have a duty to explain themselves.”

Mr Ratcliffe said, who ended his hunger strike in November 2021, said: “Why did it go wrong? What’s stopping it from being solved now? I worry we’ve become a bargaining chip in the nuclear negotiations and that the debt is now leveraged on the UK side.

“We’re essentially being held in a waiting room. It’s a game of cat and mouse being played.”

When questioned by Ms Siddiq, Mr Johnson said that the debt was “difficult to settle and square away for all sorts of reasons to do with sanctions”.

Ms Zaghari-Ratcliffe watched the debate from Tehran and was “amazed” by the prime minister’s comments.

She told her husband: “I could have been home last year. Why am I still here? They have ruined my life, day by day, for six years. Where is [Johnson’s] urgency? I just want to come home.”

Following the debate, Defense Secretary Ben Wallace told TimesRadio: “No one has abandoned the efforts, it’s just absolutely not as straightforward as people would think, there’s a sense of urgency, we’re trying to resolve this but it’s difficult in the face of an Iran which is effectively taking hostages.”

The prime minister has pledged to meet Mr Ratcliffe, though a date has not yet been set. Mr Ratcliffe, an accountant by trade, is due to meet officials from the Foreign, Commonwealth and Development Office in the coming days.

A Foreign Office spokesman said: “We remain committed to securing the release of Nazanin Zaghari-Ratcliffe, Anooseh Ashoori and Morah Tahbaz. It is unhelpful to connect wider bilateral issues with those unfairly detained in Iran.

“Separately, the UK has always said we are committed to paying this debt to Iran. We continue to explore options as a matter of urgency to resolve this case, and will not comment further as discussions are ongoing.”

“We’ve always been worried that the cases of Nazanin, Anoosheh Ashoori, Mehran Raoof and Morad Tahbaz were being used as bargaining chips in wider diplomatic negotiations, not least over the Iran nuclear deal.

“We need a clear, unequivocal statement from the UK government that its effort to bring Nazanin, Anoosheh, Mehran and Morad home is a serious and ongoing priority, independent of the USA’s own efforts.

“The Prime Minister needs to throw his full weight into the UK’s efforts to free all British nationals arbitrarily held in Iran and reunite them with their families as soon as possible.”