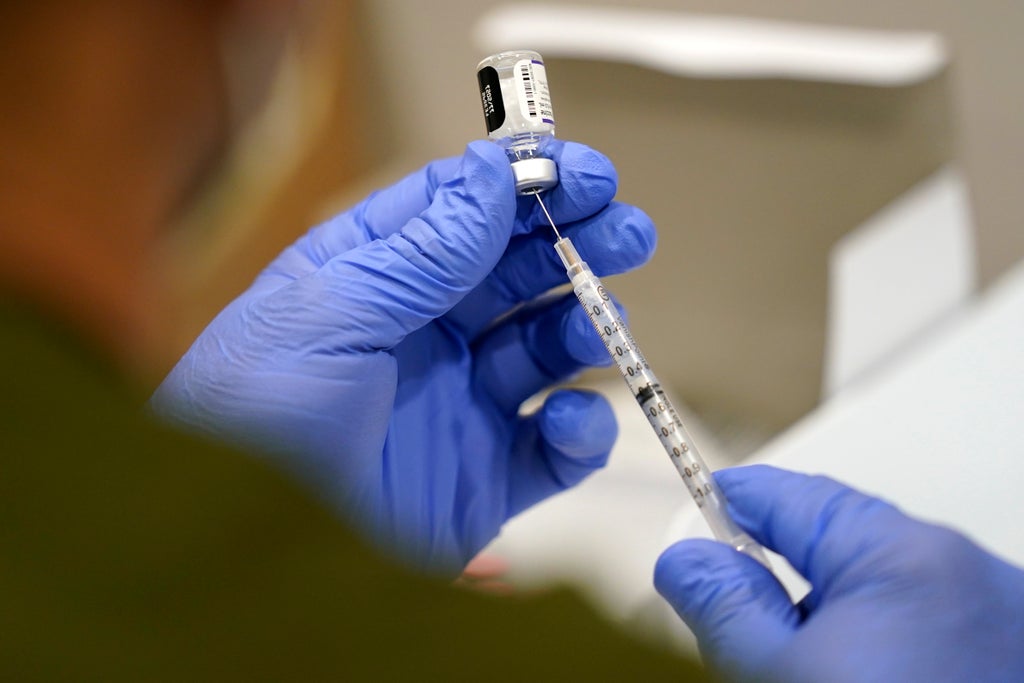 The Navy said Tuesday that it has discharged 23 active-duty sailors for refusing the coronavirus vaccine, marking the first time it has been thrown currently serving sailors out of the military over the mandatory shots.

The discharges came as the Navy released new COVID-19 guidance that requires all deployed sailors and air crew to be vaccinated, but relaxes some quarantine practices on ships based on recommendations from the Centers for Disease Control and Prevention

Navy leaders said all operational units — meaning those involved in deployments out to sea — must be 100% vaccinated, and any sailors who have approved medical or administrative exemptions are shifted to shore duty. A significant majority of the Navy’s force is in operational units, and the requirement rules out the use of any unvaccinated sailor — such as a Navy SEAL — on a deployed ship, even if they have an approved exemption or are in the process of seeking an exemption. A number of SEALs and other special warfare sailors have filed suit against the mandatory vaccine.

Speaking to reporters Tuesday, Vice Adm. William Merz, the Navy’s deputy chief of operations, said there have been COVID outbreaks on a number of ships, but they have been “statistically insignificant” and have had no impact on naval operations.

For the most part, he said, sailors have minimal symptoms, and — particularly with the omicron variant — the virus comes and goes quickly, allowing sailors to keep the ships fully staffed and running. He added that the Navy strongly recommends the booster vaccine, and said it will likely become mandatory in the future.

Merz declined to say how many ships have seen outbreaks. He said the latest CDC guidelines, which shortened isolation times, have made it easier for ships to continue operating even if a small number of the crew become infected.

The Navy discharges come as the number of troops removed from the military due to vaccine refusals begins to climb across the services. The Marine Corps, as of late last week, had discharged 334 Marines, and the Air Force as of this week, had discharged 111 airmen for refusing to get the shots. The Army is now the only service that has not yet provided any active-duty personnel due to vaccine refusal discharge.

The military services have been going through a methodical process to deal with those who refuse the vaccine as well as those who request medical, administrative or religious exemptions. The reviews require counseling with medical personnel and chaplains as well as senior commanders.

The number of troops discharged will begin to grow exponentially as those reviews finish and troops are given their final chances to get the vaccines. Lawsuits over the mandatory vaccine are also making their way through the courts.

The Air Force and Navy have also discharged entry-level service members going through their boot camps, who hadn’t yet reported to their service jobs. There have been 22 Navy and 37 Air Force recruits who have been sent home.

All of the sailors received honorable discharges, the Navy said.

According to the Navy, a bit more than 5,000 sailors remain unvaccinated — or a little over 1% of the active-duty force. About 6% of the Navy reserve sailors are not yet vaccinated. No reserve members have been discharged for vaccine refusal.

The Pentagon has ordered all service members — active-duty, National Guard and Reserves — to get the vaccine, saying it is critical to maintaining the health and readiness of the force. COVID-19 cases continue to arise around the country as a result of the omicron variant.

Merz said that under the new guidelines, sailors must wear masks during their first 10 days out at sea, but then they can lessen those masking and social distancing requirements if there have been no incidents of infection on the ship. If someone later tests positive, masks and other precautions are summarized.

In addition, he said that since the CDC reduced the testing recommendations, crews are only tested if they have symptoms, reducing the number of tests that must be kept on board.