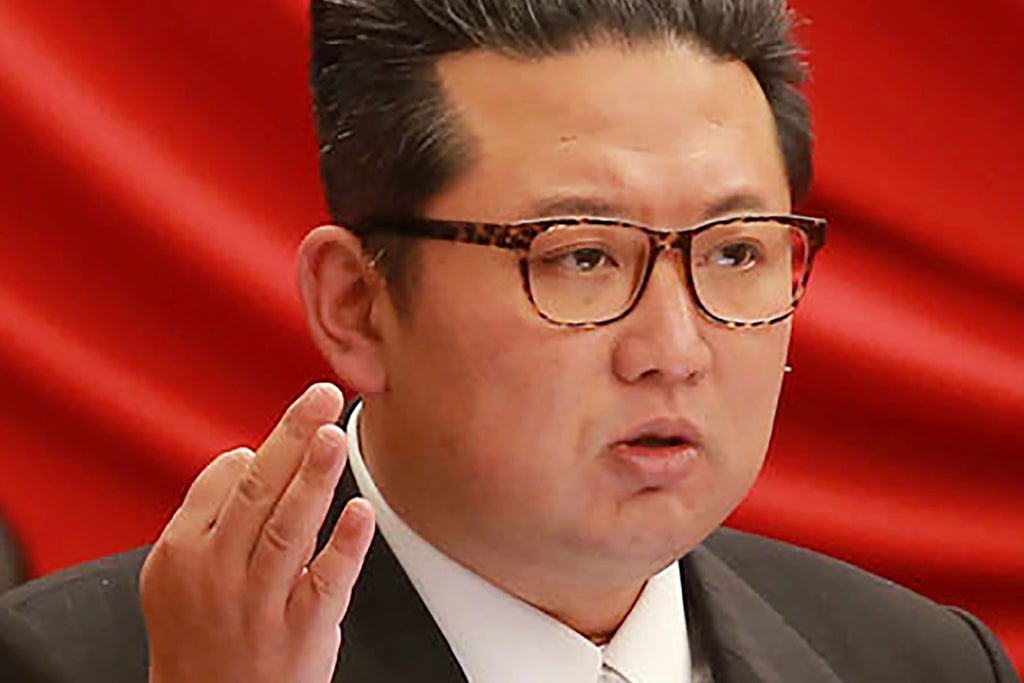 The budget plans were passed during a session of Pyongyang’s rubber-stamp parliament on Sunday and Monday, which came weeks after the North tentatively restarted its railroad freight traffic with China following two years of extreme border closures and economic decay.

Kim had hinted at broader changes to the country’s pandemic response during a political conference in December, when he called for a transition toward advanced anti-virus measures based on a “scientific foundation.”

Kim Tok Hun, premier of North Korea’s Cabinet, a key institution handling economic policies, described the North’s pandemic response as the top priority in state affairs, but also that the measures will be “put on a scientific basis to guarantee the security of the country and the people,” KCNA said.

It appeared Kim Jong Un did not attend the parliamentary session and state media did not mention any comments by senior officials toward Washington or Seoul amid a deepening diplomatic freeze.

Kim in recent political speeches has vowed to further bolster his nuclear arsenal. KCNA said 15.9% of the North’s total government spending last year was invested in the nuclear weapons program and the same percentage of its budget this year would go to expanding military capabilities.

Cheong Seong-Chang, an analyst at South Korea’s private Sejong Institute, said North Korea’s description of its budget clearly reflected its plans to gradually expand trade and other exchanges with China, its main ally and economic lifeline, while reshaping its virus response. He said the North could possibly adopt China’s approach of sealing certain regions to stem transmissions, instead of locking down its entire country.

North Korea still claims to have a perfect record in keeping out COVID-19 from its territory — a claim widely doubted. But the closure of its border to nearly all trade and visitors for two years further shocked an economy already damaged by decades of mismanagement and crippling US-led sanctions over Kim’s nuclear weapons and missile program.

The North’s resumption of railroad freight traffic with China last month came between a flurry of missile tests clearly aimed at pressing the Biden administration over stalled nuclear diplomacy, which some experts say possibly shows the urgent need for outside relief.

The border reopening possibly shows the North is exploring more sustainable ways to deal with the coronavirus threat that may go on for years. It could also provide a glimpse into the North’s plans for vaccines against COVID-19.

North Korea so far has shunned vaccines offered by the UN-backed COVAX distribution program, possibly because those have international monitoring requirements. But some experts say the North may still seek the help of China and Russia to provide regular testing and vaccinations of workers and troops in border areas, where access from other regions will be tightly restricted.

North Korea’s summarized trade with China will almost certainly be driven by imports as much of the country’s major export activities are banned under international sanctions tightened since 2016, when Kim began accelerating weapons development. The country needs fertilizers to boost food production, construction materials to support Kim’s ambitious development projects and factory goods to spur industrial production decimated by the two years of halted trade.

Still, North Korea’s trade with China is expected to be significantly smaller compared to pre-pandemic levels.

North Korea likely doesn’t have enough foreign currency reserves to swiftly purchase a huge amount of goods, considering the toll of sanctions and pandemic-related difficulties. It would also be a major policy mistake to expand imports too quickly when an explosion in pent-up demand could further destabilize a fragile economy, experts say.

“It seems North Korea’s employing a ‘taste and test’ approach – it will continue to reopen its border in phases if the COVID-19 situation stabilizes but seal itself again if the virus situation worsens,” said Kim Byung-yeon, a professor of economics at Seoul National University. “It’s also likely that the state will try to enforce greater control over trade compared to the past and clampdown on activities like smuggling, so the trade activity likely won’t be as dynamic as it once was.”