Skip to content
Home News Mysterious tsunami that sent waves around the globe in 2021 caused by hidden quake, study finds 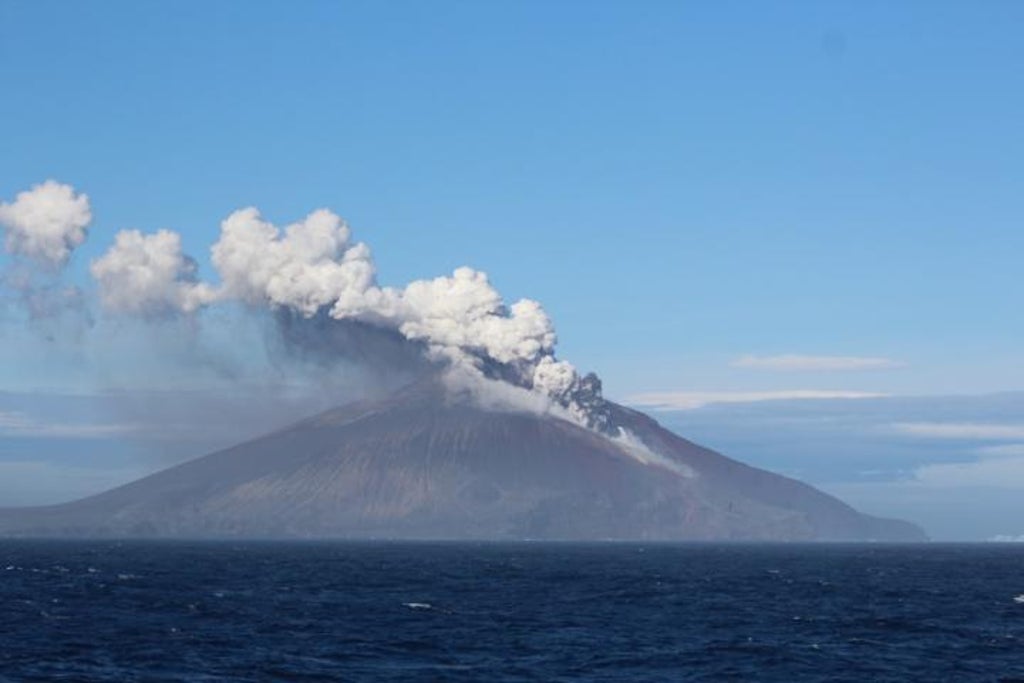 A mysterious globe-spreading tsunami that struck the world in August 2021 was caused by a shallow, “almost invisible” magnitude 8.2 earthquake on an island in the southern Atlantic Ocean, a new study has found.

In August 2021, an earthquake of magnitude 7.5 was recorded on the South Sandwich Islands – a British territory in the South Atlantic – creating a tsunami that rippled around the globe, reaching shores over 10,000 km away.

Although the tsunami was small by the time it reached shores, and most of the permanent residents of the remote, volcanic islands are penguins, scientists said such earthquakes can pose significant hazards if they generate a larger tsunami or strike a densely populated region.

Seismologists were particularly puzzled by this freak event in 2021 as the epicenter of the quake was 47km below the Earth’s surface, and too deep to initiate a tsunami.

They found that the rupture was also nearly 400km long, which should have generated a much larger earthquake.

A new study, published Tuesday in the journal Geophysical Research Lettersfound that this quake wasn’t a single event, but a series of five sub-quakes spread out over several minutes.

The third sub-quake was a shallower, unusual, “hidden” earthquake of magnitude 8.2 that hit just 15km below the surface, and likely triggered the worldwide tsunami, scientists, including Zhe Jia from the California Institute of Technology, noted.

“The 2021 August South Sandwich Island Mw 8.2 earthquake was a surprise, because it was initially reported as a magnitude 7.5 event at a deep depth (47km) but generated a global-spreading tsunami that would only be expected for a larger and shallower event,” the scientists noted in the study.

Since the earthquake was complex and involved multiple sub-quakes, researchers say magnitude 8.2 quake was hidden within the tangle of seismic waves that interfered with each other over the course of the event.

“The third event is special because it was huge, and it was silent. In the data we normally look at [for earthquake monitoring]it was almost invisible,” Mr Jia, a graduate student in geophysics and seismology at the California Institute of Technology, noted.

Such complex earthquakes can result in unexpected tsunamis, the scientists said, adding that it’s critical to improve the methods currently used to predict them.

Citing an example, they said the United States Geological Survey (USGS) initially reported the magnitude 7.5 quake, and only added the 8.2 event the following day. By this time, the freak tsunami lapped on shores up to 10,000km away from its point of origin.

“The tsunamis spread to the north Atlantic, Pacific, and Indian Oceans, where tide gauges measured peak amplitudes of ∼20 cm at over 10,000 km distance from the source,” the researchers wrote in the study.

The August 2021 quake, according to scientists, is a great example to understand how these complex events work, and to develop ways to detect them faster with better warning systems in the future.

“With these complex earthquakes, the earthquake happens and we think, ‘Oh, that wasn’t so big, we don’t have to worry.’ And then the tsunami hits and causes a lot of damage,” Judith Hubbard, a geologist at the Earth Observatory of Singapore who was not involved in the study, said in a statement.

When an earthquake hits a region, it sends waves of vibration through the Earth, which the global network of earthquake monitoring systems can use to pinpoint the time, location, depth and magnitude of an earthquake.

However, researchers say there’s a blind spot in how quakes are monitored, particularly when complex earthquakes hit a region.

They say quake monitoring commonly focuses on short- and medium-periods of waves, and longer periods can be left out, and even incorporating long periods into monitoring is not enough, on its own, to catch complex earthquakes with messy seismic signals.

“It’s very seldom complex earthquakes like this are observed. … And if we don’t use the right dataset, we cannot really see what was hidden inside,” Mr Jia said.

“We need to rethink our way to mitigate earthquake-tsunami hazards. To do that, we need to rapidly and accurately characterize the true size of big earthquakes, as well as their physical processes,” he added.

The seismic signals from such complex quakes need to be carefully broken down into its constituent parts to find out what unique combination of simpler earthquakes built them up, the researchers said.

They added that a long-term goal is to automate the detection of such complex earthquakes, as is done for simpler quakes.