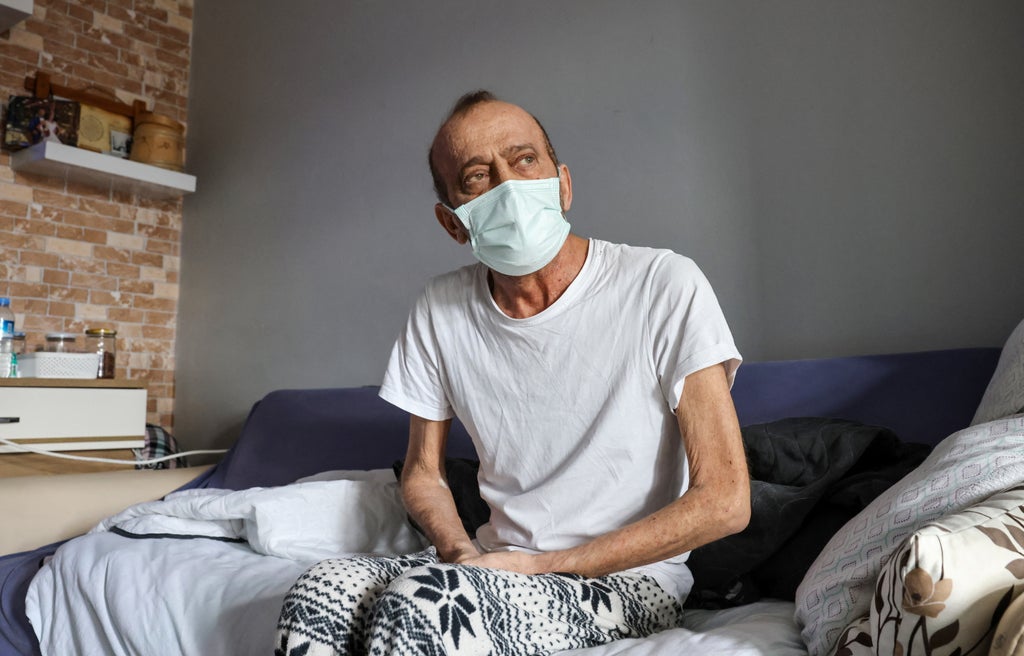 A Turkish man has tested positive for Covid at least 78 times over the past 14 months, leaving him the unwanted record of having the country’s longest recorded continuous coronavirus infection.

Doctors believe Muzaffer Kayasan’s condition is because of his body’s weakened immune system as the 56-year-old has leukemia.

Despite being in and out of hospitals since November 2020, Mr Kayasan’s spirits are high.

“I guess this is the female version of Covid, she has been obsessed with me,” he told Reuters.

“We kept saying how positive he is and now the guy turned positive [for Covid] and can’t go back to negative,” he said.

In Turkey, once someone is infected, they have to isolate for seven days.

It was reported by several media organizations that since first catching the virus, Mr Kayasan has spent nine months in hospital and another five months at his home in Istanbul.

Because of his positive Covid results, Mr Kayasan has been unable to meet his family, but his wife and son visit him sometimes while adhering to coronavirus safety protocols.

When his granddaughter Azra visits, he speaks with her through the glass back door as she stays in the garden, away from him.

“I will play with you when I get well,” he was quoted as telling her.

The New York Post quoted him as saying that he was “more exposed to the virus”.

“Even a cat passing by the window can infect me.”

“I was recovered, but I still have the remnants of Covid-19 in my body. This is the only explanation I was given for the positive tests. I have no problem here other than being unable to touch my loved ones,” he added.

He said that it is “very hard. I can’t even get vaccinated because of my condition”.

Experts said even though Mr Kayasan’s condition is rare, scientists have conducted studies into why people continue to test positive after their initial infection.

A paper from the lab of Whitehead Institute Member and MIT professor of biology Rudolf Jaenisch — published in May 2021 — might offer an answer to why some patients continue to test positive after recovering from Covid.

Another study by the Leukemia and Lymphoma Society showed that “one in four blood cancer patients do not produce detectable antibodies even after receiving two vaccine shots.”

Serap Simsek Yavuz, infectious diseases and clinical microbiology professor at Istanbul University, who is also Mr Kayasan’s doctor, said he was the “longest case they have tracked and it is being closely monitored for any risk of a mutated variant.”

Cagri Buke, a doctor of infectious diseases and clinical microbiology at Acibadem Hospital, said: “The case of a patient testing positive for 441 days is not something that has been reported until today.”