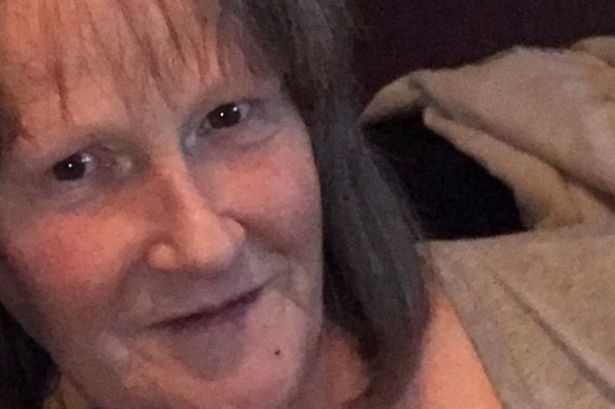 The children of a murdered Scots gran said the ‘harrowing’ evidence heard in court about her brutal killing will ‘stay with them’ amid ‘unanswered questions’.

The monster struggled with his victim, touched her breast, sexually penetrated her vagina and repeatedly stabbed her on the head, neck and body with a knife.

Duncan had denied murdering Ms Robertson or Fullerton, who was known as Meg, at her home in Aberdeen but he was found guilty of the murder and was jailed for life on Wednesday.

Margaret’s children, Michelle and Mark, said they ‘still have unanswered questions’ and that their ‘much-loved’ mum ‘didn’t deserve to die.’

In a statement released via Police Scotland they said: “As a family we have waited over two and a half years for justice which has put a massive strain on our own lives and relationships.

“We would like to thank all those who have supported us during this period, in particular the bereavement counselors who helped many of the family.

“We have sat through weeks of harrowing, devastating evidence which will stay with us for the rest of our lives.

“Our Mum didn’t deserve to die that day and especially in the horrendous, brutal way it happened.

“We still have unanswered questions as to why it happened at all.

“This man has taken so much from us and impacted on our lives in many ways.”

See also  "Transmission has been higher than expected"

They added: “Margaret, or Meg as she was to us, was a much loved mum, daughter, grandma and friend to many.

“It is hard to comprehend our mum has been taken from us and she is in our thoughts every day and we hope she can finally rest in peace.

“We would ask for our privacy to be respected at this difficult time.”

Police slammed the ‘horrendous and sustained attack’ and thanked locals who helped with their ‘particularly challenging investigation’.

Senior Investigating Officer, Detective Inspector Gary Winter said: “Margaret suffered a horrendous and sustained attack in her own flat – a place where she should have been safe.

“This was a particularly challenging investigation and the successful outcome at court was only achieved as a result of the professionalism and collaborative working of a number of agencies involved.

“In particular, I would like to thank local officers and officers from across Police Scotland’s Major Investigation Teams, scene examiners and forensic staff from across the Scottish Police Authority, as well as staff at the Crown Office and Procurator Fiscal Service.

“I would also like to thank the members of the local community who provided vital information in connection with our investigation at the time.

“As a result of the support we received from the public, as well as extensive forensic and CCTV work, we have now ensured that this extremely violent individual will be held to account for his actions that day.”

We previously reported that Duncan originally stood trial for the murder last year but proceedings were brought to a halt because of his mental health at the time.

The court heard he had been abusing psychoactive drugs while in prison which left him unfit for trial. He was subsequently placed in the high security State Hospital at Carstairs before being returned to the prison system.

Defense solicitor advocate Iain Paterson said Duncan was diagnosed with a schizo affective disorder and was taking antipsychotic medication. He said the father of two has struggled with drugs since the age of 26.

The court heard the murder victim was left lying near naked in her flat where she was found by a friend who thought it odd to find the front door to her home unlocked. I have alerted emergency services.

When Duncan was questioned about the savage slaying he told police: “It’s f— all to do with me.”

Advocate deputy Bill McVicar said that during the 109 minutes Duncan spent at Promenade Court during an initial visit he had “ample time to source and collect his crack cocaine” and carry out the murder.

The court heard that DNA matching Duncan was found under his victim’s fingernails and she was seen to have sustained defensive injuries as she tried to protect herself. Other forensic evidence also pointed to Duncan as the murderer.

The cause of death was certified as multiple stab wounds to the neck and face.

When Duncan, formerly of Northsea Court and Seaton Walk, in Aberdeen, was detained by police he was initially found to be unfit for interview.

He originally faced further charges of possessing cocaine and attempting to defeat the ends of justice by changing out of blood stained clothing and trainers and washing them, discarding a knife, hiding from police and providing false details to officers.

The Crown withdrew those charges during the trial and he was acquired on them.