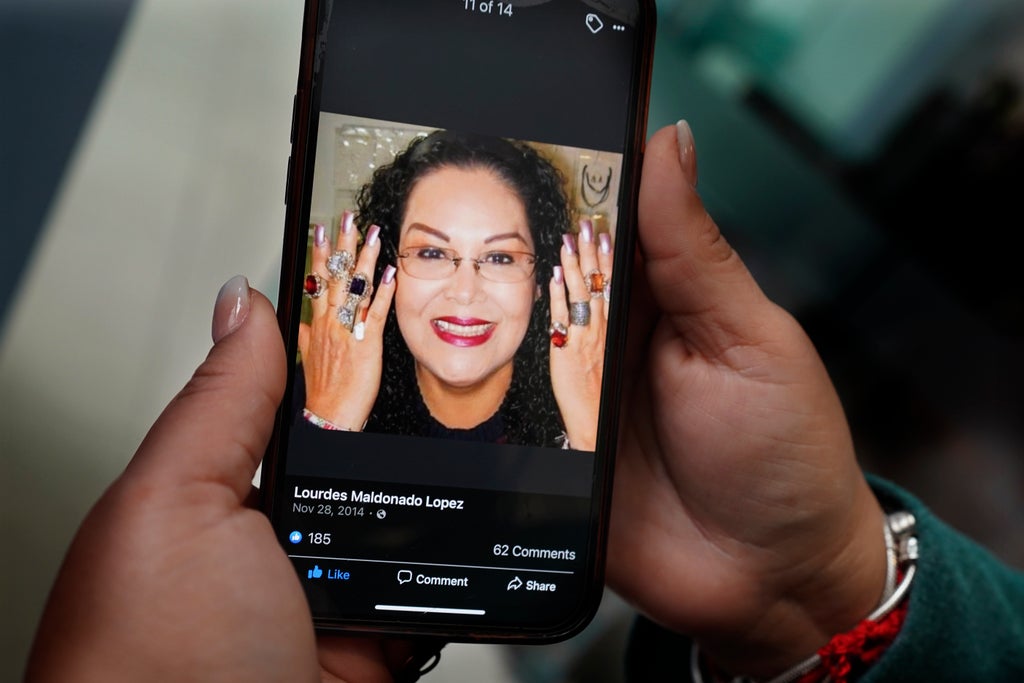 Mexican journalist Lourdes Maldonado dedicated her latest show to a fellow journalist a day after he was shot outside his home, then described her own vulnerability as she covered the violent border city of Tijuana.

In his characteristically bold style, he criticized corruption in Mexico and accused a state official of drug ties before telling viewers that he had been under the protection of the state government for eight months.

“They take very good care of you,” he said on his Internet TV and radio show called “Brebaje” or “Poción.” “But no one can prevent, even under police supervision, being cowardly killed outside his home. “

His words eerily foretold her fate. Five days later, Maldonado was shot outside her home at 7 p.m. She was the third journalist murdered this year in Mexico.

Their deaths in the span of a month is an unusually high number in such a short period, even in Mexico, and sparked the largest outcry yet over the killings with thousands of protesters across the country on Tuesday. The killings have left working journalists in the most dangerous place for their craft in the Western Hemisphere: feeling angry and hopeless.

On Friday, a day after Maldonado’s funeral, President Andrés Manuel López Obrador again criticized the press. He said his government guarantees freedom of expression but “very few journalists, women and men, are fulfilling their noble duty to report. Most are looking to see how we failed.”

According to the Committee to Protect Journalists, since the current administration began on December 1, 2018, at least 32 journalists have been killed and 15 disappeared, despite a government program to protect them.

More than 50 journalists have been killed in Mexico since 2018, despite a government program to protect them and legislation that would supposedly crack down on crimes against the press.

“Government protection is useless,” said Tijuana-based radio and television journalist Odilón García, who served under him for three years. “They give you a phone and if something happens you can call a central office who then notify the police who then locate where you are and by then you’re dead.”

Garcia’s own problem was ultimately resolved when the two people who were threatening him were killed. One was killed by organized crime. The other died of COVID-19 after Garcia won his case against him.

Journalists and watchdog groups say reported threats are still not taken seriously enough and when something does happen, police are often slow to investigate.

More than 90% of the murders of journalists and rights defenders remain unsolved, according to Mexico’s Undersecretary of the Interior, Alejandro Encinas. The New York-based Committee to Protect Journalists puts the percentage at 95%.

Political will to stop impunity is lacking, in part, because such a high percentage of cases are believed to have ties to public servants, according to Article 19, an international human rights organization that works to defend and promote freedom of expression. expression. The president who demonizes the press is also contributing to hostility against journalists, said Paula Saucedo, an advocate for the organization’s Mexico chapter.

“In theory, the state is attacking the press,” he said.

In Tijuana, journalists have sought each other out for safety. They have organized themselves into groups, such as “Yes, I am a journalist,” which has a WhatsApp chat where journalists alert each other about their whereabouts and the risks.

Maldonado dedicated his latest show to Tijuana crime photographer Margarito Martinez, who was shot multiple times in broad daylight on Jan. 17 as he got into his car outside his home. A week before that attack, Mexican journalist José Luis Gamboa was killed in the Gulf Coast state of Veracruz after being stabbed during an apparent robbery.

Baja California Attorney General Ricardo Carpio said they have found no evidence that his murder is related to his work. Nor have they found any connection between Martínez’s death and the attack on Maldonado. The governor of Baja California, Marina del Pilar Ávila, has said that she will appoint a special prosecutor to investigate the murders of the Tijuana journalists.

Maldonado had gone further than most to make her fears public, and in 2019 she flew to Mexico City, where she stood up at a televised press conference and personally challenged López Obrador to help her.

She got state protection and police were assigned to patrol her house, but they only came by “from time to time,” said Garcia, who met her in 1989 when they were starting their careers in the gritty, new city of Tijuana.

Like Maldonado, Garcia said he doesn’t censor himself. But he knows the deaths are having a chilling effect, especially on young journalists.

“A lot of people are scared,” Garcia said.

Among his family and friends, Maldonado did not speak of his fear and preferred to tell the latest adventures of his rescued cats. She had adopted five. He also had a Pitbull, which is now being cared for by his neighbors along with the other animals.

At her job, her colleagues said she was known for her audacity, naming officials on her livestream show who she said were incompetent, corrupt and/or linked to drug traffickers.

When he met López Obrador in 2019, he told him “I fear for my life” and described his years-long labor dispute with Jaime Bonilla, who at the time was a candidate for the president’s Morena party. Bonilla was later elected Governor of Baja California. , where Tijuana is located, left office at the end of last year.

Maldonado had recently announced that he had won his dispute with a Bonilla-owned media company after nine years of litigation.

After his death, Bonilla posted an interview with Radio Formula on Twitter in which he denied any involvement and offered his condolences to his family. He said that their legal dispute was against his company, not him, and that there was never anything personal between them.

López Obrador has promised that there will be no impunity.

But he also warned against jumping to conclusions.

Garcia agreed, writing in a tribute to Maldonado on her Facebook page that so many journalists like her have put themselves at risk doing their jobs “that an attacker could hide among the many enemies of the press who tell the truth.”

Renee Maldonado said that Tijuana journalists were like a second family to her aunt, who never had children. He said his family is grateful for the outpouring of support they have received from members of the press around the world. Dozens attended his funeral this week.

“Journalists in Mexico and around the world must follow their passion and always fight for the truth,” he said.