WARNING: GRAPHIC IMAGES Sophie Anderson, 33, has been left unable to work after an infection in her left breast caused her 32JJ implant to burst out of her chest at her home in Wales

Sophie Anderson has been unable to work after her implant exploded (

A mum has been forced to strap a bag of flour to her chest so she can keep working after her 32JJ breast implant exploded in the shower.

But the mum-of-four from Wales has been left trying to find £40,000 for a full breast reconstruction after her implant exploded when she caught it on the shower door.

With her body a crucial aspect of the job, Sophie said she has been unable to work and forced to create a makeshift implant from a bag of flour and plastic bags to improve the appearance of her chest.

Sophie told The Mirror: “I have got to keep my modeling career going, it’s my job and it’s what pays the bills.

Sophie caught her implant on the shower door
(

Sophie works with her husband Damian
(

“People might say get another job but why should I, I love my what I do.

“I need my boobs back to carry on working in my type of career.

Having already raised £10,000 for the initial surgery on her GoFundMe page, Sophie is set to have a proper implant refitted in June.

Sophie is due to have surgery next month
(

But she still needs to raise a further £20,000 to reconstruct her nipple and the skin which has been left ripped open.

Sophie initially had the implants fitted in Miami six years ago but will need to fly to Belgium to have the burst breast reconstructed.

In the past year alone Sophie has contracted sepsis five times in her left breast after developing an infection in the tissue around her implant.

The skin had become necrotic as a result and when Sophie accidentally nicked it, she watched helplessly in horror as silicone came bursting out of her chest.

Now Sophie has been left with one normal breast and one “deflated mess”, which has not only impacted her job but her mental health and self confidence.

She said: “I have felt terrible, Damian is the only thing that has kept me going.

“He made a fake implant for me using a bag of flour just to improve the appearance but he’s now bought me a proper temporary one from Amazon.”

See also  Saudi GP F1: Hamilton wins a controversial duel with Verstappen and will play the title in the last race | sports 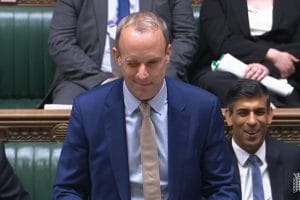 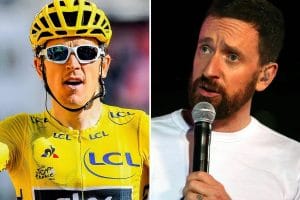