Skip to content
Home News Mum ‘doesn’t know what to do’ after finding over £1,000 in charity shop blanket 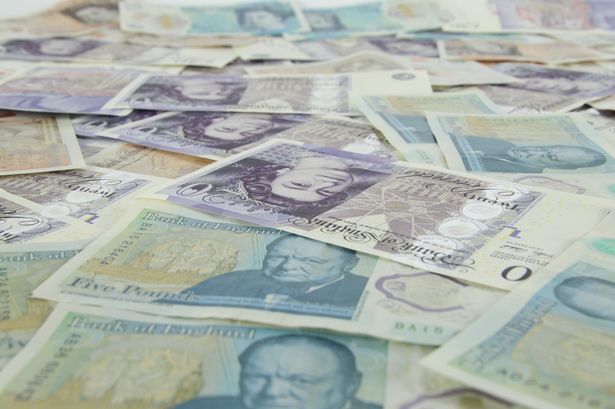 A mum has taken to the internet for advice after finding over £1,000 stitched into a ‘handmade’ blanket she bought from a charity store.

The woman says she had bought the “lovely” patchwork blanket while out shopping with her sister.

After taking the blanket home, she says she realized a section of the blanket felt different and after investigating, she discovered more than £1,000 in £50 notes stuffed inside.

READMORE: ‘She could have died’: Woman, 75, left with bleed on the brain and horrific injuries after brutal attack near flat

As reported on the ECHO, the mum was unsure what to do with the money as it would help her out with expenses for an upcoming holiday, but she had a “nagging voice” in her head and was “imagining some old lady kept her savings in here and somehow it’s got to the charity shop.”

Taking to Mumsnet’s popular Am I Being Unreasonable [AIBU] forum, she sought advice in a post titled “Found money … what should I do!”

She visited the charity shops with her sibling and bought a “lovely” patchwork blanket that “looked like it was handmade.”

Once she got it home, she realized one section of the blanket felt different. After investigating and making a small incision, she discovered more than £1,000 in £50 notes stuffed inside.

She explained: “A couple weeks ago I visited my sister and we went around a good few charity shops like we always do when we see each other.

“I noticed a lovely patchwork type of quilted blanket that looked like it was hand made! I paid for it and it’s still been in the carrier bag till this morning as I wanted to wash it first before use.

What should she do? Have your say in our comments

“I was checking for any washing instructions on the labels and that’s when I noticed that in one quarter of the blanket it felt different – the more I pressed on that area the more I could almost feel something move so curiously I made a cut and I ‘ve found money inside. It’s not old notes, it’s UK money and quite a chunk. Most of it [is] in £50 notes and we are talking over £1,000, I don’t want to say how many thousands.

“I don’t know what to do. Go back to the shop? Or keep it. I’m due to go on holiday soon and it would really help with expenses.”

Her post was met with hundreds of responses from fellow Mumsnet users.

Another said: “Give it to the charity that the shop you bought it from was supporting.”

A third wrote: “You could split it half to the charity and keep half.”

In a follow up comment, she added: “That’s what my instinct tells me to do but I have a nagging voice. I’m imagining some old lady kept her savings in here and somehow it’s got to the charity shop.”

While another disagreed and said: “Take it back to the shop/tell the police! Can’t believe you’d possibly think of keeping it.”

One Mumsnet user commented: “I doubt the shop could trace it back to the donatee. I’d keep it, but give a bit to charity to assuage my guilt!”

Another said: “The shop probably wouldn’t know who donated it. It would be nice to donate to the charity but completely up to you as you have purchased it and its contents.”

The original poster later thanked Mumsnet users for their thoughts and provided an update on what she did with the found money. She was initially worried the money may be fake so she went to her bank to have it checked.

She added: “Update – it’s been banked no questions asked. I’ve just made an online donation to two charities linked to this shop and I’ve spent some upgrading airplane seats for my holiday that’s coming up soon. The rest I’m not sure, for now it will sit in my account.”

At the time of writing, 61% of Mumsnet users voted she was not being unreasonable to keep the money.