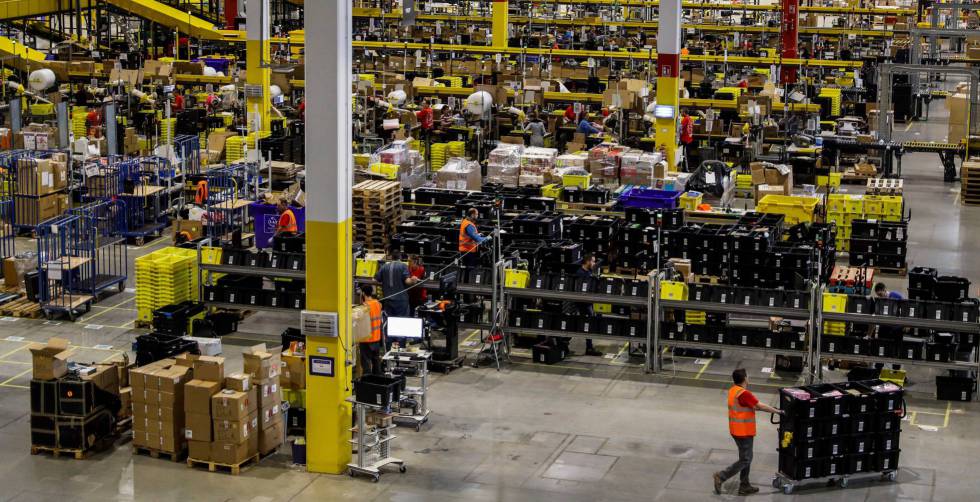 Amazon was the latest of the big tech companies to be fined for engaging in anti-competitive practices and abuse of its dominant position. Italy has imposed a fine of 1,128 million euros on the American e-commerce company for penalizing independent sellers who use its digital platform but did not use Amazon’s own logistics service. A month earlier, the company had already been fined in Italy along with Apple with more than 200 million for restricting access to the trading platform to legitimate distributors of products of the Californian brand.

The high amount of the last sanction is equivalent to more than a third of the net income of the technology company in the third quarter (2,837 million euros) and is one of the highest imposed on the continent on technology giants, subject to a global scale to increasing scrutiny for the use of data and for its dominance of the market. In fact, the European Commission has opened an investigation into Amazon for the same reason, the preferential treatment it gives to sellers who use its logistics and shipping service. It remains to be seen how the Italian precedent influences this Community investigation.

Given the volume of trade involved, the fine in that case would be considerably higher. The rule allows European regulators to impose a penalty of up to 10% of their annual sales, which according to the accounts presented by Amazon can exceed 40,000 million euros this year. In 2017, the Commission imposed a fine of 2.4 billion euros on Google for favoring in its price comparison engine the services and products of the company itself or its customers.

The truth is that authorities around the world are finding it difficult to limit the growing power of technology. They are unable to come up with a solution that is bold and one that will reduce the dominance of the US giants. There are several attempts to do so, through tax increases, new regulatory requirements or the limitation of its operations in different countries, but none of them have been effective. At the moment, only the competition bodies manage with their jurisprudence to modify the conditions in which these companies carry out their activity and thereby protect the privacy and rights of consumers and clients. The battery of regulations that the European Union prepares on the activity of these companies points in this direction, although it will not be ready before 2023.

But the problem goes further, as exemplified by Facebook’s metaverse project. It is a parallel, digital world, where the laws and regulations that govern these virtual relationships with increasing impact on our lives will be dictated by the company itself, regardless of governments and parliaments. The Eurasia consulting firm emphasizes in its recent report on the state of the world that economic winners and losers, electoral results and national security will depend on the bets made by both governments and technology. This is the new playing field as long as there is no regulation that protects rights and values ​​in the new world.