Skip to content
Home News MP’s alleged killer told aid he would not ‘take too long’, murder trial is told 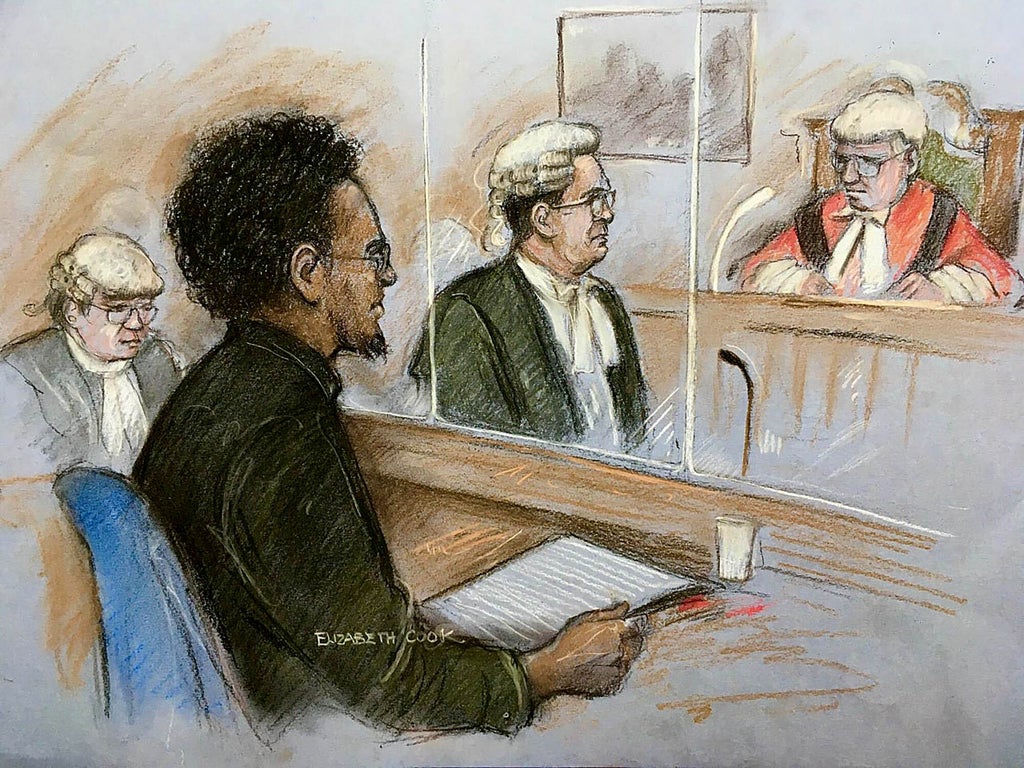 An alleged terrorist told an aid of Sir David Amess he would not “take too long” as he fixed an appointment to murder the MP, a court has heard.

Ali Harbi Ali, 26, exchanged a series of emails with Sir David’s office, even feigning interest in churches and healthcare to get a meeting with the Southend MP, jurors were told.

On October 15 last year, Ali traveled to Leigh-on-Sea in Essex to attend his noon slot at Belfairs Methodist Church, the Old Bailey heard.

He stabbed Sir David 21 times and waved a bloody knife around before he was apprehended by unarmed police officers, jurors were told.

On Tuesday, prosecutor Tom Little QC took the jury through a timeline of events leading up to the 69-year-old veteran Tory MP’s death.

He said police pieced together Ali’s activities from hundreds of hours of CCTV footage and data from his laptop and mobile phone.

The court heard Ali had looked up a web page about Sir David on July 22 last year.

Three hours later, Ali was near the Houses of Parliament, according to cell site analysis.

On September 27, Ali emailed Sir David’s office to ask about a meeting.

He wrote: “I will be moving to the area from a Labour-held constituency and wanted to get to know my future MP.

“Since I work in healthcare, I would like to know his plans, if any, for the hospital and workers.

“Also, as someone interested in Christianity, I have seen many churches in my area losing attendances and struggling with upkeep, eventually becoming at risk of being demolished or repurposed.

“I wanted to know if the situation in Southend is similar and, if so, what are the solutions.”

He added: “Looking forward to seeing you soon. If all appointments are taken, let me know if there’s a cancellation. I’ll be in the local area and will be able to drop by.”

Sir David’s aid Rebecca Hayton responded by requesting Ali’s address and full name to check he was a constituent.

Ali gave a postcode in Southend and told her: “I’ll be in the local area on Friday so it would be nice to see him regardless, although I know he’s a very busy man so I can appreciate (it) if that’s not possible .”

Ms Hayton told Ali all the appointments had been taken but she would be happy to book him in for October 15.

Ali replied to say his “schedule is rather hectic for the next couple of weeks so I’m not sure I’ll be available”.

But, on September 30, he confirmed he was “able to clear up my schedule” and asked for an appointment at noon.

He told Ms Hayton: “I don’t really know how long the appointments are but I don’t think I’ll take too long. Thanks for all the help so far.”

Around the time of the attack on Sir David, Ali sent a message to family and friends which appeared to have been drafted days before, the court was told.

In it, he said the attack was “for the sake of Allah”, jurors heard.

He allegedly wrote: “I apologize to my family for deceiving them for so long. I would have preferred Hijrah so as not to harm you but I could not.

“The obligations upon me to take revenge for the blood of Muslims were too great.

“The shame of abiding in the very lands that carry out these horrendous acts against my brothers and sisters was too much.”

See also  Working from home does not work, says Johnson