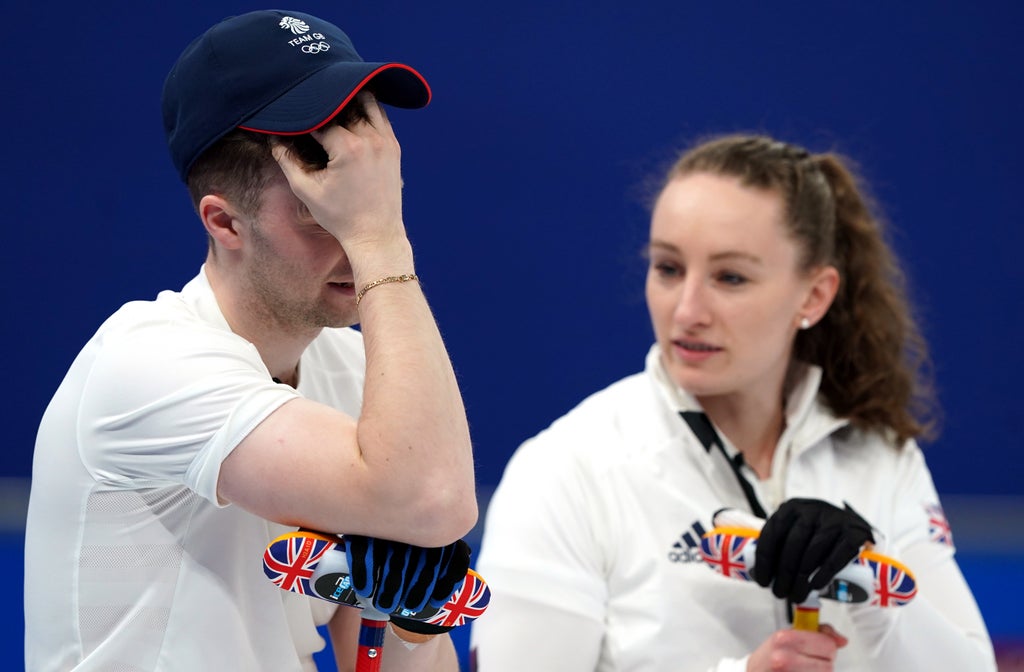 Olympians Jennifer Dodds and Bruce Mouat will have inspired another generation of curlers despite narrowly missing out on the curling final in Beijing the head of Scottish Curling has said.

The pair will compete for an Olympic bronze medal on Tuesday after a mixed doubles semi-final defeat to Norway.

But speaking after their loss, Bruce Crawford said the young athletes have been “great ambassadors” for curling and will have encouraged more people to take up the “addictive” sport.

The chief executive of Scottish Curling told the PA News Agency the defeat was a “huge disappointment” but that both curlers should be proud of their performances so far at their first Winter Olympics.

Mr Crawford, who watched the semi-final at Edinburgh Curling where Mr Mouat and Ms Dodds first learned to play, said: “We were all cheering Bruce and Jen on, hoping they could get Team GB into the final.

“It is a huge disappointment that they didn’t manage to do that today but, all credit to them, they got us this far and we just need to look forward to the next game.

“We’ve already played and beaten Sweden so we need to do that again tomorrow and I just look at the positives that we can from this to take forward.

“Bruce and Jen have been great ambassadors of the sport, they’ll get more people trying curling so hopefully they’ll inspire the next generation to come up.

“They’re a young pair of athletes so there’s a real sense of excitement, and we’re just getting warmed up for the men’s and women’s events too.”

Mr Crawford said they are hoping the pair will come away with a medal tomorrow and that watching them will inspire others to try the sport.

He said: “Like most of us, if you try it, you’ll probably fall in love with it because it’s very addictive playing it as well as watching it.

“So we’re hoping that lots of people will get inspired and join the ranks of the existing curlers in the country.”

Following the semi-final, Mr Mouat’s dad, Bob, 67, a former bank manager, told PA: “They’ll be fighting hard for the bronze medal, I can assure you. There’s a lot of good teams there so it’s been great to get this far.”

He added: “I’ve watched them so much, you know, all the way up through all the under-17s, under-21s. I don’t get really nervous, there’s not a lot I can do.

“When you’re at the top of the tree, any team can win on any given day and today, unfortunately, it was the Norwegians.”

David Aitken, a coach for Scottish Curling, who trained both Mr Mouat and Ms Dodds when they were first getting involved in the sport aged eight and 10 respectively, said: “I don’t think us coaches were thinking, ‘I wonder who the Olympians are going to be?’ As coaches you just want the kids to have fun, be safe, make friends and do a fun sport.

“That’s what stood out in their early years – they were just really good members of the club.

“When they got to under-17 events in Scotland and the under-21s they started to think, ‘Yeah, I could see myself doing this’ and then their focus, drive and ability really kicked in.

“Over the last few years they’ve established themselves on the world stage, but doing that and bringing it to an Olympics is a different matter, especially given that preparation has been so disrupted and compromised by Covid.”

A Scottish Curling spokeswoman cited the £32 million of funding from the National Lottery and UK Government for British Olympic and Paralympic winter athletes and sports that has enabled the Team GB curling team to train full time, travel to compete and work with data analysis, sports psychologists and nutritionists.