Skip to content
Home News Mother living in a roach-infested, mold-covered property with her young children 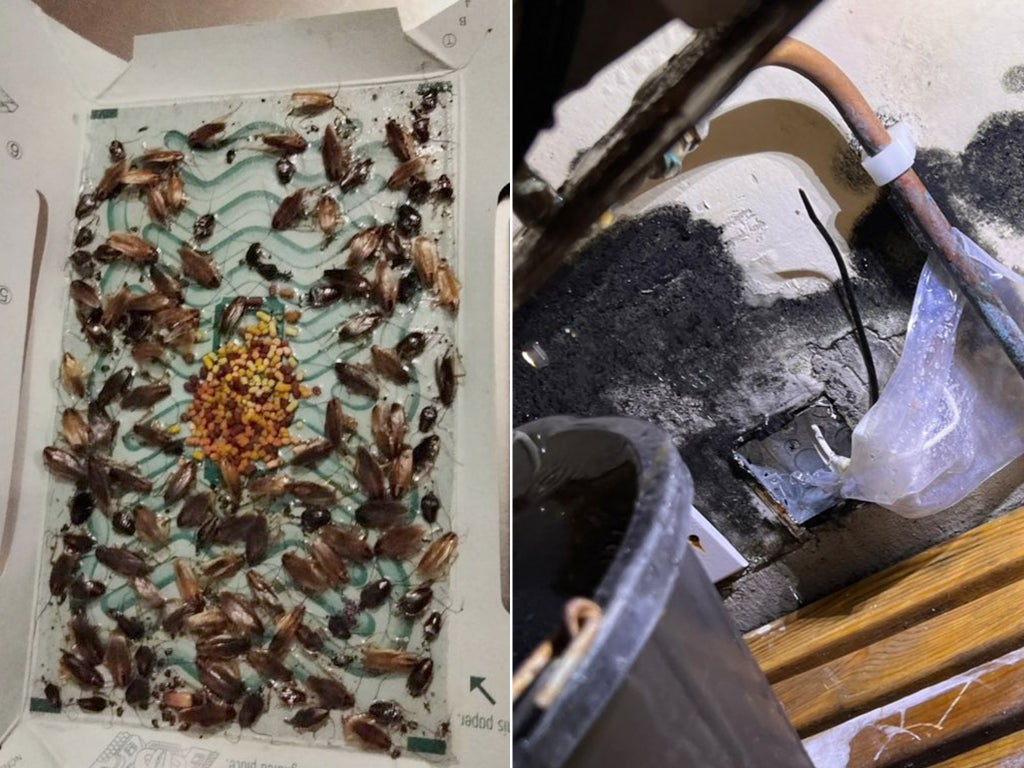 A single mother living in a cockroach-infested and mold-covered new-build property with her young children has said she feels suicidal after enduring poor housing conditions for a year.

Video footage posted on social media reveals a Lewisham social housing flat with a front door so swollen it barely closes, dozens of cockroaches in a child’s bedroom and black mold on the walls.

Entering the property, social housing campaigner Kwajo Tweneboa, who posted the images, visibly struggles to open the door. “I don’t know what counts as a fire hazard, but I think this would. Here small children are expected to open this door and close it. It’s almost impossible,” he says.

He later films a boiler leak caused by a punctured water pipe, which is seen leaking near an outlet surrounded by black mold as a cockroach floats in a bucket placed there to catch the leaking water.

In another clip, dozens of cockroaches can be seen on the carpet in one of the children’s bedrooms. “It is completely out of order. It’s unacceptable,” Mr. Tweneboa can be heard saying.

Moussokoa, the woman who lives on the property, who only wanted her first name used, said her children, aged 12, 10 and four, were afraid to sleep at night and their mental health was seriously suffering. as a result of the situation. The 41-year-old woman tells Mr. Tweneboa that her youngest child slipped due to a leak on the property.

“[The cockroaches] they are under my son’s bed, so he has to come sleep in my bed. I keep cleaning but they keep coming back. He got pest control but they refused to do the rooms,” he says in the pictures.

“My mental health is completely damaged. I don’t even want to say anything because I don’t want anyone to come and take my children away from me. I can’t sleep, I can’t do anything, I’m suicidal.”

The L&Q housing association, which owns the property, apologized for the “unacceptable conditions” of the house and confirmed that the family was moved to temporary accommodation last week so the property can be repaired.

“We have already apologized to the resident and have been working closely with them and the heating provider to make sure we put things right. […] We apologize unreservedly for the upset and disruption this has caused,” a spokesperson added.

Tweneboa said the independent he was “horrified” to see the state of the property, but that the family was “one of many” social housing tenants with similar problems in their homes.

He added: “You shouldn’t take me to shake up L&Q. It is a shame that all the new construction is infested with cockroaches and mice. The tenant has made it clear that he does not want to return. His mental health has been destroyed.”

It comes as the social housing sector has come under increased scrutiny for the conditions of its homes following a rapid rise in the number of blight claims being issued against providers in recent years.

The Levelling, Housing and Communities Committee (LUHC) announced last November that it was launching its own investigation into regulation and conditions within the sector.