Skip to content
Home News Mother-in-law slammed for demanding to be in the delivery room for grandchild’s birth: ‘Sounds disturbed’ 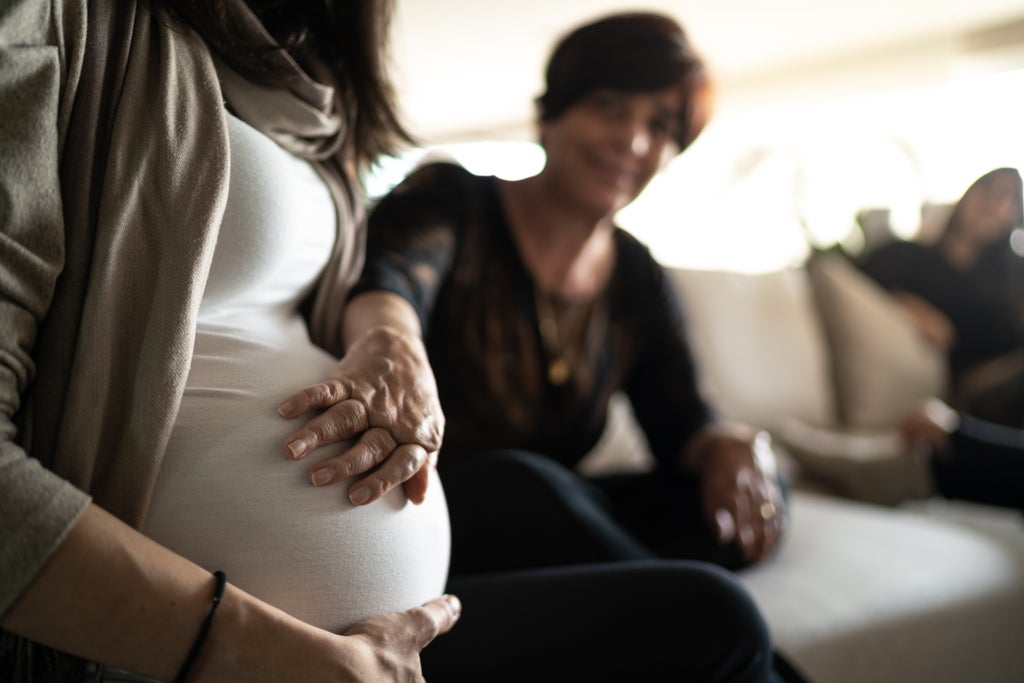 A mother-in-law has been facing backlash for making a “huge scene” when told that she couldn’t be in the delivery room for her grandson’s birth.

However, when the woman told her mother-in-law in that she didn’t want her in the room, when giving birth to her child, the soon-to-be grandmother wasn’t happy.

“Their very recent argument ensued after my wife kept insisting on being present in the delivery room despite getting a resounding ‘NO,’” the father-in-law explained. “My wife was having none of it.”

When the mother-in-law threatened to “barge into the room,” his son and wife were encouraged to switch hospitals. Once the son’s mom found out about this, she got “very mad” and her husband de ella attempted to calm her down.

“I told her to stop and think,” the Reddit poster explained. “Because if she keeps this up she will lose all chances to see her grandbaby from her. She told me off and went to make a huge scene at the hospital my daughter in law was at.”

“It did not end well and my wife came home crying hysterically after getting chewed out by our son and kicked out of the hospital,” he added.

Things between the mother-in-law and her family members “remained tense,” until her son invited his father to meet the baby. However, he did not invite his mom to her, which made her extremely upset.

“I had an argument with her after she tried to guilt me ​​into staying with her and shame my son for keeping his mom away from her grandbaby,” the grandfather explained. “But I told her ‘I told you so’ and said that she had plenty of opportunities to get right with our daughter in law but she blew them away because of her stubbornness de ella.”

The woman then started yelling at her husband about “how unsupportive and cruel” he was going to see the grandson, while she was “banned” from doing so. After deciding to visit his grandchild de ella, and his wife de ella continued to argue with him about “taking the wrong side, instead of defending her.”

“I feel bad for her but at the same time I think that she was being irrational and made this a competition despite knowing how our son and his wife felt about her behaviour,” he added.

As of 1 March, The Reddit post has over 25,700 upvotes, with users in the comments noting that the original poster is not the a**hole and that his wife should have been more understanding of her daughter-in-law’s decision.

“Your wife sounds a bit disturbed—at the very least, unable to get out of her own way—and she reaped what she sowed,” one wrote. “You told her to stop, and she continued to be a complete nightmare…Everyone in the situation could see what was coming except your wife.”

“It’s being inappropriately involved in her son’s life and being jealous of his wife,” another said. “Ella She should know that mother and wife are n’t the same roles, even though ella she’s acting like they are.”

Other commenters emphasized how it was an invasion of privacy, on the mother-in-law’s part, for insisting on being in the delivery room in the first place.

“Demanding to be in the delivery room isn’t overprotective, it’s horribly intrusive,” one wrote. “It’s monumentally entitled and insensitive. Btw, you were absolutely right to accept the invitation to see your grandchild.”

“No one gets into the delivery room without an invite from the mother,” another added. “Period. I can’t imagine this sort of behavior is an isolated incident for your wife. Does she always feel entitled to others’ private matters?”

The Independent has reached out to @u/throwaway67907 for comment.