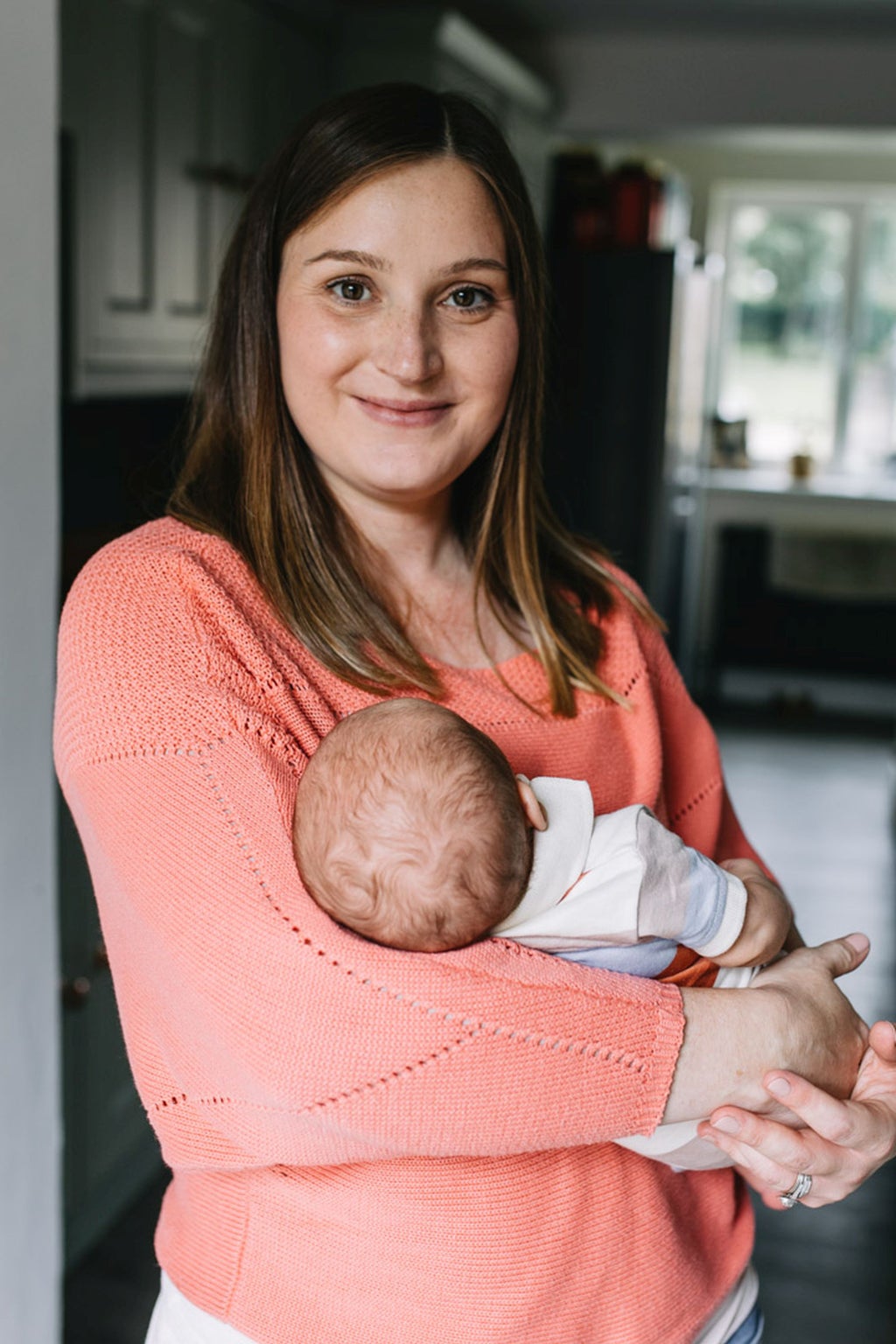 A new mum was shocked to discover she was “allergic” to her own baby, after her body erupted in painful blisters and welts during pregnancy.

Fiona Hooker, 32, first noticed itchy red areas on her stomach in April 2021 when she was seven months pregnant, which she says felt like “nettle stings” and got progressively worse.

She was prescribed a steroid cream by her GP and referred to a dermatologist, who she saw multiple times throughout the rest of her pregnancy as she was covered in “unbearable red itchy plaques” on her skin.

But Ms Hooker said the condition “exploded” into agonizing blisters after giving birth that made it difficult to hold her own baby, Barney, who is now seven months old.

Doctors diagnosed her with the rare autoimmune pregnancy condition pemphigoid gestationis (PG) – which affects one in 50,000 women – and said a reaction to a gene in her son’sDNA may have caused her immune system to attack her own skin.

The mother of two, from Basingstoke in Hampshire, said: “When I was diagnosed I was shocked because it’s so rare – I was hoping they’d got it wrong and it was something else.

“My son must have a gene from his dad that my daughter got from me instead because I didn’t have it with my first pregnancy.”

She added: “Something in the father’s DNA triggers the placenta to start attacking a protein which is also in the skin, so my body was attacking my skin.”

The dermatologist at Basingstoke and North Hampshire hospital then started Ms Hooker on a strong dose of oral steroids in an attempt to relieve the hypnobirthing teacher of excruciating pain.

She had to spend the next six months slowly working her way down the different strengths of steroids until she could be weaned off them, just before Christmas.

Ms Hooker said: “Because I’m quite recently off the steroids, every now and again I get a bit itchy and have to use a bit of steroid cream, so I think my body is still getting over it.

“A lot of people have to have immunosuppressive therapies to get off the steroids and get the condition under control, so I’m quite lucky.”

Knowing the condition is likely to re-emerge in further pregnancies, she and her husband Warren have decided not to have any more children.

She said: “It’s put me off being pregnant again, especially because the research says it will come on earlier and worse and I don’t think I could do that again even with steroids.”

She now hopes to raise awareness of PG, admitting that she hadn’t heard of it until being diagnosed herself and researching online.

Though most of the painful rash has subsided, Ms Hooker said “it is made worse by certain hormones” and expects small flare-ups at each menstrual cycle. She said: “I may have some symptoms of it forever but not as bad as before.”