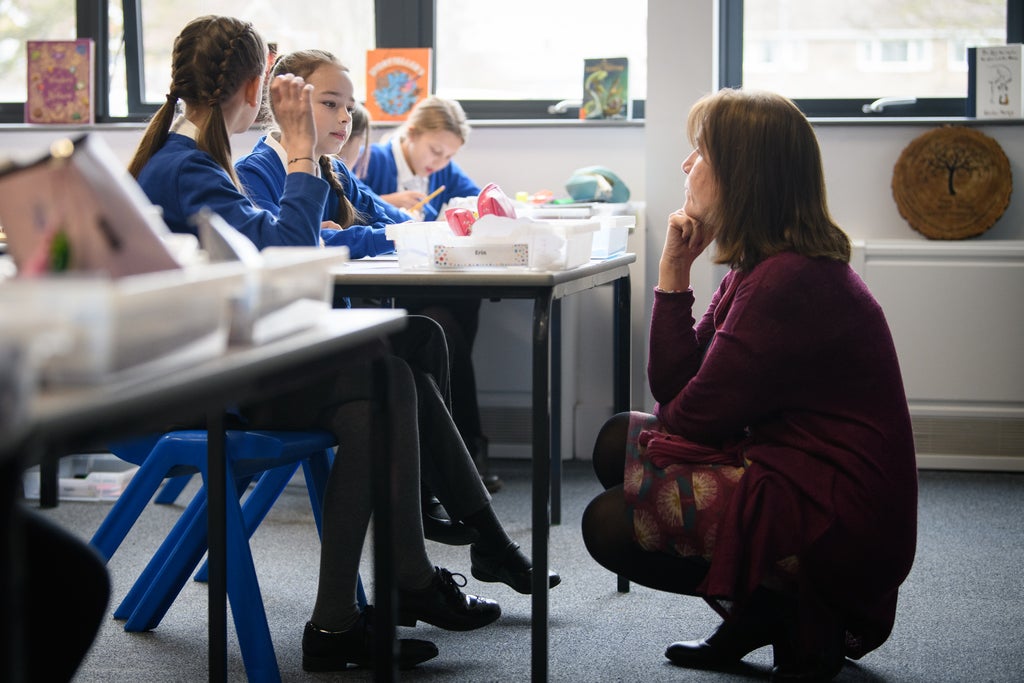 The UK’s largest study of work happiness found 36 per cent of people are unhappy in their jobs.

Real estate is the industry which scored the lowest– followed by management, consulting and automotive.

At the other end of the scale, education was considered the happiest sector – with workers scoring high on having a clear sense of purpose.

This was followed closely by workers in aerospace and defence, and government and public administration which also scored high on work contentment.

The insights come from Indeed’s Work Happiness Score – which measures how people feel at work and why – and displays data for more than 1,800 organizations in the UK across 25 different sectors.

It measures happiness by allowing current and former employees to rate companies on a scale of one to five based on a simple statement: ‘I feel happy at work most of the time.’

Indeed’s Work Happiness Score was developed with guidance from Dr Jan-Emmanuel De Neve, Professor of Economics at Saïd Business School and Director of the Wellbeing Research Center at Oxford University and Dr Sonja Lyubomirsky, professor of psychology at University of California.

In response to the findings, almost 100 British workers demonstrated in London’s Trafalgar Square on Tuesday 25 January.

The crowd, comprising of workers from 11 different sectors including healthcare, construction and real estate, held balloons to communicate the nation’s feelings towards their jobs using the universal language of emojis.

Dr Jan-Emmanuel De Neve said: “Happiness at work is critical to people’s wellbeing for obvious reasons but it is also a driver of their productivity and success.

“So, employers are well advised to get the emotional pulse of their organization and have a frequent measure of workplace happiness.

“That’s why I’m thrilled to have been involved in developing Indeed’s Work Happiness Score to offer employers and employees robust measures of work happiness, and its drivers, that can be readily compared across thousands of organisations.

“This is only the beginning and I’m so excited to witness the positive impact this score has on fostering happy and thriving workforces across the UK and globally.”

Supporting research of 2,000 employees, conducted via OnePoll, found the average worker spends a fifth of every year feeling unhappy in their role.

Worryingly, one in 10 even starts feeling unhappy less than six months into a new job.

But it seems unhappiness in the workplace isn’t restricted to the working day – it has a knock-on effect on personal lives too.

More than one quarter admit they struggle to find enjoyment in other aspects of their lives due to feeling unhappy at work, while 22 per cent have taken work frustrations out on their partners.

Almost three-quarters feel their workplace unhappiness has negatively impacted their physical and/or mental wellbeing, with 44 per cent losing sleep and 43 per cent lacking energy.

One third of unhappy workers have consequently experienced physical symptoms, with headaches and migraines the most common.

LaFawn Davis, Senior Vice President, Environmental, Social and Governance at Indeed said: “Happiness should not be a privilege but when it comes to work, it’s a fundamental right.

“Job postings in the UK have soared above their pre-pandemic level. As the labor market shakes off the ill-effects of the pandemic, the adjustments caused by Covid-19 have tipped the balance of power in favor of jobseekers.

“For employers, this means taking a holistic approach to employee wellbeing, and our Work Happiness Score will make it easier for them to measure drivers of happiness to see where improvements can be made.

“While many UK workers are unhappy, there are reasons for optimism. An overwhelming majority of people believe happiness at work is possible and while some sectors are more satisfied than others, we know happiness is possible in all workplaces.”