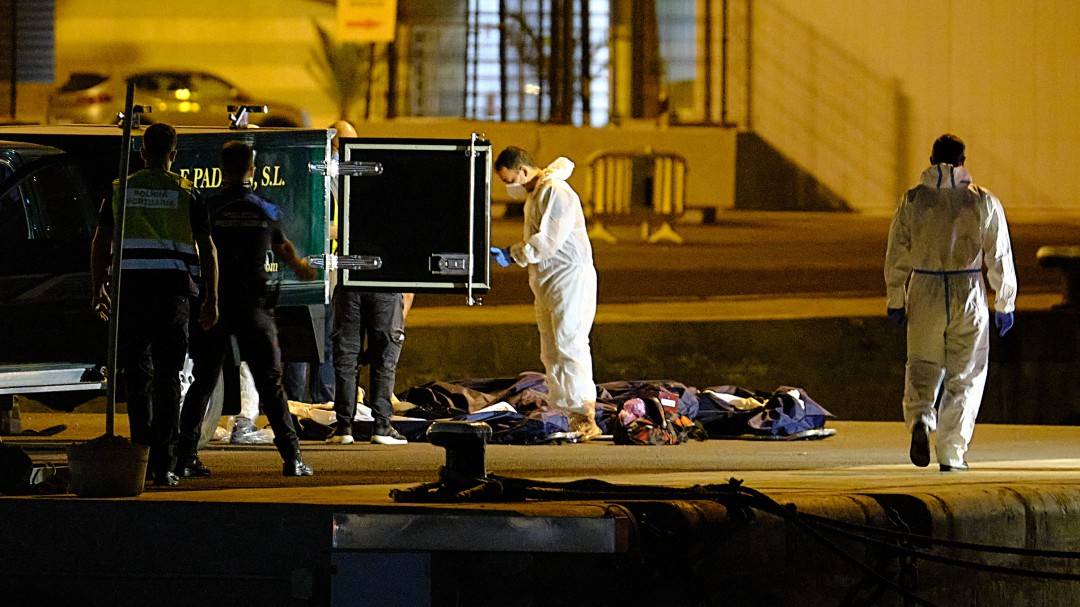 4404 lives were claimed by the access waters to our country last year. It is almost 103% more than in 2020, which means an average of 12 fatalities per day, the vast majority 4,016 on the Canarian route, consolidated as the deadliest in the world. They are citizens of 21 countries, mainly African, Moroccan, Algerian or Senegalese, but also Syria, Bangladesh, Pakistan or Yemen. Among the victims 628 were women and 205 children. Another piece of data stands out: 94.80% of the victims disappear at sea without their bodies being recovered.

These are data collected by the collective Caminando Fronteras, which has produced an annual report since 2016 on the victims of the Spanish borders, based on the calls they receive from the migrants themselves from the barges in distress or from relatives who warn of the disappearance of their loved ones. Official data or observatories like this have never been known with such a high death toll. 34 years after the appearance of the first corpse of an immigrant arrived on the Spanish coast by boat (it was on November 1, 1988 in Tarifa), the routes of despair towards our country beat all records with this figure of 4404 dead.

With almost the same number of entries by sea as in 2020, about 38,000, in 2021 the number of victims of this border system has doubled. More than 21,000 arrived in the Canary Islands and more than 16,000 in the peninsula and the Balearic Islands. Adding the crossings to Ceuta and Melilla, the 39,000 migrants were exceeded in 2021, but it must be emphasized that this provisional balance of the Ministry of the Interior (the last published is that of December 16) does not include the great record arrival to the coasts of Ceuta in mid-May when more than 10,000 people crossed in just over 24 hours and of which at least 1,100 minors remained. About 500 of them are still there because Morocco now rejects their return.

“Why are the figures hidden?”

Helena Maleno, representative of the Caminando Fronteras collective, has analyzed the report on Cadena SER. As the activist explained in ‘Hoy por Hoy’, “since 2007 there have been two alert telephones, for relatives and for boats at sea. There are boats that completely disappear and others that are shipwrecked, and from there the data”. “There may be more people, but we know that these 4,000 are dead. We ask for more official involvement, that figures are not hidden, because there are responsible and nobody wants to point them out,” he laments.

“The Canarian route is the most dangerous. Even from the Gambia they are leaving,” he highlights. “Someone has not done their work to defend life, we have failed as a democracy. We have found that the rescue services have given us the Red Cross customer service telephone number for a boat adrift, or countries that do not know they have coordinated to avoid a shipwreck or the boat has overturned due to insufficient resources. There are factors that have caused these deaths and measures must be taken, “he concluded.