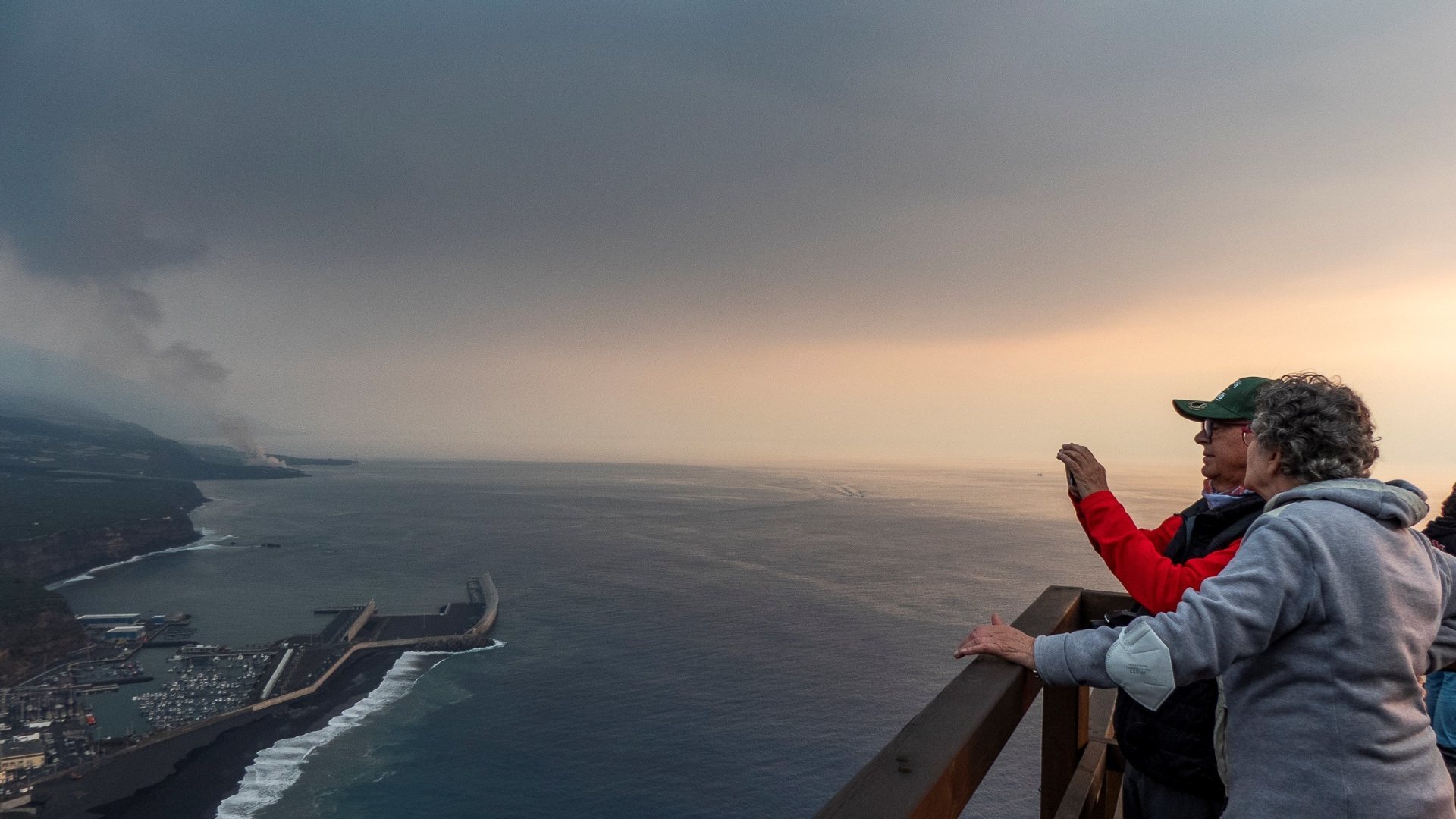 The eruption of the Cumbre Vieja volcano, about to complete two months of activity, has registered more than 300 earthquakes in a single day, specifically 319, the highest number of earthquakes in 24 hours since it began on September 19, after parameters such as ground deformation and sulfur dioxide emissions remained down during the last week.

Most of the more than 300 earthquakes registered in the last day occurred at an intermediate depth of between 10 and 15 kilometers, in the municipalities of Mazo and Fuencaliente. A seismicity that for the moment, this Thursday is still high, with more than 80 earthquakes throughout the morning. The largest has been located at 1:51 in the Canary Islands in Villa de Mazo and at a depth of 34 kilometers, according to data from the National Geographic Institute.

Meanwhile, the new wash that was formed on the last day and runs between the Todoque mountain and La Laguna, has stopped during the early morning, as reported by TVE Francisca González from the Canary Island.

Scientists are also keeping an eye on the volcanic tremor, the vibration produced by magma, which has plummeted in the last few hours, after a rebound registered the previous day. This signal has dropped, after the volcano expelled a large amount of magma.

Besides, the Palma is on a yellow warning for rains this Thursday from 6:00 p.m. to midnight, since up to 15 liters per square meter per hour are expected. The water increases the weight of the ash and could increase the risk of infrastructure collapse and also cause sewage problems.

As for the direction of the wind, it has changed and the column of gases and ashes are going towards the eastern part of the island, towards the airport, so it could complicate air traffic, although for now the operation is maintained and there are no flights suspended.

The lava from the Cumbre Vieja volcano has already affected more than 1,042 hectares on the island, and has destroyed more than 2,600 buildings in its wake, according to data from the European satellite program Copernicus, since it erupted on September 19. In addition, it has formed a strip of more than 41 hectares that continues to grow fed by three flows.

At the moment, the eruption has caused between 550 and 700 million euros of economic damage, according to the president of the Canary Islands, Ángel Víctor Torres, who has intervened telematically at the Annual Conference of the Outermost Regions (RUP) of the European Union.

More than 7,000 people have had to be evicted since the beginning of the eruption and a person died, last week, while cleaning volcanic ash from the roof of a house in the neighborhood of El Corazoncillo, although the autopsy carried out has not allowed an accurate diagnosis of the cause of death, according to reported the Superior Court of Justice of the Canary Islands (TSJC).