Skip to content
Home News More than 1,000 cases of new Covid variant detected in the UK and could become dominant


A total of 1,179 cases of the new new Covid-19 variant Omicron XE have been confirmed in the UK so far and appears to have evolved after the two strains merged together

A new Covid variant has been detected in the UK (

A new Covid-19 variant Omicron XE has been detected in the UK and could become dominant.

Public health officials say the “recombinant” variant – which is a combination of Omicron BA.1 and BA.2 sub-variants – looks to be more contagious.

It appears to have evolved in Britain after the two strains merged together and then went on to infect others together.

Dr Alan Stout, chair of the British Medical Association’s GP committee in Northern Ireland, said: “The early signs are that it is going to be very transmissible so it will probably become the dominant strain again.

“Again the early signs from elsewhere are that it’s not causing any more serious illness and that the vaccine is protecting people. So even though it will most likely become dominant it hopefully won’t cause any significant problems.”

The UK Health Security Agency (UKHSA) said that the most recent data showed XE had a growth rate of 9.8% above BA.2.

However it cautioned that “as this estimate has not remained consistent as new data have been added, it cannot yet be interpreted as an estimate of growth advantage for the recombinant.”

In a report the World Health Organization said the XE recombinant was first detected in the UK on 19 January and said early tests showed it could be more transmissible.

The report said: “Early-day estimates indicate a community growth rate advantage of 10 per cent as compared to BA.2, however this finding requires further confirmation.

“XE belongs to the Omicron variant until significant differences in transmission and disease characteristics, including severity, may be reported.” 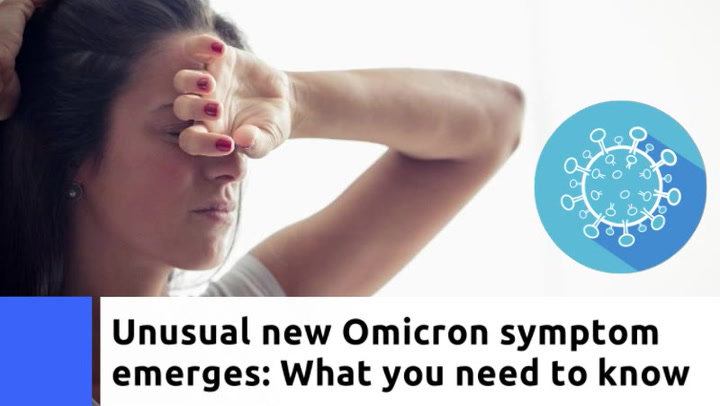 Unlike previous strains, which often presented with three classic symptoms – a fever, persistent cough and loss of sense of smell or taste – Omicron symptoms have been established as mild and similar to a cold.

Since it can be difficult to tell the difference between Omicron symptoms and a cold, people are recommended – though there is no legal requirement anymore – that they stay home if possible if they feel unwell.

It comes as thousands of people who have been left unable to work due to long Covid have been told they do not qualify for vital disability support, despite some being left with debilitating and ongoing side effects.

Around 300,000 people in Britain have been left with long Covid – but many are struggling to access and apply for the government’s disability benefits scheme.

Politicians and campaign groups warn not enough has been done to remove barriers to applying for financial aid.

“A vast number of severely impaired people are simply not getting the help they need and are entitled to,” said Dr Jo House, a spokesperson for Long Covid Support.