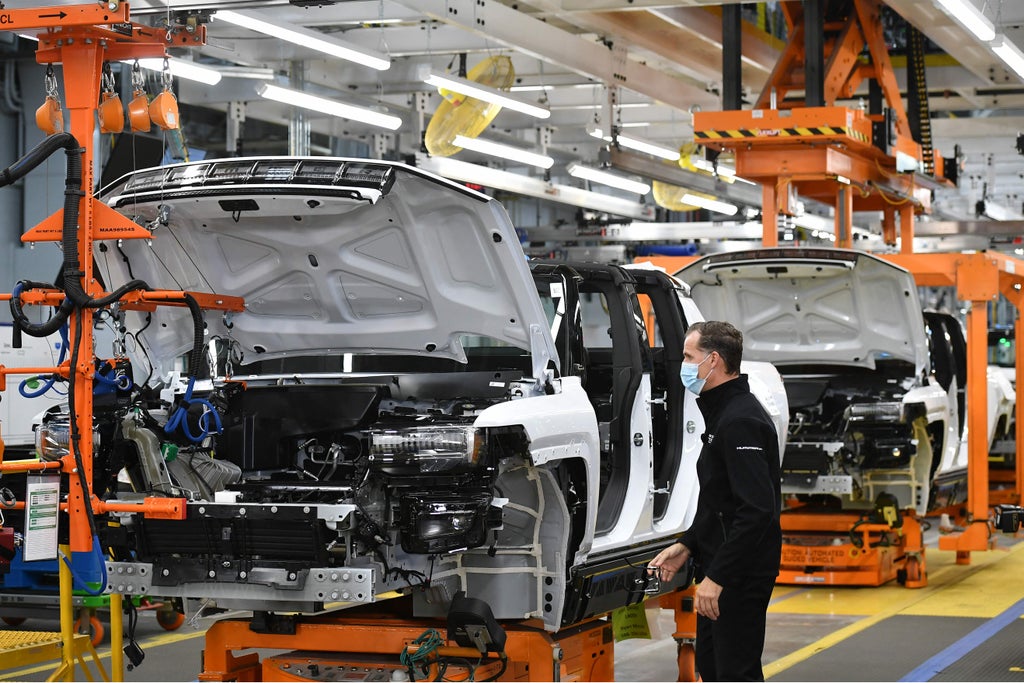 The electric vehicle (EV) market is soaring, with 130,000 cars sold globally each week, roughly equivalent to sales for the entire year in 2012.

Sales of EVs more than doubled in 2021, even with supply chain snarls and pandemic-related shrinking of demand for gas-powered cars.

New data, from the influential intergovernmental International Energy Agency (IEA), revealed that 6.6 million electric cars were sold last year – twice the number of 2020 – making up 9 per cent of the global car market.

IEA says the growth is “particularly impressive” over the last three years. The number has about tripled from 201 when 2.2 million electric cars were sold.

“We estimate there are now around 16 million electric cars on the road worldwide, consuming roughly 30 terawatt-hours (TWh) of electricity per year, the equivalent of all the electricity generated in Ireland,” the IEA reported last week.

More than half of all electric cars are being sold in China (3.4 million), but the market is steadily growing in Europe and the United States.

“The Chinese government’s official target is for electric cars to reach a market share of 20 per cent for the full year in 2025, and their performance in 2021 suggests they are well on track to do so,” the report noted.

The booming demand in China can be attributed to several factors.

The pandemic led the Chinese government to extend electric car subsidies for two years, which may have spurred on buyers.

A number of new tiny EVs also hit the market. The Wuling Hongguang Mini EV, described as a “Nano EV”, is not eligible for subsidies but has become a bestseller with an entry price point of $4,500. (The company also has a Disney “Zootopia” limited edition model for $9,250, according to InsideEVs.com).

Tesla is still the strongest player, accounting for more than half of all electric car sales. However, its hold on the market is dipping as more companies enter the sector. A “generous” tax-credit system for EVs in the US may be influencing new car buyers (although it doesn’t apply to Tesla and General Motor vehicles, IEA notes).

In Europe, 2.3 million electric cars were sold in 2021, about half of which were plug-in hybrids, against a backdrop of tightened carbon emissions standards and more subsidies being rolled out by countries in the bloc.

Germany made up the largest share of the European market last year where more than one in three cars sold was an electric model.

While EVs accounted for 17 per cent of total European sales, the numbers vary wildly from country to country.

But there was stagnation in other parts of the world where the electric car market has seen little growth. In large developing countries like Brazil, India and Indonesia, market share remains below 1 per cent.

“While sales of electric scooters and buses are expanding in these countries, the price premium attached to electric cars and a lack of charging infrastructure are key reasons for the sluggish uptake,” IEA reported.

Potential problems are looming for the sector. EVs need almost double the microchips of a gas-powered car and they are in short supply while costs for bulk materials are rising.

Ford told customers in August that delivery of its flagship model, the Mustang Mach-E, would be slowed down for a few weeks because of chip shortage and GM paused work at its Bolt EV factory for the same reason.

And despite the carbon emissions saved from EV sales in 202, IEA reported that they were canceled out by a similar rise in SUV sales.

See also  Jorge Vilda: "In the future, there will almost always be Spanish players on the list for the Ballon d'Or" | BE Sporty

ITV Beat the Chasers: Who is The Supernerd Issa Schultz and where is The Governess Anne Hegerty?

Alex Garland confronts the horrors of past, present in ‘Men’