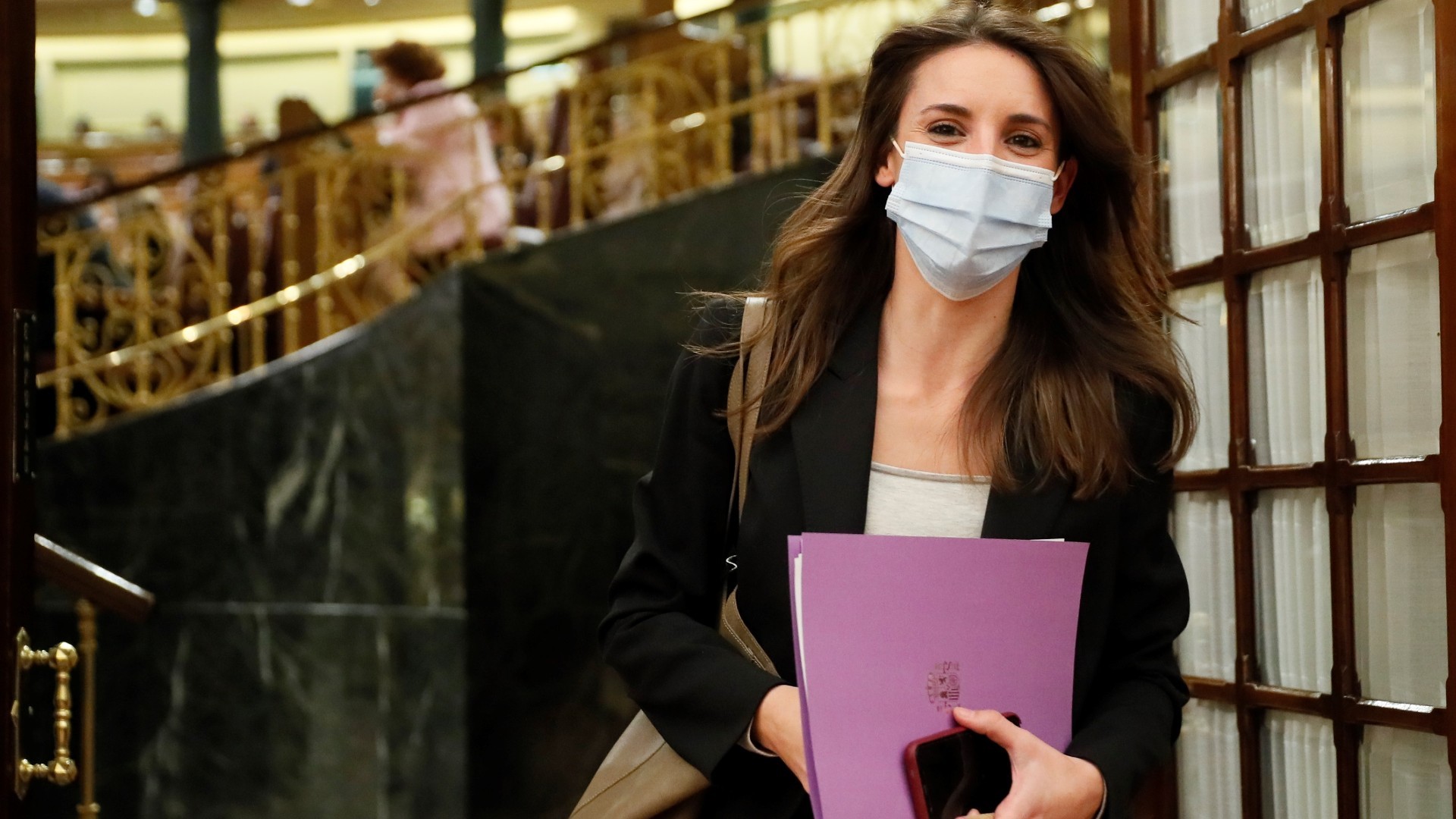 “Society, institutions, women, the population as a whole must be together, united and seamless in the fight against sexist violence“, stressed the Minister of Equality, Irene Montero, during the institutional act organized this Wednesday on the occasion of the International Day for the Elimination of Violence against Women, which will be celebrated a day later.

The motto chosen by the Ministry of Equality for the campaign of November 25, 2021 is ‘Together’ and with it it is intended, as explained by Montero, to call the “interinstitutional” and “intergenerational” unit in order to combat a scourge that continues to destroy lives in multiple ways.

“Together also all the institutions, together the women of different generations, those who have paved the way, those who are now, those who will come, whom we welcome so that this fight is more and more women. And together also men. This is a struggle of the whole of society (…) Either we do it together or we will not be able to eradicate it, “said the minister at the end of a ceremony in which the XVIII delivery of awards to people, projects and institutions who are fighting to stop these types of violence.

Actress Sara Sálamo: “You are not safe even by moving away”

Among the recognized people is the actress and activist for women’s rights Sára Sálamo, who has delivered a very emotional speech in which he remembered the moment in which a high school classmate confessed to him that she was a victim of sexist violence while they were attending an educational talk to prevent this scourge.

“Years later I understood that, from the outside, everything is very obvious, while you live as if these things happened to others. You do not realize the high probability you have of being so. I firmly believe that the antidote to violence is there. in educating our young and not so young“said the actress, recognized in the category of ‘Culture against gender violence’.

After regretting that one in five young men deny sexist violence and link it with “ideology”, he stressed: “Before I had ideology, I had already been afraid of going home alone, I had already had to yell at a man on the street who lifted my skirt (…) I wish it would all end here, but the years are passing and the violence continues. Not even walking away are you safe“, has said.

The son of a murdered woman: “We have the tools to change things”

It has also been recognized Joshua Alonso Mateo, orphan due to gender violence after the murder of his mother Sesé Mateo García, in the resilience category, for his work in training and defending the rights of orphans and orphans of sexist violence.

“I dedicate this award to my mother. Today I am here for you, mom. I thank all the people who have supported me, who have given me wings, who have given me strength to continue my life, to understand that there is something later. of gender violence (…) It’s hard to have to be aware of how macho we are when your mother is murdered. We all have the ability to change it, each one of us in our position in our field has the tools, “said the young man.

Similarly, the documentary series Dew. Tell the truth to stay alive, in the category communication and awareness against gender violence. Its director, Ana Isabel Peces, has dedicated it to Rocío Carrasco and to “so many ‘Rocíos’ who called 016” after recognizing themselves as victims. Helping these women, he says, was “the best professional gift.”

The project has also been recognized “Pull the thread: stories of migrant women survivors of sexist violence “, promoted by the Network of Latin American and Caribbean Women; the Platform Unitària Contra les Violències de Gènere de Catalunya; the Equality Commission of the IES Gómez Moreno of the San Blas district in Madrid and the project Network of Protected Municipalities against gender violence, of the Equality Area of ​​the Valencia Provincial Council.

They are also part of the list of projects and recognized people Nerea Barjola, researcher and feminist activist and Teresa Peramato, Prosecutor of the Delegate Chamber of Violence against Women, for his work on the application of laws with a gender and childhood perspective. 016

“♀️ #Joints is the story of the intergenerational struggle against #ViolenciasMachistas narrated through the testimony of surviving women, professionals, institutional representatives and activists.

– Delegation of the Govt. Against Gender Violence (@DelGobVG) November 19, 2021

During the event, a trailer of Gaskets, a short documentary in which survivors, experts, workers who accompany the victims and activists unite their voices and reflect on the progress and challenges in the fight against sexist violence.

Also in this meeting, Minister Irene Montero has insisted on the need for a union to achieve the “huge pending challenges” that remain in this matter as “protecting protective mothers” who “protect themselves and their children” from sexist violence; “protect women, children, families and friends from vicarious violence”; the recognition of “institutional violence” or “combating” the “patriarchal justice” that, as indicated, Spain suffers as CEDAW and other international organizations have warned.

“This Government and all the institutions we will not rest until we are always on time in all cases, “the minister concluded.