Health officials have issued an “urgent” call to virologists to help the “rapidly scaling-up” response to the monkeypox outbreak, The Independent has learned, as 11 new cases are confirmed in Britain.

It comes as World Health Organization reportedly held an emergency meeting over a “worrying” rise of the disease globally.

In an email seen by The Independent, UK Health Security Agency head of laboratory business and operations, Louise Forster, said: “We are looking for regional ID, microbiology or virology consultants to join the Monkey Pox clinical cell. As you are aware this is a national enhanced incident with a very high priority response, which is rapidly scaling up and we urgently need as many volunteers as possible.”

Volunteers would join a rota acting as a point of contact for clinical advice about monkeypox, and to call clinicians about positive results, the email said.

The UKHSA confirmed 11 further cases on Friday, bringing the total in Britain up to 20. Globally, 127 cases have been reported in 11 countries.

Dr Michael Head, a senior research fellow in Global Health at the University of Southampton, said: “The monkeypox outbreak continues to escalate, and is undoubtedly worrying. The extent of the community transmission of monkeypox, being observed here in the UK and now in several other countries around the world, is concerning.

“However, it is important to highlight that whilst it is understandable to compare monkeypox with Covid, it’s important to remember they are two different viruses with their own characteristics. A big monkeypox outbreak like this is still a very different situation to a Covid pandemic.”

He said. “We may at some point see the use of the smallpox vaccine recommended for close contacts, as part of a ‘ring vaccination’ approach. For example, this was used successfully during an Ebola outbreak in Democratic Republic of Congo in 2018/19, where close contacts were vaccinated as part of the public health response.”

Health secretary Sajid Javid tweeted that he had updated G7 health ministers on what is known about the spread of the virus.

Mr Javid said: “Most cases are mild, and I can confirm we have procured further doses of vaccines that are effective against monkeypox.”

The vaccine is being offered to very close contacts of those who have been affected.

Monkeypox cases are usually found in West Africa, and the virus does not often spread elsewhere.

Symptoms include fever, headache, muscle aches, backache, swollen lymph nodes, chills and exhaustion. A rash can develop, often beginning on the face, which then spreads to other parts of the body including the genitals. The rash can look like chickenpox or syphilis, and scabs can form which then fall off.

The incubation period is usually from six to 13 days but can range from five to 21 days.

The cases in the UK are not all one cluster, with separate cases springing up that are unconnected.

The first case identified was in a person who had returned from Nigeria but other cases are unrelated to travel, suggesting there is community transmission.

Several cases have been confirmed in gay, bisexual and other men who have sex with men who have attended sexual health services. Monkeypox is not normally a sexually-transmitted infection, but it can be passed on by direct contact during sex. It can also be spread through touching clothing, bedding or towels used by someone with the rash, and through the coughs and sneezes of someone with the infection.

The UKHSA insists the risk to the UK population remains low.

Dr Susan Hopkins, chief medical adviser at the UKHSA, said: “We anticipated that further cases would be detected through our active case finding with NHS services and heightened vigilance among healthcare professionals.

“We expect this increase to continue in the coming days and for more cases to be identified in the wider community. Alongside this we are receiving reports of further cases being identified in other countries globally.”

Jimmy Whitworth, Professor of International Public Health at the London School of Hygiene and Tropical Medicine (LSHTM), said the outbreak in the UK was “unprecedented”.

He said: “There is a need to engage with the at-risk community of gay and bisexual men to ensure they know about the presence of this infection and report any signs and symptoms to health facilities.

“Cases need to be identified, isolated and treated, either in hospital or at home, depending on severity and circumstances.” 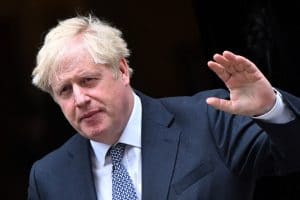 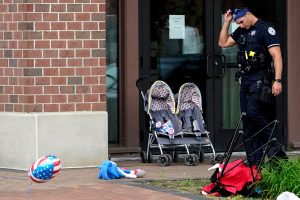 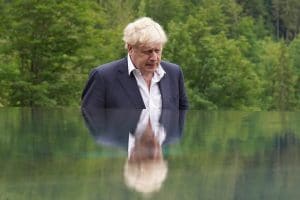 ‘Game over’ for Boris Johnson as papers react to Cabinet resignations