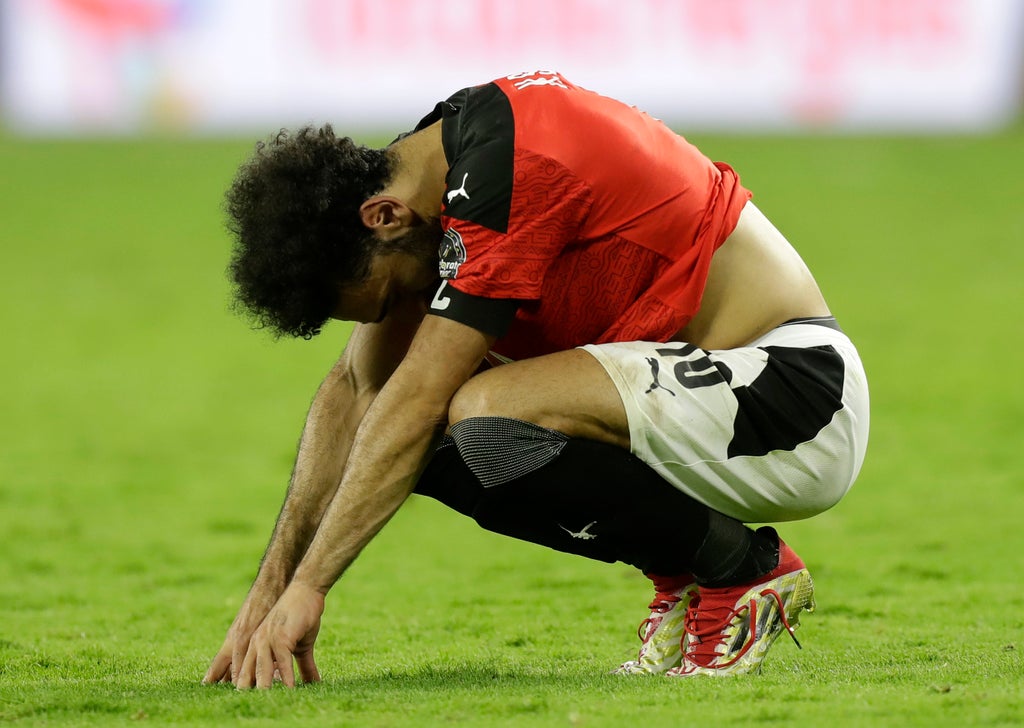 Liverpool manager Jurgen Klopp hopes both the club and Mohamed Salah can benefit from the Egypt international’s Africa Cup of Nations heartbreak.

However, the Reds boss does not believe it is possible for the 29-year-old, who has scored 148 goals in 229 appearances for the club with whom he has won the Champions League and Premier League, to have a greater determination to succeed.

Salah’s side lost to club-mate Sadio Mane’s Senegal on penalties in Sunday’s final, with the current Premier League top-scorer not even getting the chance to take a spot-kick.

He returned to England the following day and was training with the Liverpool squad on Tuesday as he looks to get straight back into action against Leicester on Thursday.

“Yes, he is happy to be back but he is disappointed as well, massively so,” said Klopp.

“Losing a final is always really hard – I can sing that song – but losing the way they lost it was especially hard and that is what he felt as well.

“We spoke obviously and we will see. He will deal with that, of course, and I hope today will already be better, but yesterday everyone could see he still has the end in his mind about him.

Klopp was asked whether the positive to come out of Salah’s disappointment may be a renewed focus on Liverpool’s current challenge on four fronts.

“Greater determination than Mo already had? I am not sure that is human,” he said. “Yes, that all helps in the long-term, but I don’t think there is a lot of space for more determination in Mo’s mind.

“He is very determined. Using these kind of things is the job of all of us.

“When you lose a final, which we are obviously the best example for, it is really, really hard, but if you use it for the next big game or next big tournament then it can at least still be helpful, even if it was really hard.

While Salah could be thrust straight back into the fray against Leicester at Anfield, Mane’s reintroduction will take longer.

“It’s such a big thing – everyone could see the celebrations in Senegal – and we didn’t want to stress anyone there and ask for Sadio back early, so just enjoy it and come back as early as possible, I think it will be tonight ,” added the manager.

The Champions League restarts next week, there is the Carabao Cup final against Chelsea at the end of the month and an FA Cup last-16 tie at home to Norwich in early March, while there remains an outside chance of catching Premier League leaders Manchester City , who hold a nine-point advantage.

While it has started to be mentioned elsewhere, Klopp is not even considering the word “quadruple”.

“If we talk about the maximum it is winning all four but it doesn’t look really likely,” he said.

“We are not to know what will happen at the end of May. Leicester is for us the next big challenge and the outcome in the end I couldn’t care less at this moment.

“We want to squeeze out everything in this season whatever that means. I don’t know any other way than to give it a proper try.”