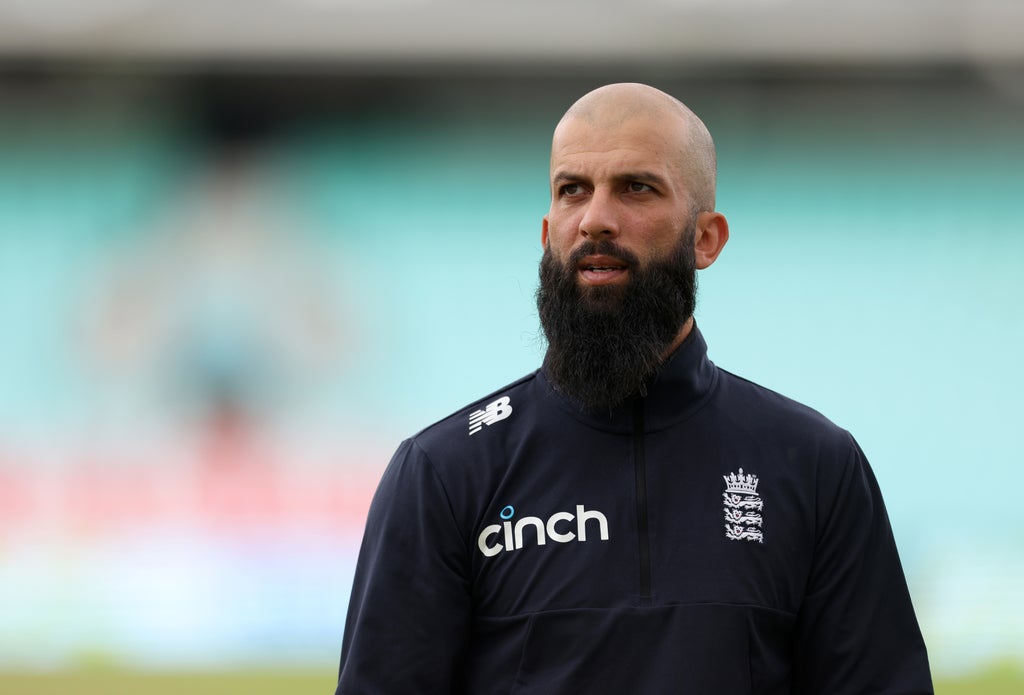 Moeen Ali admitted England must improve on the type of sluggish pitches that have confronted them in their Twenty20 tour of the Caribbean after the West Indies claimed a 3-2 series win.

While Adil Rashid and Liam Livingstone each took two for 17, with the pair and fellow spinner Moeen taking a combined four for 54 in Sunday’s decider, England’s fast bowlers were peppered all over the Kensington Oval.

Reece Topley and Chris Jordan conceded 66 in the final four overs as Rovman Powell’s 35 not out from 17 balls and Kieron Pollard’s unbeaten 41 off 25 deliveries in an unbroken 74-run stand propelled the Windies to 179 for four.

An England side missing several regulars including Jos Buttler, Jonny Bairstow and Ben Stokes due to their Ashes exertions succumbed to 162 all out as Jason Holder finished proceedings with four wickets in four balls.

But Moeen believes these five matches have been a useful exercise for an England side with several inexperienced members, saying at the presentation ceremony: “I think overall it’s been a great learning.

“These conditions we’ve struggled on. We’re good on flat wickets but these are the conditions we want to get better on going forward.

“Batting and bowling, they were smarter than us. I thought the West Indies were the better team, particularly (on Sunday) and overall. We didn’t adapt well to these conditions but we played some good cricket.

“It was a great series and a great spectacle for everyone. We thoroughly enjoyed it, but we didn’t win so it’s a bit disappointing.”

England’s death bowling has come under the microscope recently as they have routinely struggled to pin down the Windies batters at the back end of an innings in Barbados.

Moeen, though, believes neither Jordan nor Topley bowled poorly on Sunday and pointed out they have options not in this squad, such as Jofra Archer, who is on the mend following a second elbow operation last month.

Moeen added: “It is something we’re working on but I actually thought we didn’t bowl too badly here, they played some amazing shots towards the end, Powell in particular was fantastic.

“But it was just one of those things where we’re trying to work on it and find solutions. We will get better as time goes on and when guys like Jof come back.”

Asked whether he would be happy to take the reins again if Morgan struggled to get back to fitness, Moeen replied: “I don’t really think about those things.

“I do enjoy it, it’s great fun and good to be involved but obviously there’s Jos (England’s usual limited-overs vice-captain) who is a fantastic captain, he’s got a brilliant cricket brain and he’s the guy who normally takes over from Eoin when he’s not playing.”