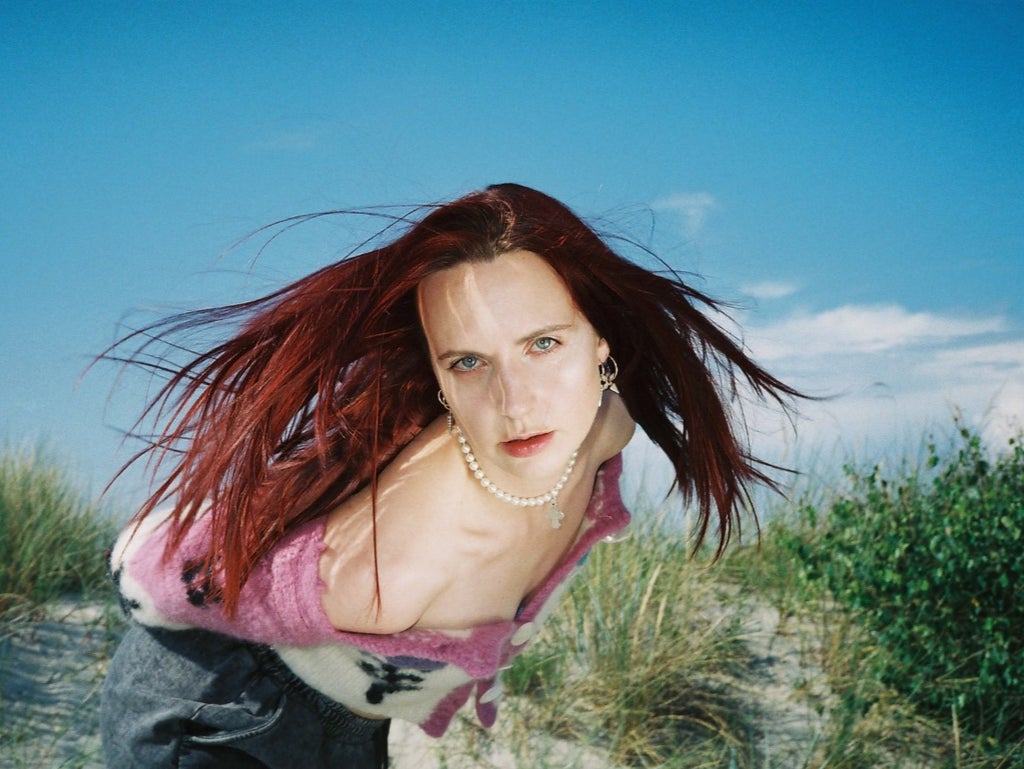 “Dark disco” is how Karen Marie Ørsted describes the sound of her third albumracetrack. In practice, this means the 33-year-old Danish singer has combined her formative punk influences with the more upbeat pop she’s been celebrated for since her collaboration with Major Lazer, 2015’s best-selling “Lean On,” with in order to create a moody mix of electropop and indie rock. The kind of thing Sia might do if she had spent a weekend in bed listening to The Cure. Throughout the record, the distorted shadows of electric guitars and cellos creep eerily under undulating synths. Percussion disrupts established rhythms like intrusive thoughts. There are background effects that mimic landslides and gusts of wind.

In interviews, MØ (whose tongue-in-cheek nickname means “virgin”) has said that she got burned while on tour with her second album, Forever Never Never. Tthe psychologist’s daughter told him NME she felt “mentally drained” after seven years on the road, like she was caught in a relentless adrenaline loop: a biker riding the wall of death. That’s what the album title means, and where we find it on “Live to Survive”. Over the constant acceleration of the synths of the verse, she laments having “come down the valley of regret” and having “nights of disorderly energy”. In the propelling chorus, she celebrates surviving the heartbreak, then suggests it’s just to get her heart broken again. And again. The track has the kind of energy that will keep limbs moving on dance floors, but the hook doesn’t have enough force to knock passersby off the walls.

This is a problem throughout the album. MØ creates consistently great beats, but nothing that makes her stand out from the crowd. Her voice is slick and luxurious (think deep plum lipstick), but I’m not sure anyone can pull them out of a lineup. She sells a submissive, sexy narrative indebted to Lana Del Rey in “Brad Pitt,” purring over a whirling electric pulse: “You don’t have to be born to success/For the blood to pump under my sundress.” We learn that this love of hers has her “turning around, going around for you.” The centrifugal vibe continues in the murky slow motion of “Wheelspin,” in which she sings of supernatural love “on the other side” over strummed guitar. “New Moon” works with an empowered anti-patriarchal pop drive and stuttered syllables – no one is bringing MØ “dow-down-down”. A booming piano backs her up on “Goosebumps” as she gushes over the fear that she may “eat your mind.” The depressed vampiric mood is strong, but it meanders in search of a melody.

“Kindness” leaves both inviting and awkward gaps between the scratchy cello motifs it opens with. As MØ sings about a mutually supportive love that is “algorithm, baby,” the track builds and effectively shifts into a more pop beast. Apparently it’s about her fans. But it also resonates with the plague times in which it was written: “I hear everybody talk/But I’m stuck on a keyboard…I know I gotta stay strong, gotta stay strong.”

If you’re into pop and looking to get your independent fans on the dance floor with you, then motodrome it may be the record you need. It should coax them into shedding some moody shapes, though I doubt it’ll make them sweat enough to smudge their eyeliner.