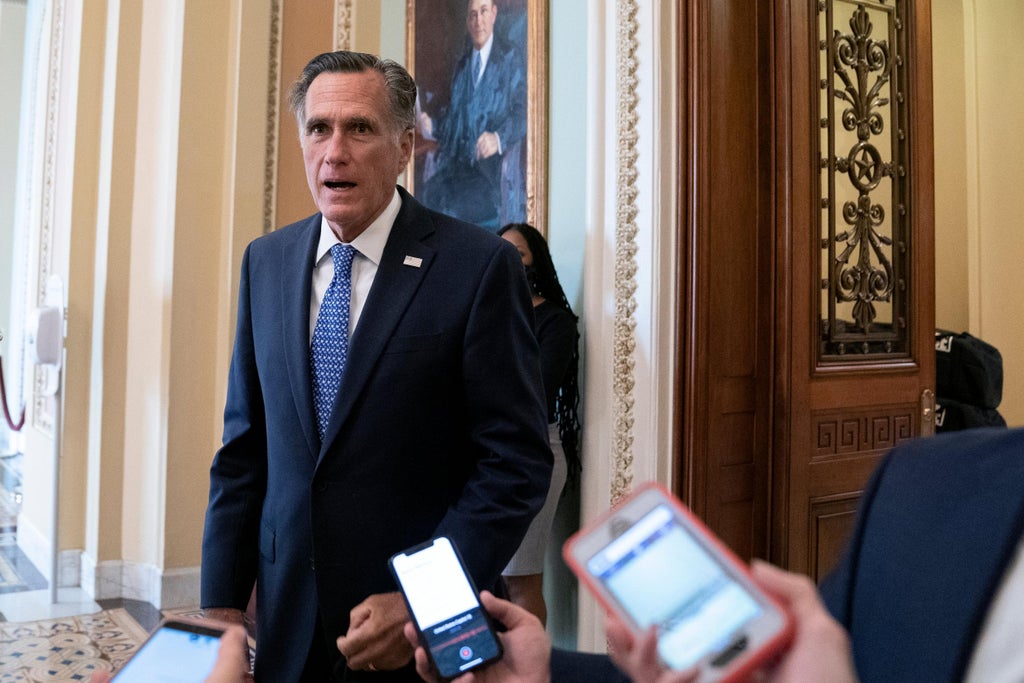 Utah Senator Mitt Romney called out the Republican National Committee for its decision to formally censure two GOP members of Congress for participating in the House investigation into the 6 January insurrection and refusing to stop criticizing the twice-impeached former president who incited it.

Mr Romney, the GOP’s 2012 presidential nominee and the only Republican senator to vote in favor of removing Mr Trump from office twice, took to Twitter to criticize the move against his two colleagues.

“Shame falls on a party that would censor persons of conscience, who seek truth in the face of vitriol. Honor attaches to Liz Cheney and Adam Kinzinger for seeking truth even when doing so comes at great personal cost,” he wrote.

An early draft of what became the censorship resolution was the brainchild of Maryland RNC member David Bossie, a pro-Donald Trump activist and ex-Trump campaign adviser, and called for both to be expelled from the House Republican Conference.

The initial version reportedly condemned Illinois Representative Adam Kinzinger and Wyoming Representative Liz Cheney as “pawns to parrot Democrat talking points” and accused them of “pursuing what amounts to a third political impeachment of President Trump.” The vote is set for Friday.

Mr Kinzinger and Ms Cheney are the only two Republican members serving on the House select committee investigating 2021 attack on the Capitol — the worst since 1814 — and the events which led a pro-Trump mob to storm the building in hopes of keeping Mr Trump in office for a second term against the wishes of US voters.

Republicans in Mr Trump’s orbit have frequently complained that the decision by the two representatives to serve at the invitation of House Speaker Nancy Pelosi lends gravitas to an investigation which the former president hoped to characterise as a partisan exercise and delegitimize it so any negative report coming from the committee would be ignored or dismissed by his supporters.

Their participation, they say, amounts to disloyalty which must be punished lest other Republican elected officials begin to defy Mr Trump’s wishes.

“The Conference must not be sabotaged by Rep Liz Cheney and Rep Adam Kinzinger who have demonstrated, with actions and words, that they support Democrat efforts to destroy President Trump more than they support winning back a Republican majority in 2023,” it said.

Harmeet Dhillon, a Republican attorney and committee member from California, said the vote to advance the censure measure from a key subcommittee was unanimous and noted that the choice to censure the two elected officials was a “middle ground” between calling for their expulsion and doing nothing.

In a statement, Ms Cheney — the daughter of former vice president Dick Cheney — said she did not recognize the current leaders of the party with which her family has long been associated.

“The leaders of the Republican Party have made themselves willing hostages to a man who admits he tried to ‘overturn’ a presidential election and suggests he would pardon Jan. 6 defendants, some of whom have been charged with seditious conspiracy,” she said.