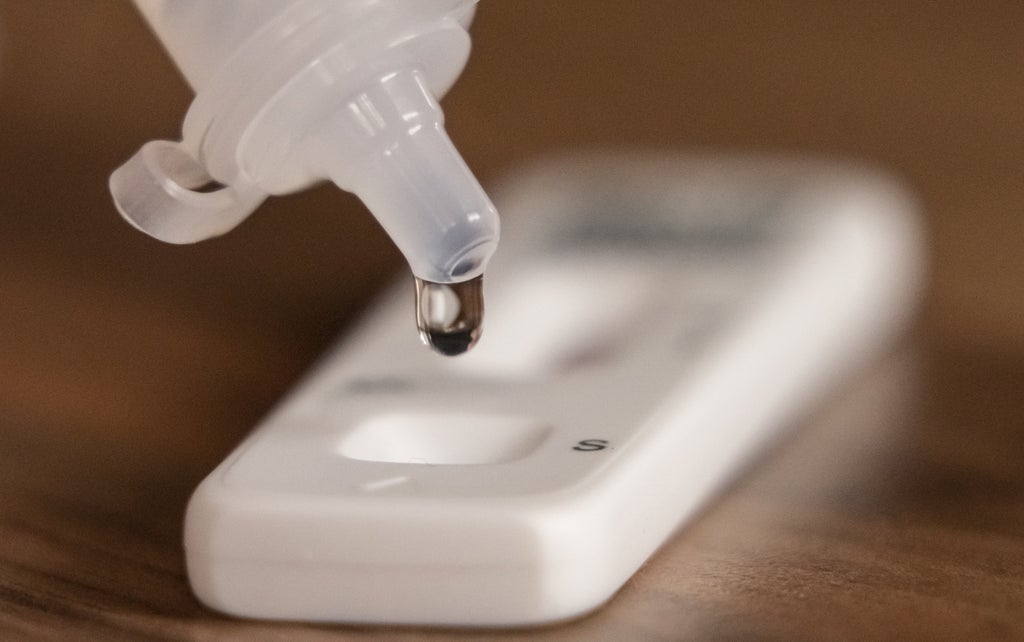 Ministers are being warned that the public could be left “flying blind” on Covid following reports free lateral flow and PCR tests are set to be scrapped next week.

The change will mean everyone – including vulnerable people, children and health and care workers – will have to pay to access tests for the virus, according to LBC.

The radio station reported that the plans are part of the Government’s “living with Covid” strategy, to be launched on Monday.

It added that, going forward, it is believed the spread of the virus in the community will be monitored by surveillance schemes, such as from the Office for National Statistics.

The Government has previously said “universal free provision” of LFTs will come to an end at some stage.

“Individuals and businesses using the tests will bear the cost,” it said in a document published in autumn last year.

Responding to Tuesday’s reports, a Government spokesperson said no decisions had yet been made on free testing.

“If there’s one sure-fire way to put the country at risk of another lockdown, it’s scrapping all the warning lights like this,” she said.

“It will also be impossible for the immunosuppressed to take ‘personal responsibility’ for assessing their risk if there’s no actual data on the level of risk in their community.

“Charging for essential tests would hit those who can least afford it hardest, at a time when families are already being clobbered by rising taxes and soaring energy bills.”

She added: “The Government must guarantee free lateral flow tests so people can do the right thing and keep others safe, not make it harder to do so.”

Meanwhile, Ian Blackford, leader of the SNP group at Westminster, called on the UK Government to confirm it will continue to fund Covid testing for returned nations.

“Any changes to testing must be guided by expert public health advice via CMOs (chief medical officers) – not imposed on a whim to appease Tory backbenchers gunning for Boris Johnson,” he tweeted.

In its autumn and winter plan, published in September 2021, the Government said: “Rapid asymptomatic testing is an important tool to help reduce the spread of the virus, while supporting people to manage their own risk and the risks to others.

“The Government will therefore continue to provide the public with access to free lateral flow tests in the coming months.”

It added: “At a later stage, as the Government’s response to the virus changes, universal free provision of LFDs (lateral flow devices) will end, and individuals and businesses using the tests will bear the cost.

“The Government will engage widely on the form of this model as it is developed, recognizing that rapid testing could continue to have an important, ongoing role to play in future.”

A Government spokesperson said on Tuesday: “We’ve previously set out that we’ll keep the provision of free testing under review as the Government’s response to Covid-19 changes.

“No decisions have been made on the provision of free testing. Everyone can continue to get free tests and we are continuing to encourage people to use rapid tests when they need them.