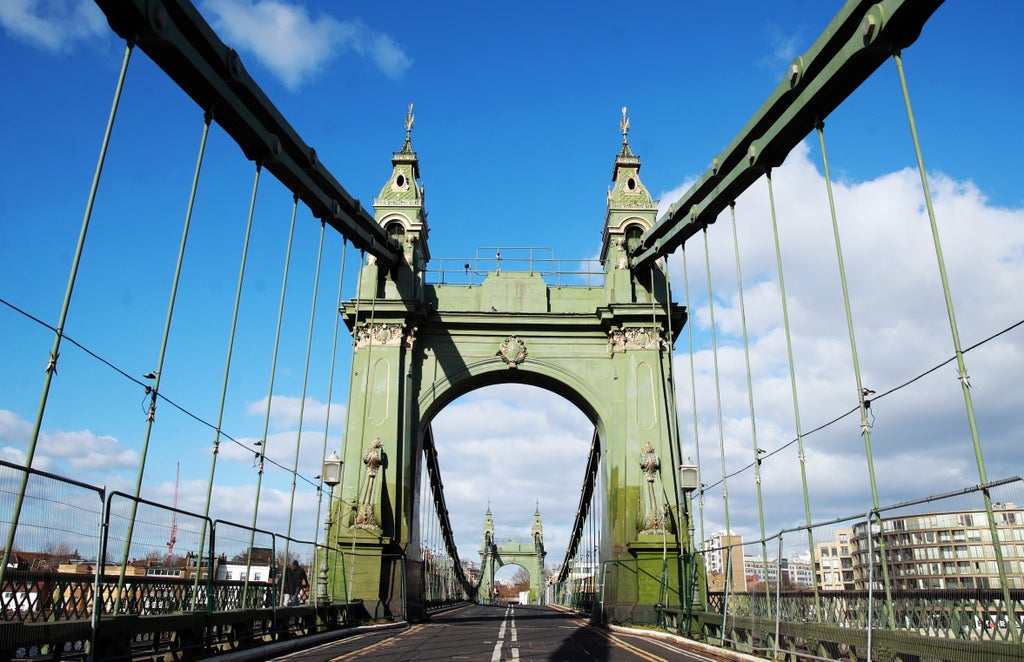 One-third of the cost of stabilizing west London’s Hammersmith Bridge will be met by the Government.

Cracks in the pedestals of the 135-year-old cast-iron structure mean motor vehicles have been banned from using it since April 2019.

This has increased journey times and congestion as it forces people to take alternative routes across the Thames.

The bridge was closed to all users in August 2020 after the cracks deteriorated during a heatwave.

It reopened to pedestrians, cyclists and river traffic in July 2021.

Hammersmith and Fulham Council, which owns the bridge, gave the go-ahead for the £8.8 million stabilization project last month, saying it did not want to “wait for the Department for Transport (DfT) and TfL (Transport for London) to pay their share”.

As part of this, the pedestals will be filled with concrete, and steel frames will be fitted around them.

The project is due to be completed by the end of the year, after which work to reopen the bridge to motor traffic is expected to take place.

Transport Secretary Grant Shapps said: “Today, I’m giving Londoners reassurance this Government will do everything in its power to keep this vital, historic structure open.

“We’re investing millions into its restoration, ensuring local residents can continue to cross the river by foot or bike, and I look forward to working further with the local council on future works to reopen the bridge to motorists.”

Roads minister Baroness Vere said: “This is an incredibly important day in the long history of Hammersmith Bridge.

“Following an enormous amount of work by engineers, Government, the London Borough of Hammersmith and Fulham, and TfL, I can confirm we will be injecting millions of pounds into its restoration, so it stays open to pedestrians, cyclists and river traffic.

“We will not lose momentum. Work is already under way to ensure the structure is reopened to motorists as soon as possible and returned to its former glory.”

TfL confirmed it will also provide a third of the required funding.

Alexandra Batey, TfL’s director of investment delivery planning, said: “We are pleased to be able to support the vital stabilization works on Hammersmith Bridge alongside the Department for Transport and Hammersmith and Fulham Council.

“We are all working to agree to a long-term funding solution that will enable the crossing to open to buses and other vehicles.”

Previous Government funding of £4 million went towards immediate work such as blast cleaning and inspections to ensure there were no long-term risks to the bridge reopening.

The DfT set up the Hammersmith Bridge Taskforce in September 2020 with the aim of bringing together the parties involved to discuss temporary and permanent solutions.