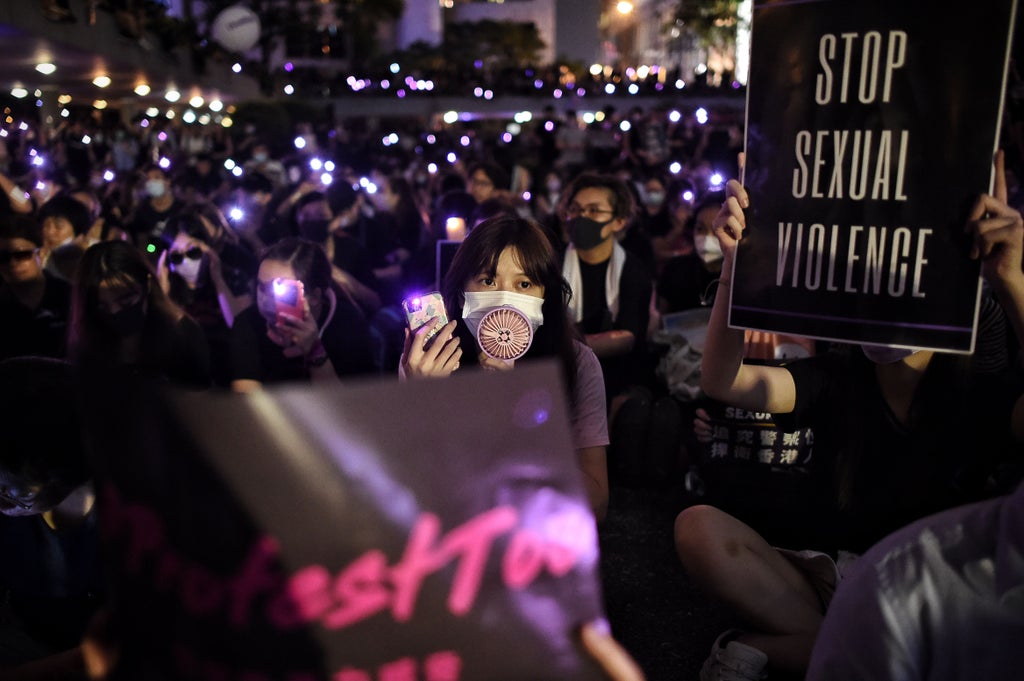 The government has said it is “looking seriously” at changing immigration rules that arbitrarily exclude young Hong Kong nationals from a Home Office resettlement route due to their age.

Lords debated a proposed amendment to the Nationality and Borders Bill on Thursday evening which would allow children who were born on or after 1997 who have parents with British National Overseas (BNO) passports to access the scheme independently of their parents.

The UK’s BNO visa scheme, designed to offer a path to citizenship for Hong Kongers in the wake of Beijing’s national security law being imposed last year, currently requires that applicants hold a BNO passport. These documents were issued to citizens following the handover of Hong Kong from the UK to China in 1997.

While the scheme allows applicants to bring relatives, including adult children, with them to the UK, many young people who have taken part in protests have had to flee alone because their parents wish to remain in Hong Kong.

The Independent has spoken to teenagers and young people from the city-state who said they have instead had to claim asylum in the UK, leaving them waiting for a year or more for a decision while being banned from working and often prevented from studying.

A number of sitting Tory MPs – including Damian Green, Iain Duncan Smith, Jeremy Hunt and David Davis – as well as former Hong Kong governor Lord Patten and former Conservative Party leader William Hague, have supported calls for the scheme to be extended to under 25s .

“I think we should address that rather unhappy imbalance in due course.”

The Home Office has previously responded to concerns by saying that the young people who are not eligible for the BNO route can come to the UK through other routes, such as the points-based system or the youth mobility scheme – but campaigners have argued that these routes are often not appropriate for this cohort.

Lord Sharpe of Epsom, the government whip in the Lords, told the House on Thursday that the government had “heard the concerns raised around the appropriateness of some of these other routes” and that ministers were looking to rectify the problems.

“We are therefore looking seriously at whether more can be done to support this cohort wishing to build a permanent life in the UK. And I can assure your lordships that we are considering the matter carefully […] We hope to update the House by report stage,” he added.

In light of this, Johnny Patterson, policy director at campaign group Hong Kong Watch, said: “The government committing to bring forward proposals to amend the BNO scheme is a vital step which, providing they follow through, will positively support and help the young Hong Kongers most vulnerable to political prosecution and vitally in need of a lifeboat.

“Now we need them to come forward with substantive proposals which address the real need of young Hong Kongers to have a meaningful pathway to settlement.”

A government spokesperson said: “Since its launch on 31 January 2021, the BNO visa route has been a success and over 76,000 people have been granted B(NO) visas so far, allowing them to make their homes in the UK”.

See also  Ukraine invasion: Why is Kyiv being likened to the 'next Grozny'?

“We are sympathetic to the circumstances of those aged 18 to 25 who live in Hong Kong and are looking at whether more can be done to support this cohort wishing to build a permanent life in the UK.”