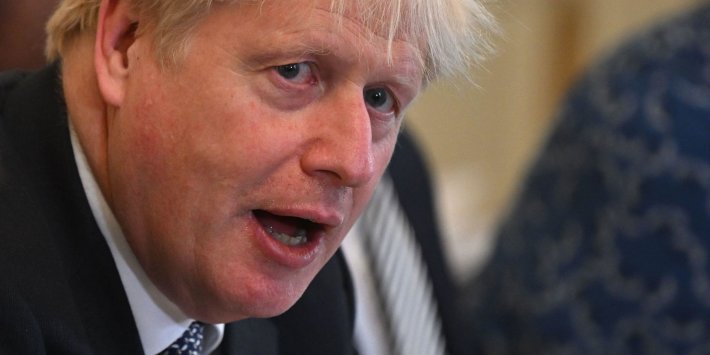 A government minister has confirmed that Boris Johnson was briefed about concerns over former deputy chief whip Chris Pincher’s behavior in 2019 while he was foreign secretary, but initially did not recall the conversation.

Responding to an Urgent Question on the matter, Paymaster General Michael Ellis told MPs on Tuesday: “The Prime Minister was made aware of this issue in late 2019.”

“He was told that the Permanent Secretary had taken the necessary action, therefore no issue rose about remaining as a minister.”

But he said that Johnson “did not immediately recall the conversation in late 2019 about this incident.”

“As soon as he was reminded, the No 10 press office corrected their public lines,” Ellis added.

The PM’s spokesperson also repeated on Monday that Johnson was made aware of allegations relating to Pincher, but failed to recall them last week.

They insisted that the briefing was not a “formal meeting” and that while the complaint against Pincher was “upheld” no action was taken.

“I can confirm that he was briefed on the complaint relating to Mr Pincher in the Foreign Office, which was resolved. I don’t believe that that was a formal meeting to inform him of that,” they said.

The spokesperson also denied that they had previously misled journalists about the PM’s knowledge of allegations against Pincher, adding: “I will always seek to provide the information I have at the time of each briefing.”

“A complaint was made. It was looked into through the Foreign Office processes with support from the property and ethics team.

“The complaint was upheld albeit not dealt with as a formal disciplinary matter, and was resolved as such. and then [Pincher] continued to serve in his post for a number of months.”

Responding to the government’s position in the Commons, Labor said the PM was either “negligent or complicit.”

“This constant charade will just not wash. These latest disturbing allegations about ministerial conduct are all about abuse of power,” Angela Rayner, deputy Labor leader, said.

“The PM was personally informed about these allegations, and yet he was either negligent or complicit.

William Wragg, chair of the public administration and constitutional affairs committee, urged ministers to “ask themselves if they can tolerate any longer” being in government.

“[Ellis] mentioned the sophisticated and robust systems for upholding standards in public life, but those systems on the whole are irrelevant if the participants have no regard for them.”

◾ Boris Johnson was briefed about Pincher in 2019

◾ PM “forgot” about that briefing amid last week’s allegations

Pincher resigned as deputy chief whip last week after it was revealed that he had groped two men at central London’s Carlton Club.

Multiple further reports have since come out regarding inappropriate behavior by the Tamworth MP.

Downing Street had initially claimed following the allegations that the PM was not aware of any “specific allegations” when he made Pincher deputy chief whip.

The spokesperson later clarified that Boris Johnson was “aware of media reports that others had seen over the years, and some allegations that were either resolved or did not progress to a formal complaint.”

On Tuesday, however, former foreign office official Lord McDonald published a letter he had written to the Parliamentary Commissioner for Standards stating that Number 10 was “not telling the truth” about the situation.

The crossbench peer claimed that Johnson was briefed about Pincher’s behavior in 2019 when he was a foreign secretary.

“There was a ‘formal complaint’. Allegations were ‘resolved’ only in the sense that the investigation was completed; Mr Pincher was not exonerated. To characterize the allegations as “unsubstantiated” is therefore wrong,” he continued.

A government source said the mood in Downing Street was “horrible” following the comments, while ministers are said to be in “complete despair”.

Morale among Tory MPs is also said to be low following the publication of the letter, with one MP saying his colleagues were feeling “beaten, angry, and depressed”.

“It’s the worst intervention I have ever seen,” they added.

“It does appear that ministers of the crown have been lied to by people in Downing Street,” says Conservative MP Mark Harper on Chris Pincher, “I think the prime minister has some serious questions to answer”https://t.co/ FCyYVaJq6Z #PoliticsLive pic.twitter.com/z0aoyw6iMk

Another back bench MP said: “Things are pretty restless. [The PM] is at his most vulnerable. I think there will be another confidence vote in autumn after the privilege report.”

Speaking on Tuesday, he said: “The first thing is that he’s very clear that when Mr Pincher was the minister in the foreign office, he did things which were similar to what he was accused of doing at the Carlton Club, and officials complained about that behaviour, and the complaint was upheld.

“So in other words, I did do those things. Now, the first question that leaps into my mind is why the Prime Minister felt it appropriate for him to remain a minister of the crown?

“It seems to me that sort of behavior should mean that you were dismissed.

“The second question is, given the Prime Minister knew that why he made him deputy chief whip?”

Harper said the role of Deputy Chief Whip is traditionally responsible for “the pastoral care and the welfare” of MPs and is “the first point of call when people have a complaint to make”, so by putting Pincher in that role the PM has shown “a complete indifference to the welfare and safety of my parliamentary colleagues”.

Harper said the reports over the past few days mean “it does appear that Ministers of the Crown have been lied to by people in Downing Street before being sent out onto the media”.

“I heard a very excellent colleague of mine, Will Quince, yesterday who said that he’d received ‘categorical assurances that the Prime Minister was not aware of any specific allegations’.

“Now, it appears that what he was told wasn’t true, and I think that raises some very serious questions about the conduct of Downing Street.”

He said Downing Street was “supposed to have been reorganized” since the vote of confidence in Johnson, in which he voted against the PM.

Harper added: “But he won, and I felt he should be given time to learn from that process.

“The weeks since haven’t demonstrated a great deal of change, and I don’t think things are working, and I think he’s got some very serious questions to answer in the days to come.”