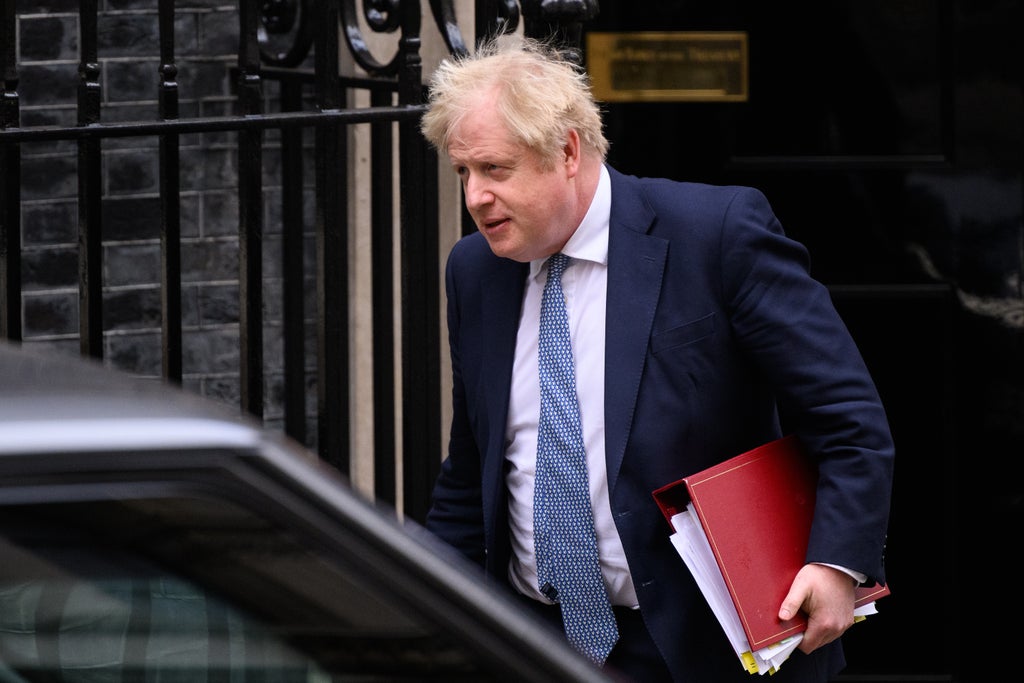 The remarks — echoed by some Tory MPs loyal to the prime minister on social media — follow an evening of turmoil at the top of government, with the departure of No 10’s director and of communications, and head of policy.

The first and perhaps most damaging resignation came from Mr Johnson’s longstanding ally of 14 years, Munira Mirza, who quit in protest at his “scurrilous” smear linking Sir Keir Starmer with the paedophile Jimmy Saville.

Her departure was later followed by the resignations of Jack Doyle, the No 10 spin doctor, Martin Reynolds, the prime minister’s principal private secretary, and Dan Rosenfiled, chief-of-staff, amid the fallout of allegations of parties in government buildings during strict Covid restrictions.

But speaking to Sky News, the energy minister Mr Hands insisted the prime minister made clear on Monday — following the publication of Whitehall mandarin Sue Gray’s “update” into rule-busting event in No 10 — that “there would be changes at the top” of the Downing Street operation.

“But the prime minister was absolutely clear on Monday that there would be changes at the top in No 10 and that is what he’s delivered.”

However, on Ms Mirza’s resignation, he admitted the move was “a little bit different”, saying: “She made clear her reasons for her resignation. The prime minister equally clear that he disagreed with her. The prime minister was also clear on Wednesday that he was referring back to the public apology made by Sir Keir Starmer in 2013.

“These are all events that happened many, many years ago. The time is now to move on.”

His comments came after a series of Tory backbenchers — loyal to Mr Johnson — defended the prime minister after an evening of chaos, applauding him for “taking swift action” and “decisive change” at the top of No 10.

Their enthusiasm was not shared by the Conservative grandee and former foreign secretary, Sir Malcolm Rifkind, who told BBC Newsnight that the decision of Ms Mirza to quit — in protest at his Jimmy Savile comments — showed the prime minister had become “toxic”.

“With the best will in the world, one has to say this is not so much the end of the beginning but it is the beginning of the end,” he said.

The Tory MP Huw Merriam also said he was “deeply troubled” by recent events, telling BBC Radio 4’s Today programme: “We all know that if the prime minister doesn’t ship up, then they have to shape out [sic]and that’s exactly what happened when this prime minister took over.

“We know how it works. I’m sure the prime minister will be focused now on getting on with the job in hand, focusing on policy and regaining the public’s trust.”

Man left disfigured by neighbor after being battered during garden dispute