Skip to content
Home News Millions face ruin as bills to rise by ANOTHER £1,000 this winter, energy boss warns 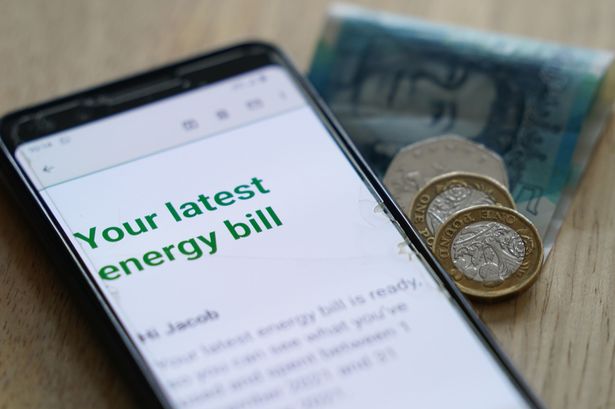 Millions of people could face a ‘horrific’ winter if energy bills rise up to £3,000 a year this autumn, an energy boss has warned.

Keith Anderson, chief executive of Scottish Power, has called for struggling households to have their energy bills reduced by £1,000 this October and said the government’s plan to give each household £200 towards their energy bill would not be enough.

He told the BBC that another expected rise in energy bills to between £2,500 and £3,000 a year could leave many customers unable to pay their bills. Meanwhile suppliers could see ‘huge losses.’

Readmore: Passengers hit out at Manchester Airport ‘shambles’ this morning with huge queues amid chaotic scenes

He said: “We need to be realistic about the gravity of the situation – around 40 percent of UK households, potentially 10 million homes, could be in fuel poverty this winter.”

The price cap, which increased by 54 percent in April, is set to rise again in October. The government revealed in this year’s spring statement that it would be offering support in the form of a £150 payment via the council tax system in England, and in October customers in England, Scotland and Wales will receive a £200 rebate on their energy bills .

People will have to repay the discount, at £40 a year for five years, starting in April 2023. Mr Anderson said a £10bn tariff reduction fund could be paid for by adding £40 annually to all household energy bills for the next decade. He said this would be the most effective way to avoid fuel poverty for the most vulnerable, reports the BBC.

Mr Anderson said that such a fund would directly tackle the biggest cause of the cost of living crisis in a way that other measures do not. Households on pre-payment meters and those in receipt of benefits would be eligible for the discount.

What do you make of your comments? Have your say below.

Mr Anderson also said more energy companies could collapse if their customers were unable to pay their bills. Scottish Power is owned by Spanish firm Iberdrola, and Mr Anderson fears that foreign owned energy suppliers may find it difficult to persuade their parent companies to continue to subsidize loss-making UK subsidiaries and exit the UK market.

If Ofgem does not recognize this when it sets the new cap, some firms will have to sell at a significant loss threatening them with further distress or collapse which would further destabilize the market, according to Scottish Power.

Mr Anderson added: “We need to find a way to help those that need it in time for winter in a way that doesn’t exacerbate the issues we’ve already seen in the industry with supplier failures and very real concerns about billpayers running up unsustainable debts,” Mr Anderson continued.

Ofgem responded that it is “too soon” to predict the level of the price cap from October. However, it said that new measures earlier this year will allow it in “exceptional circumstances”, to update the price cap more frequently than once every six months, to “ensure that the price cap continues to reflect the true cost of supplying energy”.

Ofgem added: “This was introduced in the interests of stabilizing the market and making sure both consumers and suppliers pay a fair price.” The Treasury has said it is monitoring the situation and would review the level of support needed when the level of the new price cap became clear in late summer.