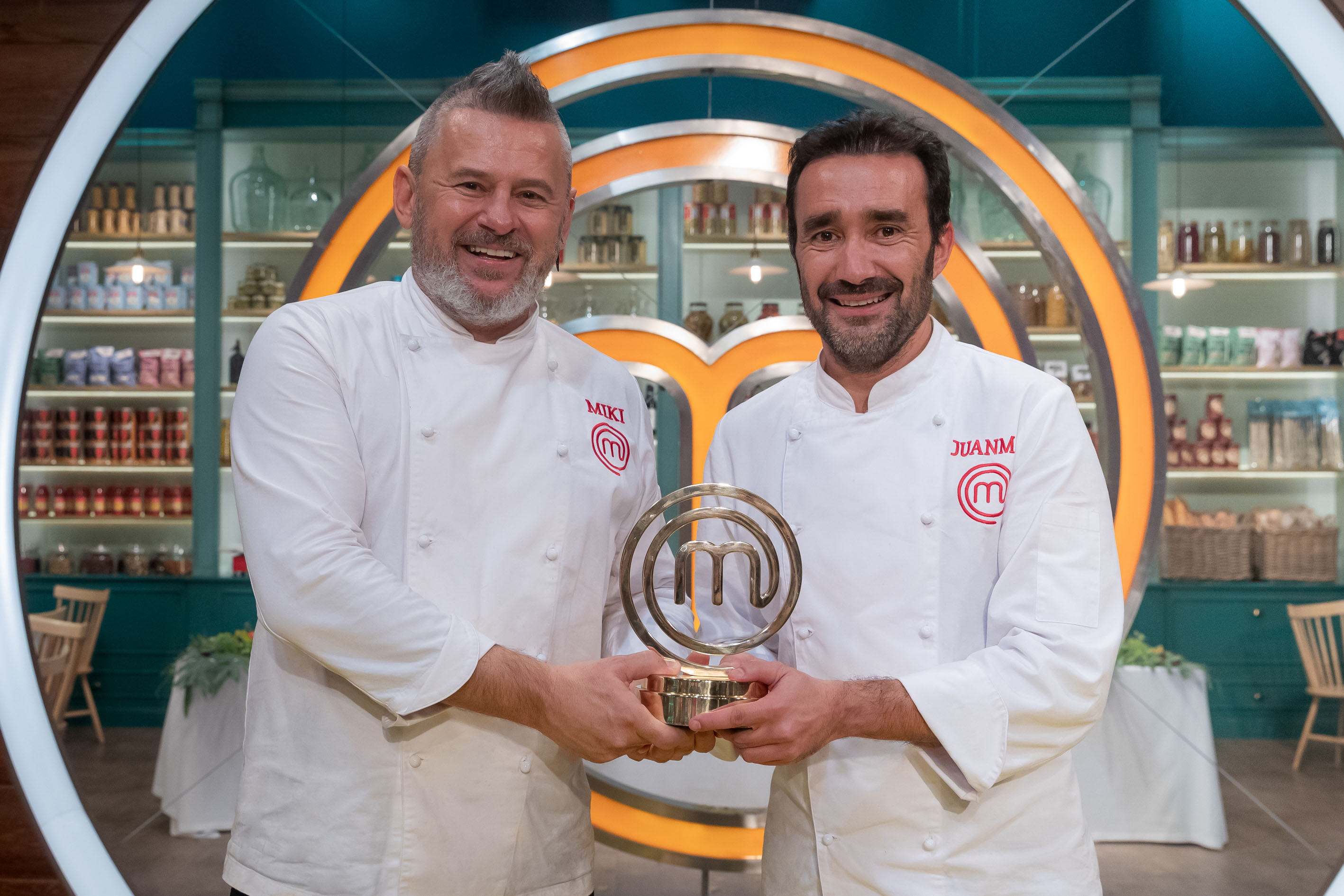 The sportscaster Juanma Castaño and the comedian Miki Nadal have been the two most provocative contestants of MasterChef Celebrity 2021, making jokes at the expense of the rest of the participants and among themselves. They have also been the ones that have evolved the most in the kitchen, according to what some members of the jury and many of their colleagues said in the final on Monday. “Our joint victory tastes of friendship, camaraderie and good times,” the two winners of this edition comment by telephone, one day after the program was broadcast.

Both came to the contest with a certain enmity. Although they admitted not meeting in person, their public confrontation was born years ago, with the usual darts that were thrown at Castaño from the Miki Nadal program 90 minutes (Real Madrid TV 2016-2020), dedicated to making ironic comments about sports news, in the style of Zapping and I know what you did….

Nadal explains that his was a pique arisen from the ignorance of one by the other. “But they put us together in the same dressing room and from minute one we realized that we were going to get along well, because we have a very similar mood. We knew we were going to have fun together the time we were there. The luck is that it has been until the end ”.

Castaño commented during the final broadcast that their connection was almost immediate and that they decided to keep their punch in a humorous way. The way their relationship has evolved has been one of the great plots of the show, culminating with former rivals and now friends making history in the Spanish edition of the culinary format by sharing the award.

Their similar attitude to the gastronomic challenges they faced has also been a bond. For Castaño, it played an important role that neither of them was obsessed with victory. “We did not want to lose, but we did not enter MasterChef to win. That made, at least in my case, I enjoyed the road without the pressures of those who were considered favorites and that we laughed more and more while we cooked. It helped us go further ”.

“Cooking is, after all, an exercise in tranquility. You have to treat her with affection and care and be very aware of her. And we have evolved in the contest in a very calm way ”, says Nadal. Although they do not plan to enter the gastronomy business, they will take advantage of what they have learned in these 12 weeks to continue enjoying cooking with greater knowledge and they would not mind presenting a program together, cooking or anything else, they say.

In the final test that has made them the winners of the edition, they had to show part of themselves. To generate emotion in the viewer during the last moments of the program, both conceived the dishes on their menus as if they were autobiographies. Nadal had prepared himself by observing in the kitchens of chef Dabiz Muñoz, husband of his partner Cristina Pedroche, and has won after being eliminated from the contest and later re-caught. On his plates he remembered the first three decades of his life, the ones before his arrival on television, with a starter of cold spaghetti with Parmesan foam, a main dish of eel stew and a dessert of burnt milk ice cream, biscuit foam and air of passion fruit. They made reference to their land and their family.

Castaño also resorted to his native Asturias, to his father’s Castile and to family gatherings for a lobster starter with seaweed, seaweed and red prawns, Iberian prey at low temperature for main and dessert, apple roasted in cider with sponge cake. oil and cider reduction with gold dust. The elaborate result is the result of many days of work. The sports commentator explains that, when there are four weeks to go to the end of the contest, the organization already advises the participants who are still in play to come up with a menu for the final. “Then you start to think about the people who have helped and advised you to enter MasterChef,” he says.

The program prize, 75,000 euros to donate to an NGO, was shared equally between the two. In addition, the two winners and two companions will enjoy a weekend creative cooking course at the Basque Culinary Center, the prestigious Faculty of Gastronomic Sciences of San Sebastián. When they come, they plan to do it together.