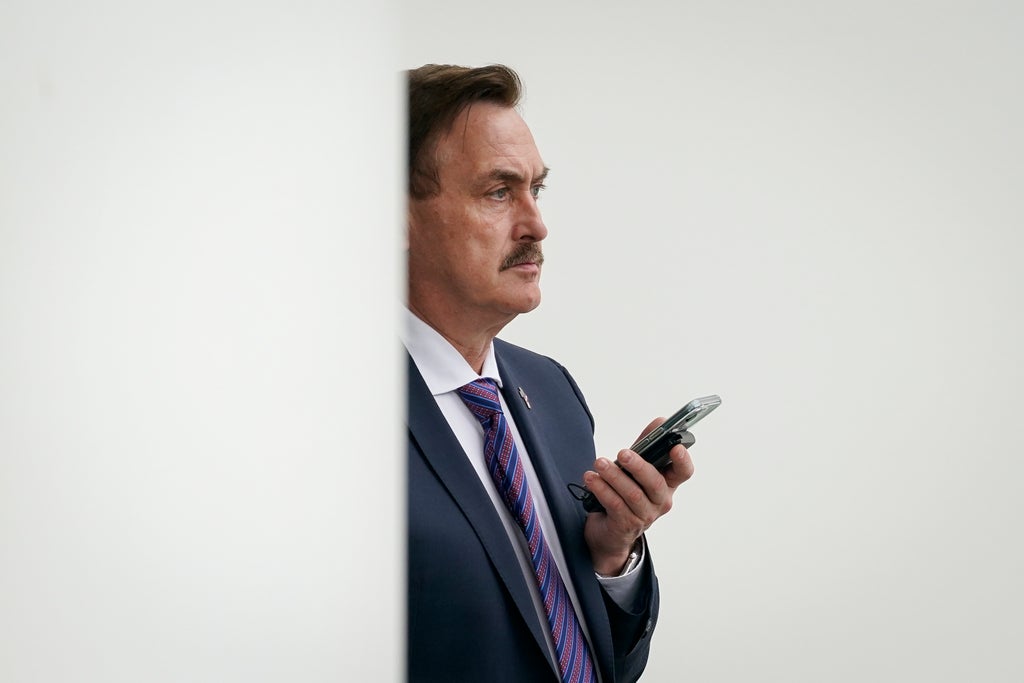 A group of pro-Trump conspiracy theorists sent Republican senators a memorandum advocating the use of top-secret communications intercepts to bolster former president Donald Trump’s claims of election fraud in the days leading up to the 6 January 2021 attack on the Capitol.

The memorandum, which was first revealed by the Washington Postopens with the baseless claim that “substantial evidence” which had been obtained by former Pentagon and US Intelligence Community analysts suggested “foreign involvement” in the racial justice protests which spread across the US in 2020, describing them as a “violent color revolution” .

It further alleged that the “foreign involvement” also extended to “altering the vote counts” in what it called “the 2020 election fraud” and suggested Mr Trump order “search inquiries” against signals intelligence data collected by the National Security Agency — the US equivalent of CGHQ — to “identify hard evidence of foreign involvement”.

Such evidence, it said, would use a classified Defense Department legal finding to “support next steps to defend the Constitution in a superior manner” to the more than 60 failed lawsuits filed to stop or reverse election certifications by pro-Trump lawyers such as Sidney Powell and Rudolph Giuliani, referring to those doomed efforts as “current civilian-only judicial remedies.”

No credible evidence exists that Mr Trump’s 2020 loss to President Joe Biden was the result of fraud, and Mr Trump’s own top cybersecurity and intelligence officials have repeatedly stated that the 2020 election was the most secure in America’s history.

The conspiracy document was reportedly authored by Michael Del Rosso, an unsuccessful GOP congressional candidate and surrogate for Mr Trump’s failed 2020 reelection campaign, and was provided to a group of Republican members of Congress by Ms Powell, MyPillow CEO and pro-Trump conspiracy theorist Mike Lindell, and Patrick Byrne, former CEO of Overstock.com.

Mr Byrne, who resigned from the company in 2019 after revelations that he’d been in a sexual relationship with convicted Russian spy Maria Butina, rose to prominence in pro-Trump circles by promoting outlandish conspiracies centered around the idea of ​​a “deep state” within the US government that was seeking to bring Mr Trump down by extralegal means.

The memorandum, which has been obtained by the House select committee investigating the 6 January insurrection, is dated 18 December 2020, the same day Mr Byrne visited the White House with Mr Lindell, Ms Powell, and two former White House officials — an attorney named Emily Newman and Michael Flynn, Mr Trump’s disgraced ex-national security adviser who had recently received a pardon from charges that he’d made false statements to FBI agents in early 2017.

It argued that the suggested “inquiry” using NSA data could be “done confidentially” and “completed in several days” because the legal efforts by Ms Powell and others were providing insufficient justification for installing Mr Trump in the White House for a second term against the wishes of American voters.

“To treat this solely as a legal issue is to ensure that the [United States Government’s] response is under-scoped and inadequate,” it said.

Mr Lindell and Mr Byrne also provided the memorandum to GOP senators Ron Johnson of Wisconsin, Kevin Cramer of North Dakota, and Cynthia Lummis of Wyoming in hopes that they would support a decision by Mr Trump to invoke classified authorities to bolster his supporters in pressing false claims of election fraud.

In an interview with the post, Mr Cramer said the “whole point” of the meeting “was getting a message to the president and the vice president on what they should be doing to stop the certification”.

“Honestly, I was not impressed by these people,” he added.