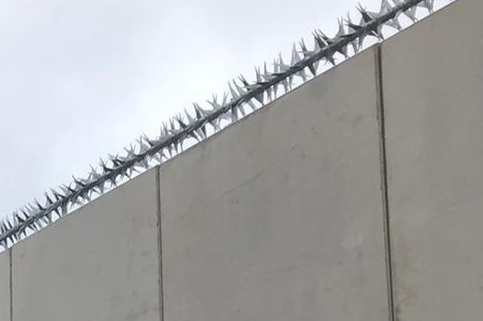 Just before reaching Santillana del Mar there is a tiny valley, called Novales, with a particular microclimate and very conducive to growing orange and lemon trees. There, the citrus fruits overflow through the branches and grasses of each farm, painting colors and vitamins to the environment. Some Sundays, my parents decided to go to eat in the area. I remember everything very eighties: tactel tracksuits, J’Hayber sneakers and Mikobruja on the ice cream board in the restaurant.

After the stew, the kid, the bottle of red wine, six Ducados and a carajillo, my father went with astonishing determination to the trunk of our Renault 19 and took out an ash wood cachava to begin the citrus picking. Esparto bag in hand, the handle of the cane served as a hook to grab the fruits of the neck and go chopping oranges, tangerines, lemons and grapefruits, covered by article 1 of that never written law by which the fruits that protrude from the vertical wall of a wall immediately become public domain.

Sometimes we would arrive late and other pickers had already cleared the low areas of the trees, so we had to climb up to the wall of the houses to be able to reach the tops of the best loaded orange trees. On many gates there were yellow signs showing the silhouette of a German shepherd and the message “Beware: Dog”, but apparently they were bluffing, or at least that is what my father said, one of those Sundays in which he believed himself to be a gardener freelance, just before jumping onto the wall of a dilapidated house where, apparently, no one lived. Lemons, when they were big, looked like melons, and my father, who had roasted a few rats in postwar years, was not going to miss the opportunity. “Ayyyy!” He yelled, creepy, as he plunged his skinny hand into dozens of pieces of glass, bleeding so gushingly that I couldn’t even look.

At that time, some people crowned the top of their walls with glass from broken bottles, embedding them in the cement to prevent theft and break-ins. Those were other times: the seat belt was not compulsory in the car, many heads of the family drove having drunk five wines and a cognac, and it was common to smoke cigars holding a baby in their arms, without any of this being a constitutive fact of crime. Over the years, due to the many arms torn when escaping from dogs, wolves or criminals, and the many cracked hands when jumping over walls to recover lost balls, logic prevailed, and the municipalities began to include the prohibition in their urban planning plans. to finish off enclosures with elements that could cause injury to people or animals.

Now, 35 years after that scene, in front of my house, the president of the Port of Santander has decided to install more than ten kilometers of concertinas and blades to shield the security of the enclosure and thus dissuade those who try to sneak in to set sail for the England. The operation will cost more than 300,000 euros. In this city, we go out to two euros per head. The equivalent of buying 1,000 ferry tickets for the Santander – Portsmouth route.

Cecilia Malmström, European Commissioner for the Interior, says that the blades on the Melilla fence “did not prevent people from entering, but they entered and also suffered injuries.” The Ombudsman confirmed his rejection of these “because they are extraordinarily cruel.” “It is possible to increase security by eliminating harmful elements such as concertinas,” said the Secretary of State for Security, Rafael Pérez; and Papa Francisco wept when he saw them installed in Ceuta and Melilla “because so much cruelty does not enter my head, or my heart, instead of turning ports into bridges.” While Grande-Marlaska, upon becoming Minister of the Interior, announced the withdrawal of these elements as one of the great flags of his administration, citizen groups have already collected almost 50,000 signatures showing their rejection of the plan. One signature for every three Santander residents. Perhaps the next thing is to nail an anchovy to each skewer of the wire so that President Revilla reacts, reasons, and puts an end to this nonsense.

The concertinas do not deter. They pierce, tear, and even kill. The determination to migrate in search of a better future is as non-negotiable as the courage that it requires, and that there is no blade or fence that can stop it. Of course, for those who never had to flee from fear and poverty in their country, it is not easy to understand.

“Don’t bother, come on!” If it’s two cuts of nothing, ”my father said, as he made a tourniquet with his shirt to stop the bleeding in his right hand and covered his left hand with a blue towel, brought from the shipyards where he worked. -Some crystals are they going to stop us? Here we have come to what we have come, ”he added, before climbing back onto the wall to finish collecting.

Ricardo Fernandez He is a member of the NGO No Name Kitchen.