Skip to content
Home News Migration in America: from a security issue to a dignity issue | Opinion 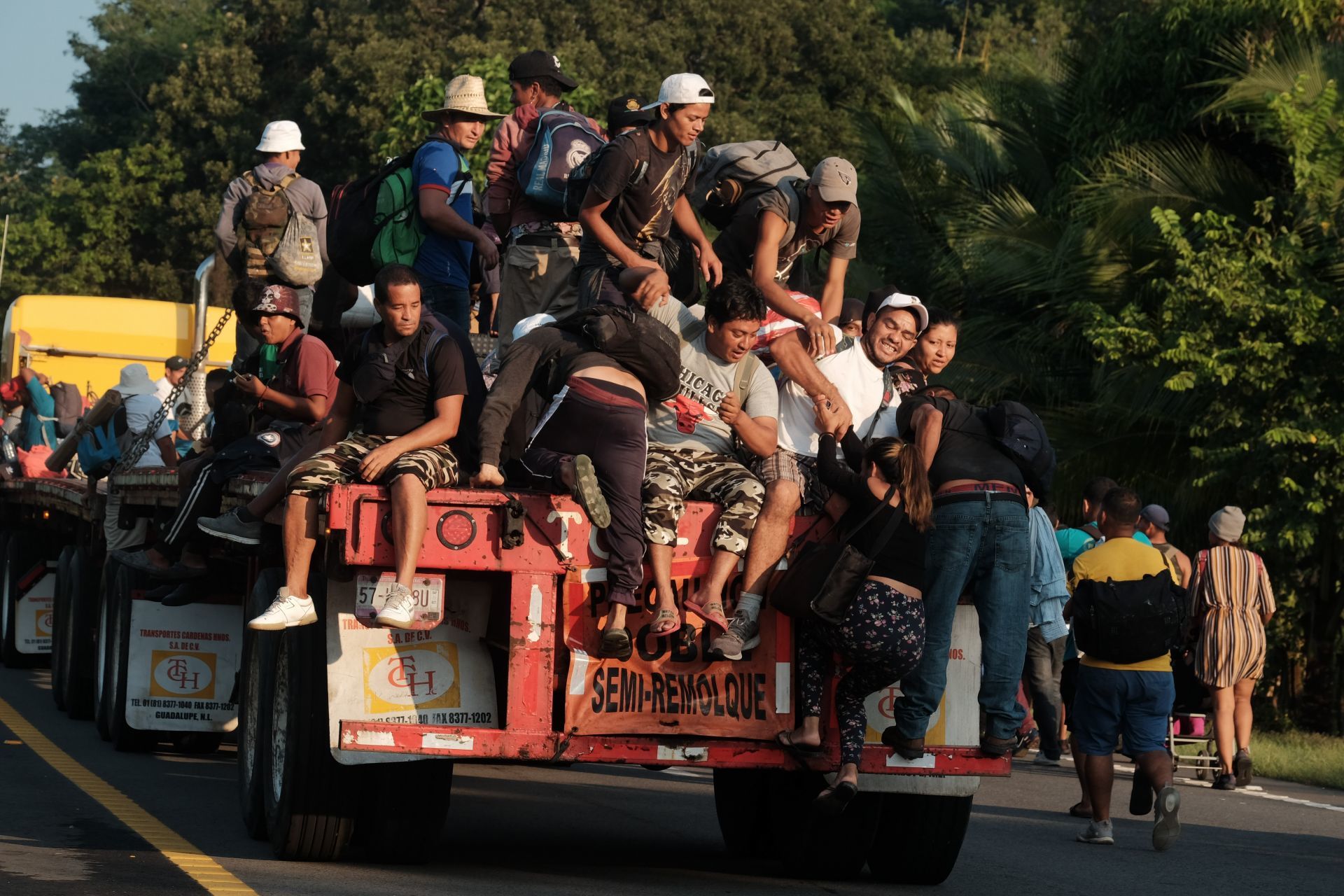 After the first 21 years of the 21st century, it is confirmed that, indeed, this is the century of migrations in the American continent. We have to elucidate how we manage this challenge, take advantage of its potential and transfer it to the agenda that belongs, which is not that of security but that of dignity, work and development.

The magnitude of migratory flows is reflected, among other data, in the fact that 50 million immigrants live in the United States and eight million in Canada, that is, one out of every five migrants in the world lives in North America (UN DESA, 2020).

At the beginning of the 21st century, Mexican migration reached unprecedented figures, with more than 500,000 compatriots trying to reach the United States in an undocumented manner.

The initial agreements between the governments of Mexico and the United States to broaden the spectrum of legal, orderly and temporary migration of workers seemed to be shaping even towards an immigration reform but, as it will be remembered, everything fell apart with the attacks of September 11, 2001.

The United States tightened its immigration policies, especially border protection measures, migration moved to the national security agenda and it was no longer possible to establish a dialogue within the framework of an economic and labor agenda. However, the Mexican population in the American Union increased by four million in the first decade of the century.

Simultaneously, there was an increase in Central Americans passing through Mexico with the intention of reaching the United States. In 2005, the National Migration Institute (INM) secured and sent to their country for the first time more than 200,000 Guatemalans, Hondurans and Salvadorans.

Along with the increase in the numbers, there was also an increase in abuses and later in crimes against migrants. Only then did we realize that as a country we had more clarity and consistency in defending our countrymen in the United States than in respecting the human rights of Central Americans in Mexico.

See also  Ukraine invasion: What to know as Russian troops sweep in

I had to be very close to undocumented Central Americans in the second half of this century, when we saw the violence against them grow. Could anything be done to protect the human rights of transmigrants in the midst of such a complex context?

I am going to cite three actions that we carried out because in some way they could serve as a reference to guide what can be done now.

We prepared a special report on the state of human rights in immigration stations, followed by a recommendation to respect the rule that only INM personnel should carry out immigration reviews, and we prepared a report on kidnappings of migrants. The three documents were explosive, particularly the third because it was something that happened in the shadows and there was no authority that wanted to recognize it. And for not wanting to do so, unfortunately a year after the report was presented, the massacre of 72 migrants occurred in San Fernando, Tamaulipas.

I believe, however, that these actions, added to others by civil organizations, contributed in those years to reducing violence against Central Americans in Mexico. Similar efforts could now be made, for example the following:

1. Ensure that State agents respect the human rights of migrants. This strategy is aimed at not overwhelming ourselves with the complexity of the migration phenomenon. Yes, it is difficult, but let’s start with what is within our reach.

I believe that the current government is in this line of will, but also that it needs to be very effective to ensure that the human rights of migrants are not violated either on the roads or in the immigration stations.

2. Establish that only INM and National Guard agents can carry out immigration checks. Nobody else. Thus, contact with migrants is limited to these two instances and the possibility of human rights violations is reduced.

3. Combat trafficking and human trafficking through intelligence and specific actions. We have to avoid more tragedies like the one on December 9, when 56 migrants died and more than 100 were injured. And we also have to avoid labor and sexual exploitation, particularly of women and girls. Let us take charge of the defenselessness in which we have left the migrants and guarantee their safety and integrity.

Beyond these actions, I believe, as I have said over the years, that it is necessary to work on the causes that lead people to abandon their families and homes, which now occurs not only for work or economic reasons but also and largely for reasons of insecurity in large areas of Central America and even Mexico.

Faced with the unprecedented, you have to do the unprecedented. The countries involved have to sit down to build agreements because no one can alone. We could, yes, continue to detain migrants and send them back, but the results would remain poor, insufficient and inhumane.

We must recognize that we have to go further. Undocumented migrants are out of necessity. And America has a lot of undocumented workers because it needs them. Let’s work together to analyze the extent to which migration is an effective needs-satisfier and development factor, as indeed it is.

We can agree on a new dimension of authorized flows, how we order them and give them guarantees, and what are the commitments of the migrants themselves.

I’m not saying it’s easy, but it is possible. It requires understanding and political will, a lot of intelligence, commitment to build agreements and the ability to reach human and productive solutions in the medium and long term.

I propose once again to remove migration from the security agenda and move it to that of human dignity, shared development, employment and regional growth.

Mass migration is a reality and it will be for the following decades, so we must assume that we have a great task that, well done, will not only save us difficulties and tragedies but will also generate benefits for all countries that in one way or another. form we participate in it, either as origin or destination, as territory of passage or return, or as recipients of remittances, all of which, by the way, happens in our country.

Mauricio Farah He is the Secretary General for Administrative Services of the Senate and a specialist in human rights.