Skip to content
Home News Míchel: “I learn Catalan because it is culture and education, whoever criticizes it I call closed-minded” | sports 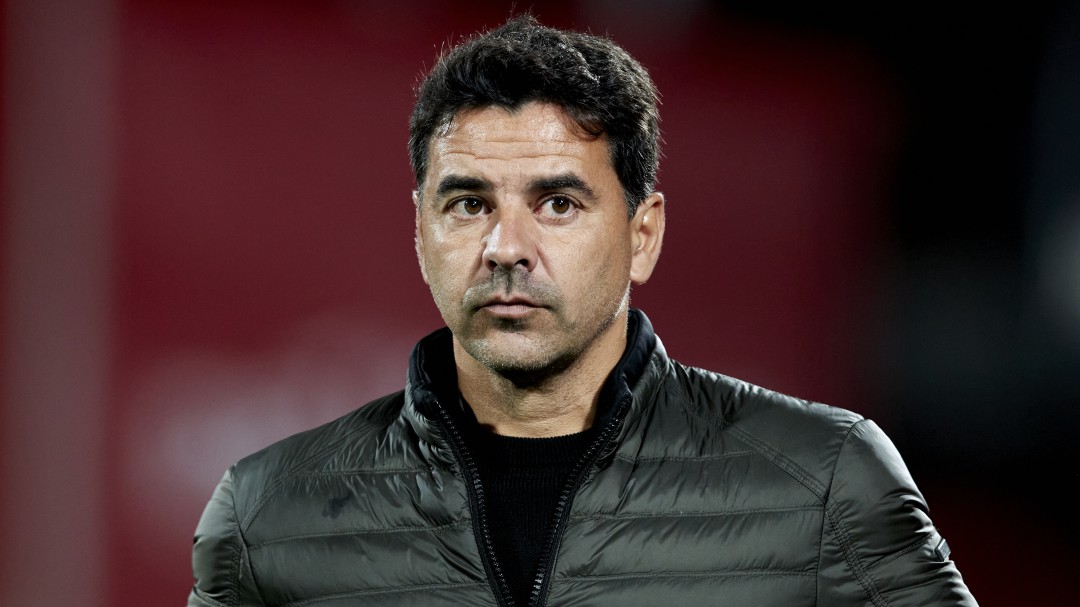 This morning at the ‘Què t’hi Jugues!’ from SER Catalunya we have spoken with Míchel Sánchez, current coach of Girona CF, to analyze the dynamics of the team, sixth in the Second Division and in play-off positions, but also to talk about its relationship with the city of Girona, with Catalonia and with Catalan.

“I’m learning Catalan because it’s culture and education. It’s the best way to integrate,” said Míchel, who has been studying Catalan since his arrival in Girona. “I don’t see it as something exceptional, I see it as something natural. I like what I’m doing, although in some places they are criticizing it, but I don’t care, I’m calm”, said the Girona coach, who added: “I call those who criticize him ignorant and closed-minded.”

Team dynamics and the goal of promotion

Currently, Girona is sixth, they are in play-off positions for promotion to the First Division and Míchel has made it clear in the ‘Què t’hi Jugues!’ that the objective is none other than to achieve promotion. “The illusion is to make a Girona that can achieve promotion, knowing the difficulty that there is”, highlighted the coach of the Catalan team. “We want to continue there knowing that there are many teams fighting for the same thing. I have a lot of confidence in the squad we have and I think we can be one of the contenders to be at the top”, added Míchel Sánchez at SER Catalunya.

Even so, the Girona coach has highlighted that the Second Division is a complicated and very even competition. “There are no easy opponents in this category. The goal is to be at the top as soon as possible and fight for everything, but the league will tell us where we stand at the end”, he stated and added: “I’m not afraid of no rival, but we are not superior to any if we don’t show it on the pitch”.

Míchel Sánchez also wanted to highlight the good atmosphere that exists in the club. “In Girona and Catalonia I am happy because I see that football is breathed and beyond the results they see that there is work behind it”, said the coach, who highlighted the role of Cristhian Stuani, top scorer in the Smartbank League. “Stuani is an added value that the club has and that we are lucky to be able to count on him. He is a special player. He has scored 15 goals and I hope the number increases because he is a definitive player in the area”, he said in the ‘ What t’hi Jugues!’.

Controversy with the VAR

Míchel has also spoken about the arbitration controversy that occurred in the last game against Lugo, when the VAR annulled a penalty in favor of Girona, which the referee had initially called at the hands of a Lugo defender. “There is a debate everywhere that is not easy. The referees make their decisions, but I think that the VAR in these decisions is not helping much”, said Míchel.

Iturralde González has analyzed this controversial move in ‘Què t’hi Jugues!’ and he said that he understood Míchel’s statements about the intervention of the VAR and that it was a mistake of the referee to award the penalty. “The referee calls a penalty, so if you’ve seen it, why do you need VAR? It’s a referee’s mistake because that hand is in a natural position. It’s not a punishable hand.”

Míchel has explained that the VAR should intervene only to help the referee. “The referee sees the possibility that he has covered the goal and although the hand is down, he believes it was a penalty. I think that the VAR should not come in. The VAR is there to help the referee, not to make him doubt”, said Míchel . “The one on the pitch is the referee, who is the one who makes the decision. If there is no manifest error situation, it should not be re-referred. I think a little more dialogue is needed,” added the Girona coach in the ‘What you play!’.